“Everything came together during our final year”

In July 2019, Dutch pepper grower Léon Barendse sold his company Barendse-DC in Middenmeer to neighbor Agro Care, who made him an offer too good to refuse. Until then, he hadn't even considered the option of selling the company, and neither did Léon want to hear about quitting in 2019.

After careful deliberation, it was decided that 2020 would be the final cultivation year for the company. However, 2020 became a "terrific year" rather than a final year in which mediocrity ruled, as Léon and his wife Petra reminisce while sitting at their kitchen table in the Dutch Lisse. 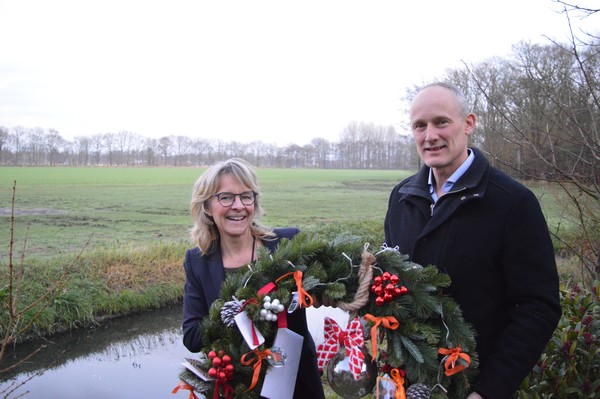 Petra and Léon Barendse with the flower wreath they gave them at their farewell party. "Over the past years, we have gotten really close with each other. For instance, people who work for us once invited to Poland to visit what they called ‘our apartment’, since they bought it with the money they saved by working for us. Special moments like those are part of why our family-run business now has to stop, but the family bond with everyone remains.”

The pepper grower realizes all too well that these things are not to be taken for granted. “Soon after the official sale, we had a company meeting organized by our own employees”, says Petra. “It turned out to be a huge party where Léon, whose birthday was the next day, was spontaneously sung to by the staff. They didn’t know about the sale at the time, so it really moved me.”

Léon: “When we told our staff on a later date, it led to some heartfelt, emotional reaction. I was not expecting them to be so sad. Everyone stayed with us to make our final year a great one, which could have gone entirely different. Our staff could have just as easily decide to look for work elsewhere despite them being able to stay on in the greenhouse under new management. There was a lot of interest in them because well educated and experienced employees are of great value.” 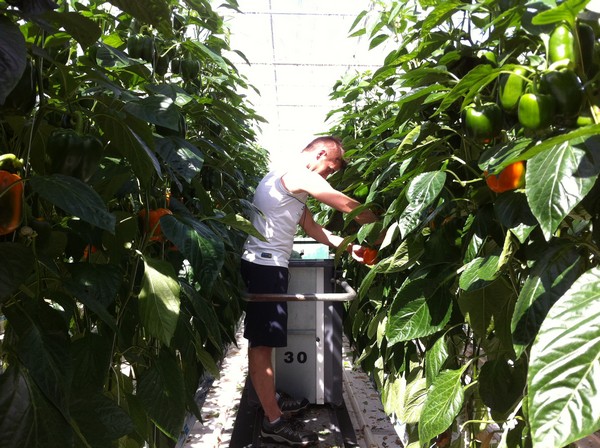 Increasing disparity
And there is a reason for this. Because of the upscaling and the professionalization within pepper cultivation, a company's success largely depends on the order one has on labour. No other crop knows as many ups and downs in production as the pepper does, with varieties that aren’t easily managed. Harvesting one day too late or too early can easily be noticed in the growers' income.

Léon: “As prices might drop by 50% in one day, it is necessary to harvest every kilogram at the right time. It is obvious that not every pepper grower is able to do so, which causes the disparity between companies to increase. Smaller growers, who need to do everything on their own, simply cannot compete with larger companies who have an easier time getting specialists involved and optimize their production.”

On the 30th of November 2020, the "great year" was concluded with a high production volume. “Everything came together this year. Labour was going well, and the extra productive variety certainly helped. It all just made sense, causing the orange pepper's production to run parallel with the yellow pepper. Even looking at the productions of other growers now, I’m happy with what we achieved.” 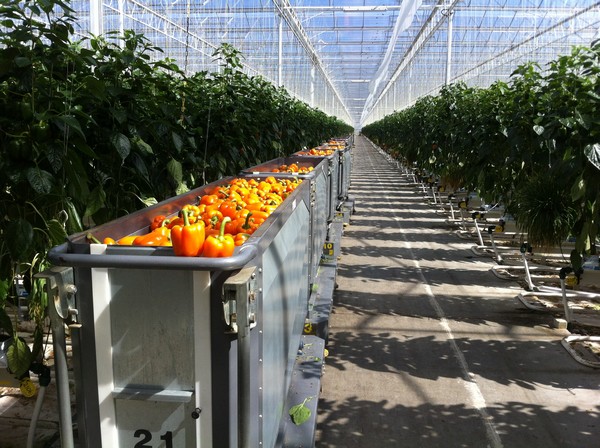 Orange peppers
Léon and Petra were inseparable from the orange pepper. Straight away in 1986, when Léon started cultivating in Poeldijk together with his brother Mathé, they decided to go for the orange pepper. “The peppers we used to harvest back then provided a bountiful harvest”, Léon remembers. Even after buying a plot of land and building a greenhouse in Middenmeer at Agriport in 2007, the grower continued cultivating orange peppers, among others. Green, red, and eventually, in the latter years, yellow peppers, were grown beside the orange ones he started with. “The orange pepper remains a unique product. Together with colleagues from the Oranje Paprikavereniging, we have promoted the product for years. I remember a marketing campaign together with supermarket Deen in 2008, leading to an increase in the consumption of orange peppers as well as the consumption of peppers in general.” 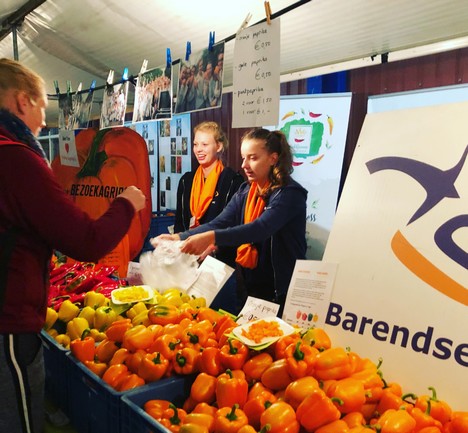 Despite all of this, the orange pepper never really made it big in the Netherlands and, by now, is mainly an export product. “Even Dutch Kings day can’t change that”, Léon jokes. However, many people just love the orange peppers. “We still get messages from people abroad who have found an orange pepper on the shelves in their supermarkets”, says Petra.

Telling the story
With the sale of the greenhouse, a lot has changed for her as well. Over the last few years, Petra, just like Léon, became a familiar face in the greenhouse horticulture area of Agriport. The growers settled there back in 2007, and the final greenhouse in Poeldijk was sold in 2013. Léon took on the cultivating, and Petra started guiding tours, a role she unintentionally ended up in. “At Agriport, where the greenhouses started to spring up like mushrooms in a field, growers working in the area didn’t have the time to tell the story of greenhouse horticulture anymore. They asked me to give a presentation at one point, and I just never stopped doing it. I soon realized that after listening to 45 minutes of information about greenhouses, people really wanted to see one from the inside. After talking it over with Léon, this became possible, under a few conditions and taking into account the usual hygiene measures, of course.” 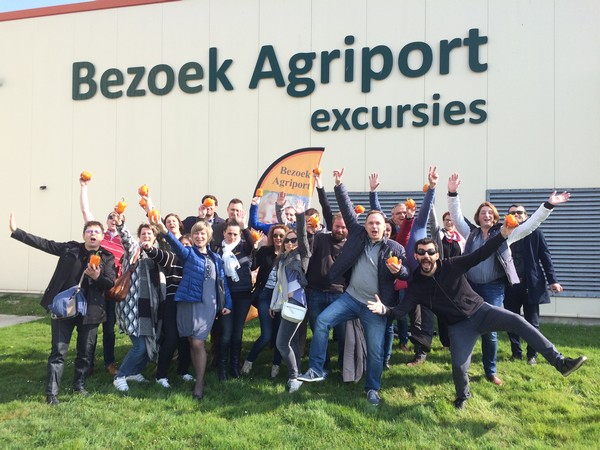 From B2B-groups to school field trips and from foreign dignitaries to bachelor parties, I have seen so many people drop by to take a look inside of the greenhouse. After a while, we received about 7000 visitors a year.

Léon: “Obviously, the hygiene in the greenhouse was important, but it is just as important to tell others what it is you actually do. Especially at Agriport, where the companies keep growing bigger and bigger. Showing what you do ensures you a good support base. Consumers are increasingly distanced from greenhouse horticulture and the manufacturing industry in general. If we don’t tell people what we do, they will make their own stories, which are often not entirely accurate, if at all. This would be a shame and should be done better by the sector.”

Next steps
After selling the company in Middenmeer, Léon and Petra moved to Lisse, which is located in the middle of the Netherlands, from where they plan on taking up new ventures. Petra sees new opportunities for guided tours in the flower bulb region. “It’s important for agricultural entrepreneurs to create a support base for their ventures here as well. Education helps. Bulb fields like the one next to our house are pretty, but not pretty enough to walk through on a hike or to take wedding or family photos in. It’s how the growers earn their money. Just as in greenhouse horticulture, growers are very busy and sometimes have trouble conveying their message. I want to help them with that.”

Léon will primarily be focusing on his studies. “I started a Master in Business Administration at Nyenrode Business University. Thanks to selling the company, I am now able to put more time into studying.” But first, they have to let it all sink in, especially after a still rather hectic final year We even had a fire within one of our greenhouses. The insurance agent is still working on it. “Due to the Corona pandemic, a large farewell party was not possible, but saying goodbye to all the people in person was something I very much enjoyed.”

Will all of his cultivation experience be lost with this goodbye? “Colleagues can always call me. Whether or not I can help them with my advice after this successful year, you ask? I wouldn’t know. Every year is different. I also had years where I lost a lot of money because we were late with pest control. You need a very accurate planning these days, which makes it even greater that we were able to end the year the way we did.”