Australian company SwarmFarm Robotics has raised A$4.5 million (US$3.22 million) in a funding round led by local VCs Tenacious Ventures and Artesian. The Queensland Business Development Fund also supported the round.

The start-up was founded in 2012 by farmer couple Andrew and Jocie Bate. SwarmFarm is one of only a handful of companies globally to have actually delivered autonomous robots to commercial farmers and set them to work.

The Bates and their team are taking a platform approach to ag robotics. Central to this offering is the start-up’s SwarmConnect ecosystem, which is like an API that ‘opens’ the SwarmFarm platform and enables developers, farmers, and partner organizations to program its robots to suit their own needs. 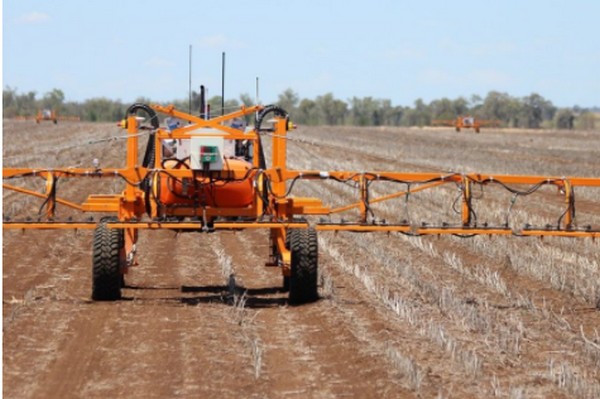 With SwarmConnect, “independent developers can release new farming solutions as apps and attachments on board our robots,” co-founder and CEO Andrew told agfundernews.com. “We are just scratching the surface of how apps […] can allow the brightest minds from around the world [to] begin to solve agriculture’s problems, one app at a time.”