“Our first season and successful production of raspberries and strawberries”

Since the beginning of this year, a farm belonging to a company specializing in the sale and distribution of fresh dessert soft fruits has been operating near the Polish Poddębice in Łódź province. The new investment focuses primarily on the production of high-quality berries. The 12 hectares that have been launched so far are only used for production under tunnels, where strawberries and raspberries are grown. Although it is currently October, the harvest of these fruits is still taking place there.

These are exciting times for Polish fruit grower Daifressh, as the company’s launched a new location to grow soft fruit in. “This is our first year of activity related to fruit production in Poland in a new location. Daifressh already owns a 9 ha tunnel plantation near Kalisz, but this is a new locations with new opportunities. We have launched 12 ha of tunnel production this year. We are currently carrying out further works related to further investments, this time in the cultivation of blueberries” says Krzysztof Zabowka, managing director of Daifressh Berry. 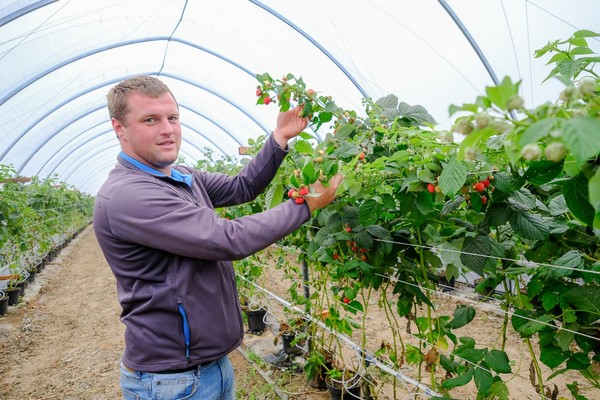 All the activities carried out here are focused on the quality of the final product, from the production technique to all the nuances of cultivating. It was already supervised by Dariusz Danilkiewicz, Technical Manager of Daifressh Berry production. “This year was not easy for us, a lot of new investments, intensive production of both strawberries and raspberries, a fight against time to get everything done on time. I can't say that we did everything right. Sometimes we lacked people to work and had to make choices about what was more important, what to do and what to let go. Nevertheless, I believe that our first production season can be considered successful,” says Danilkiecz.

In just 4 months, from January to April of 2020, Daifressh built 12.5 ha of plastic tunnels and started the production of strawberries and raspberries. However, this is only the beginning of the investments the company has planned. “In Poddębice, located near Lodz, we are planning a blueberry production and some of it part is building right now. A consolidation center for logistics and distribution will also be built, where our fruit will be packed and delivered to customers for 52 weeks a year. Our priority is mainly to supply the Polish retail chains, but we also supply our fruits to clients from other European countries. In addition to our own production, the company relies on Polish suppliers of strawberries, raspberries and blueberries. Daifressh also has a second location in central Poland, near Kalisz, where we grow strawberries on Table-top systems (hydroponic), also in tunnels on an area of 9 ha.” Mariusz Podumniak explains. 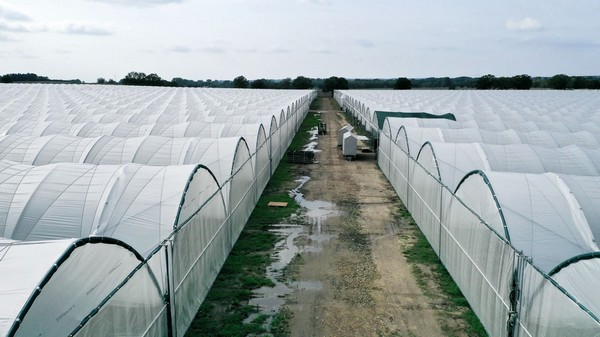 As this isn’t the high season for the soft fruit, demand and sales are lower than they would be in the summer. Podumniak does feel there is demand for the strawberries and raspberries. “We observe a constant interest in fruits, especially blueberry, strawberries and raspberries. However, the amount of sales compared to the main season is about a third of the volume. The decrease in purchases among customers is due to the higher price and the weather, because at the moment we have typical autumn weather. In Poland this means a lot of cold days. The main customers at the moment are retail chains that have bought from us all year round. On the other hand, sales on the traditional market decreased dramatically, also due to the weather and high prices. Our main customers and recipients are retail chains, mainly in Poland, Czech Republic, Slovakia and Hungary.”

In the case of raspberries, two varieties were grown on a production scale: Majestic, planted from long-cane cuttings in early April, and Enrosadira, planted in mid-April, from plug plants. Among these varieties, Majestic turned out to be the clear favorite. “These are mainly varieties with a rather loose habit, that’s why the fruit is clearly visible and exposed to the pickers. It is easier to look after the plants and perform plant protection treatments.

'Enrosadira' is a variety with great vigor and growth force. This can be seen from this year's shoots, which are already 3 m high in places. However, this is a certain difficulty in production. Also, the quality of fruit in 'Majestic' is definitely better than 'Enrosadira' - believes Dariusz Daniłkiewicz. In the case of plants planted as long-cane, fruiting canes have already been removed, and the harvest of this year's shoots is still underway. They will remain for production for the next year for harvesting from two-year-old shoots.” Zabowka explains. 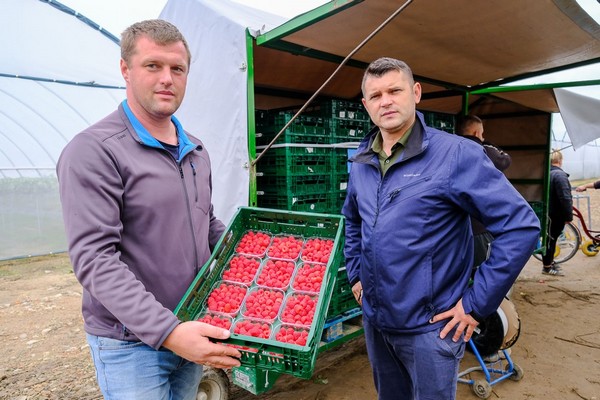 For strawberries, the harvest is almost at its end. According to Zabowka there is a possibility however, for harvest to continue if the weather plays nice: “In the case of strawberries, two varieties were also grown: 'Murano' and 'Vivara' - in a coconut substrate. Here, the clear leader in terms of fruit quality was the 'Murano' variety, which harvested a yield exceeding 1 kg of fruit per plant despite delays with the planting date. The potential was much higher and it was possible to obtain even 1.3-1.4 kg per plants, which still shows a large number of green fruits and flowers. In the case of strawberries, the harvest is nearing the end, but if the weather is good, the harvest will continue. After harvest, the plants will be removed and the mats will be used for production in the following year.”

Shortly after the project for the new location started, the pandemic hit the world. This naturally brought its own set of challenges for Daifressh. The most prominent one was a lack of labor, which was not just caused by the pandemic, but invited workers moving on to work for other businesses: “One of the problems that accompanied this season was the insufficient number of employees to work with the harvest and care of plants. This is our first year of such intense activity in Poland and we have faced the realities of hiring employees, including foreigners. The biggest problem, in my opinion, is the migration of workers from Ukraine who, after a few days of work, move to other places. Such a practice should not take place, and employees who come on invitation to a dedicated farm should be allowed to work legally only there. This is a challenge for the entire horticultural industry.” Zabowka concludes.