On October 8, the UK and Ukraine have signed a Political, Free Trade and Strategic Partnership Agreement. UK Prime Minister Boris Johnson hailed the agreement as proof that Britain was Ukraine’s “most fervent supporter.” It marks a new chapter in UK-Ukraine relations and includes an ambitious free trade component that could now see economic ties strengthen considerably.

The trade element of the new UK-Ukraine Agreement ensures preferential treatment on a range of goods and services. It is based on the 2014 EU-Ukraine Association Agreement. Around 98% of Ukrainian goods will now receive greater access to the UK market, with tariff quotas maintained in most cases.

Taras Kachka, Ukraine’s Deputy Minister of Economic Development, Trade and Agriculture, has stated this agreement will allow Ukrainian exporters to boost exports significantly next year once Britain completes its separation from the EU. 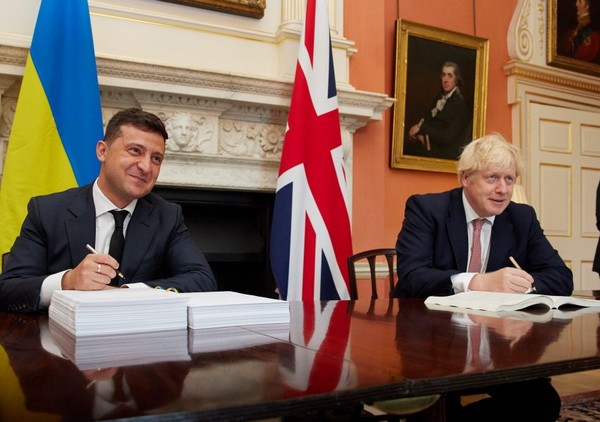 The current quota for Ukrainian tomato paste exports to the EU is 10,000 tons. This will remain intact, while the new British agreement will open the way for an extra 2,000 tons of Ukrainian exports to the UK. There are also plans to expand current UK quotas in the coming years as Ukraine negotiates improved terms with the EU.

The deal offers a range of advantages for post-Brexit Britain. Crucially, freer trade with Ukraine will make a significant contribution to the UK’s food security. Britain is a major food importer and the new agreement means British consumers will benefit from a wider variety of affordable, high-quality Ukrainian products. Ukraine produces a great number of relatively inexpensive food products that are bound to appeal to British shoppers, including everything from honey to walnuts and a wide variety of fruit and veg. Ukraine’s rapidly evolving organic segment may prove particularly appealing to UK customers.