Yesterday, the Fresh Produce and Floral Council hosted a webinar to discuss what the effect the coming elections might have on the produce industry. Dave Puglia, CEO of the Western Growers Association, spoke on the different possible scenarios and outcomes this election might bring, and how specific policies might be affected.

Puglia discussed some key issues, how they have been approached by the Trump administration, and how the approach to these issues might change if Biden is elected in November. “President Trump’s team has taken many actions for our industry that presumably would not be favored by a Biden administration, which will likely be flipped around if Biden is elected into office,” Puglia shares. 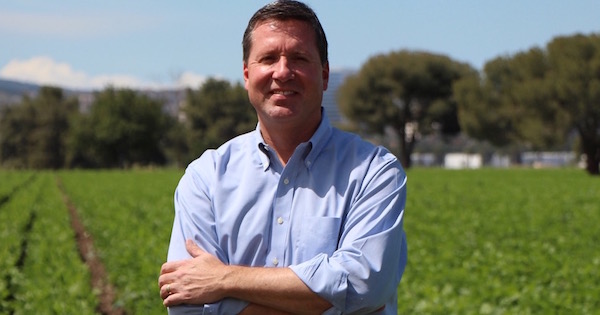 A similar argument was made for the issue of water quality. “The Waters of the US policy (WOTUS) was put into place under the Obama administration and has caused numerous issues for the industry,” Puglia says. “This policy was reversed by the Trump administration, but if Biden comes into office, I think we can expect a return of this Waters of the US policy. We would also see a focus on the energy sector and production, to move more rapidly to a green economy and incentives or even mandates put into place to do so, which would impact the availability and cost of energy for our growers,” he adds.

Labor, H2A, and immigration
Another important issue for the produce industry is that of labor. Labor availability has been a challenge for growers for a long time, and Puglia went over the different policies and expectations for the H2A program, saying: “The H2A program is used by growers in the western US to fill out labor needs, and even now it’s really difficult to utilize this program because its complexity and the bureaucracy involved with bringing it to fruition. Because of this, too many times workers have arrived later than planned which has resulted in losses in harvests due to an inadequate labor force.”

In the event of a Biden administration, Puglia expects that the program’s issues will be magnified. “Biden would probably reverse the course of the H2A program, resulting in more difficulties than before. The main reason for this is because unions are very important for the democratic party, and unions don’t favor foreign labor and worker programs in the fear that they’ll take away jobs from American. We know that this isn’t true for the agriculture industry, but either way we’ll like see a tightening of this program.”

Outside of the H2A program is the issue of immigration, Puglia feels hopeful that the next four years might bring policy improvements, regardless of the outcome of the election. “There’s been elements of Trumps administration that want to work toward a bipartisan immigration reform. Last year there was a bill that would provide legal status to long time workers, which also included H2A reforms, and it had 34 republican members of the House of Representative for it. That’s not exactly high but it’s pretty encouraging. I think there’s opportunity for reform in a way that would benefit the agriculture industry in both possible outcomes of the election,” he says.

Puglia concludes: “The way our industry lives and breathes within congress is important – not every issue of importance to agriculture has to be jammed into a partisan construct. This is probably truer of American agriculture than any other issue set.  I think within the agricultural policy space there is more room for bipartisanship than most other sectors enjoy, and I think this can provide some great opportunities. As associations and boards within the industry, rather than taking a side, I think it’s most important that we articulate a clear policy vision, and back it up with data and ensure it becomes part of the debate and to get the members of the legislative and the executive branches of government thinking about what our industry needs.”