'Secret' sustainable fresh produce farm in the heart of Leicester

There is a sustainable fresh food farm in the heart of Leicester which uses fish waste to fertilise crops. Rameez Chenia, 27 and Azhar Hussain, 28, established Aquafarm, which uses a system called aquaponics, three years ago as a passion project. 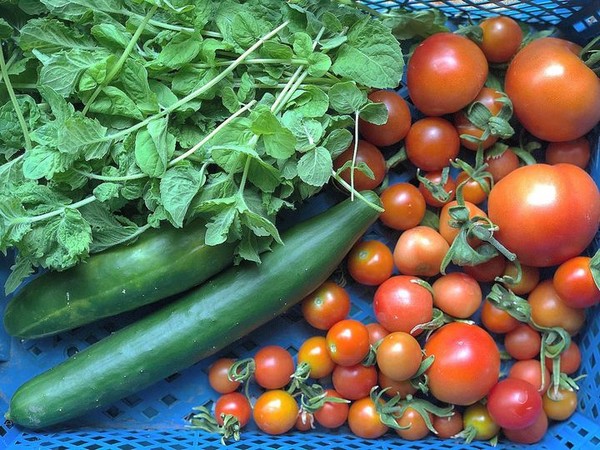 Rameez discovered aquaponics several years ago during a young-enterprise conference in Lithuania. Fascinated by the prospects of aquafarming, he later travelled to Hawaii to learn more from a company called Friendly Aquaponics.

On his return to the UK, Rameez sought to start his own allotment which proved more difficult than he had hoped. But his friend Azhar got creative and created an aquaponics system in his own back garden. “I had an old fish tank and planned to make my own system in the shed,” Azhar said.

Azhar became interested in aquaponics after learning about it from Rameez. After starting their project in his back garden, Azhar came across the GraceWorks, a community initiative enabling and encouraging sustainable lifestyles and wellbeing. “I found out that the GraceWorks garden in Evington already had a half-complete aquaponics system and I knew straight away that we would want that space," he said. “Plus, my mum was doing my head in about the state of the shed."