"The market for strawberry varieties is in flux"

One and a half years after the launch of Limalexia, John Schoeber and Vincent Deenen of Limgroup look back at that time. Limalexia was specifically developed during the breeding process to improve shelf life, taste, color, and production. The latter has even been 10-15% higher than the standard variety. But how are things now?

Limalexia is standing firm. The product has been picked up in trade and is also doing well on the auction. “Limalexia will especially make the difference in the final weeks of the season”, said John Schoeber in the middle of June. “When comparing with current varieties, Limalexia will differentiate in terms of quality and production, which will be determining the price, among other things.”

A running start
The variety has had a running start since it was launched in 2018. It’s an art to find the right partners for the launch of a new variety. But when you do, you can successfully market the new variety, says Limgroup, and they seem to have been right. Limalexia is on the varieties list to be sold at Tesco, among others, and within Hoogstraten, the variety is placed in the right segment as well.

Vincent Deenen calls the introduction of the Limalexia one of the best strawberry introductions ever: “Jos Aben (Product Lead Strawberry, Limgroup) directed a strong chain campaign resulting in Limalexia becoming known as one of the fastest-growing introductions that is unparalleled.” 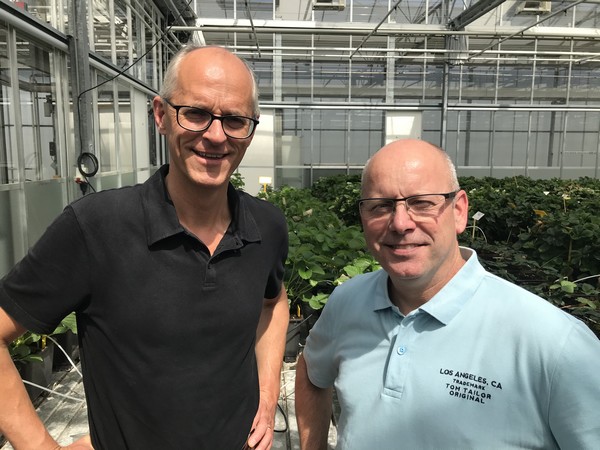 Evolving acreage
For the past few years, the acreage, mainly the one used for greenhouse strawberries, has been growing. There is still more room to grow, but the speed at which it does so will become less, John Schoeber expects. “There is a limit to the amount of acreage we can use. I am not saying this has already been reached since every day new markets are found, but there is, of course, a limit. A huge advantage of strawberries and soft fruit in general, is that it has a limited shelf life, which helps a lot in sales.”

The first step
With Limalexia and Limvalnera, Limgroup has taken their first steps in the strawberry market. The fact that they won’t just leave it at that should be apparent given the enthusiasm with which Schoeber and Deenen speak. “With our first strawberry variety, we have given a clear signal to the market, and this is only the beginning!” says Schoeber.