Axia Vegetable Seeds welcomes William van der Riet as Business Initiator - his main focus will be connecting parties in the chain. He has already gained a lot of experience in this area after having worked (internationally) in herbs, vine tomatoes and even in micro-algae. 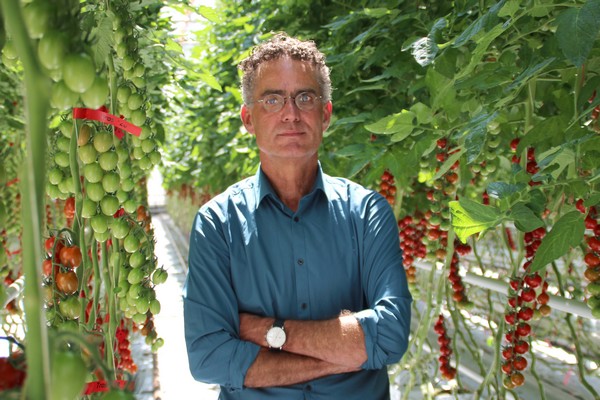 Agricultural roots
William has agricultural roots and grew up on an arable farm in the Netherlands. After graduating from HAS University in Deventer in 1989, he quickly started working for Vitacress Salads in England and later in Portugal and Kenya.

"At Vitacress I progressed from a hands-on position to the role of General Manager of the production and packaging unit in Kenya. Every day (packaged) salad vegetables with a very short shelf life were sent to British supermarkets."

Central role in TOV chain
William returned to the Netherlands in 1998. "Back then I was, via DLV Plant-GreenQ (now Delphy), general manager of a TOV producer organization. Here I got to know the (Dutch) greenhouse horticultural world better and I was the link between the growers and the sales partners."

Chain management
"A first step in chain management. At Grodan I broadened that chain role somewhat because the focus there is also on changes in horticulture and the interests of the various stakeholders in the chain. In the end I enjoyed working at Grodan for over twelve years, mainly in (international) marketing and business development."

Microalgae
In 2014, William started his own micro-algae company with three partners. That company was incorporated in a British biotech company in mid-2015, which subsequently resold it at the end of 2019. "At that moment I made the choice not to continue with it."

Why did you choose Axia?
"For me, Axia is synonymous with no-nonsense, action and progress. It is a young and growing company that is focused on the future. In particular I see a team of people with a healthy mix of professionalism, knowledge, entrepreneurship and a huge passion for their profession. I can do something with this: take responsibility and make progress."

What exactly are you going to do for Axia?
"Within Axia I will mainly focus on connecting parties in the chain. What are the wishes and needs of producer organizations, trade and retail? Together with the Axia team, we will translate this towards the tomato assortment. With the chain partners, I like to look at how we can optimally fill in the assortment based on customization. All this should result in synergy and added value for all parties."