Pseudoperonospora cubensis, the causal agent of cucurbit downy mildew, is an airborne, obligate oomycete pathogen that re-emerged in 2004 and causes foliar disease and yield losses in all major cucurbit crops in the United States. Approximately 60 species in the family Cucurbitaceae have been reported as hosts of P. cubensis. 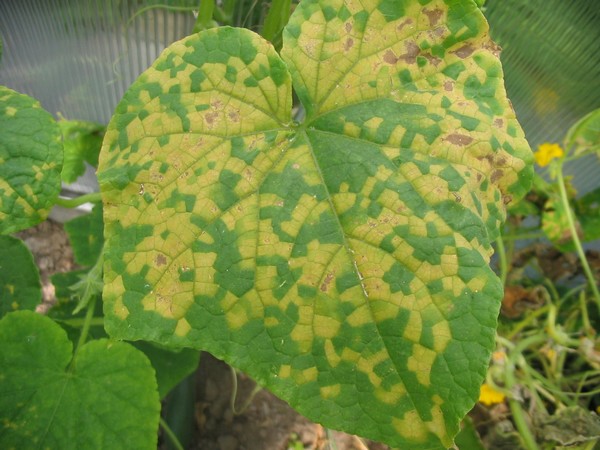 Commercial hosts including cucumber, cantaloupe, pumpkin, squash, and watermelon are grown in North Carolina and many host species occur in the wild as weeds. Little is known about the contribution of wild cucurbits to the yearly epidemic; thus, this study aimed to determine the role of commercial and wild cucurbits in the structuring of P. cubensis populations in North Carolina, a region with high pathogen diversity.

Ten microsatellite markers were used to analyze 385 isolates from six commercial and four wild cucurbits from three locations representing different growing regions across North Carolina. Population analyses revealed that wild and commercial cucurbits are hosts of P. cubensis in the United States, that host is the main factor structuring P. cubensis populations, and that P. cubensis has two distinct, host-adapted clades at the cucurbit species level, with clade 1 showing random mating and evidence of recombination and clade 2 showing nonrandom mating and no evidence of recombination.

Findings have implications for disease management because clade-specific factors such as host susceptibility and inoculum availability of each clade by region may influence P. cubensis outbreaks in different commercial cucurbits, timing of fungicide applications, and phenotyping for breeding efforts.