Despite COVID-19, the essential berry sector and a large part of the agri-food industry in Mexico continued with their activities. The producer and marketer of berries, Driscoll's Mexico, has been challenged by the restrictions on the border with the United States, the temporary loss of part of their labor force, the closure of the Food Service channel (HORECA), the increase in production costs, and the employees' adaptation to the new situation. Despite all these challenges, Driscoll's Mexico continues to be this multinational's subsidiary with the highest growth in recent years. 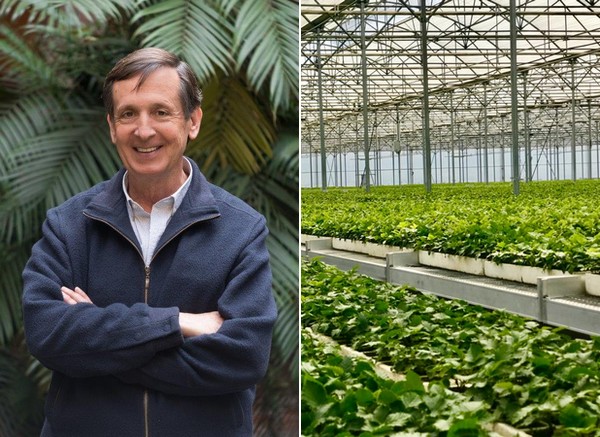 "I would say that, essentially, there has been no significant impact on the berry-producing activity, except for the organic production, which was affected in volumes and in the price differential in recent weeks. The strongest structural challenge is to understand the medium and long-term impact on the consumption patterns of the markets to which we export. An example of this is the foodservice channel, which stopped completely and at the moment has not exceeded 25-30% of its usual activity. However, the gap it left in the markets was compensated, at the time, by the demand of the large distribution chains,” stated Mario Steta, Vice President and General Director of Driscoll's for Latin America. "After a period of strong instability, consumption patterns have stabilized until reaching levels that are similar to the usual levels. However, the way food is distributed is changing and will have a fundamental change, particularly due to the impact of online sales." 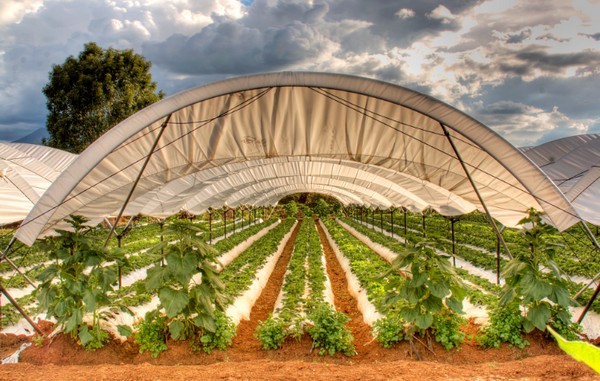 Even though the fruit and vegetable sector has a great experience and strong commitment in the field of safety, the protocols have had to be modified, which in some cases has not been easy culturally in Mexico.

“In addition to the hygiene measures that include the use of masks, gloves, and sanitizing gels, we've also had to restructure the facilities in the packing plants to ensure that the safety distance between workers is maintained. The criteria have not been so difficult to implement in the fields, although it has been a challenge to make people understand there must be fewer passengers in the transport that moves the workers to the fields, that they must get their temperature taken, and the prohibition to share kitchen utensils, among other measures. Unfortunately, the federal government, starting with President Lopez Obrador himself, generated contradictory messages by not giving relevance to the pandemic at first, or by not supporting the implementation of prevention measures,” Mario Steta stated. "Taking care of our people's health throughout the production process, as well as in the camps and shelters, has been essential for us." 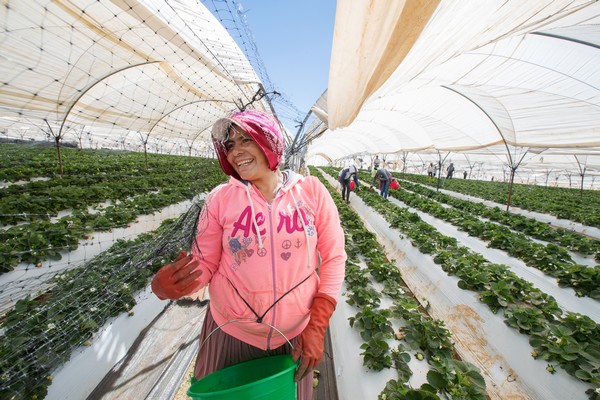 Irremediably, production costs have increased. "The question is, who will pay these extra costs? Us? Consumers? The Large Retail Sector? We still don't fully understand it. Somehow, it's going to have to be distributed throughout the value chain, including large distribution. In the meantime, we will continue to improve efficiency in the way we produce berries.”

Mexico continues to be the fastest-growing source for Driscoll's
In terms of the business dimension, Mexico represents Driscoll's most important growth in recent years. This is mainly due to the special conditions that the Mexican highlands have, which allow producing almost all year round. Driscoll's México has more than 400 producers and employs around 60,000 workers. 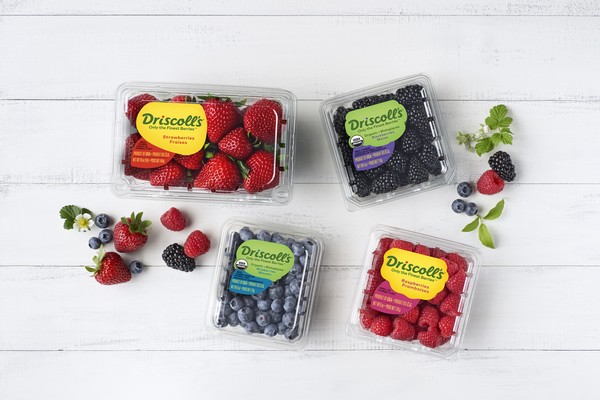 Strawberry is Driscoll's Mexico's most important berry by volume. It is followed closely by raspberry. Meanwhile, blackberry has been gaining a lot of ground both in production and in value. "For us, the blueberry has an interesting challenge in productivity, considering that Peru has gained a lot of presence in international markets. However, Driscoll's has a model for obtaining its own varieties, with a direct connection between producer and market, something that is notably reflected in consumption,” Steta said. 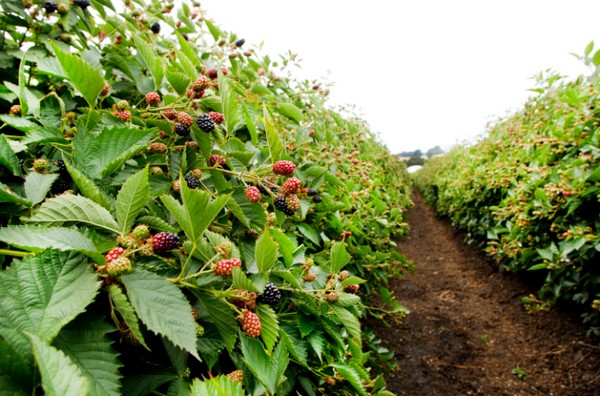 Driscoll's México exports 90% of its production to more than 40 countries. Its main markets are the United States and Canada. According to Mario Steta, this Driscoll's subsidiary is the one that has experienced the most growth in recent years. “Mexico, which is ranked as the seventh berry consumption market for this company, could climb become Driscoll's fourth or fifth biggest berry consumer. Its future consumption potential is very great.” 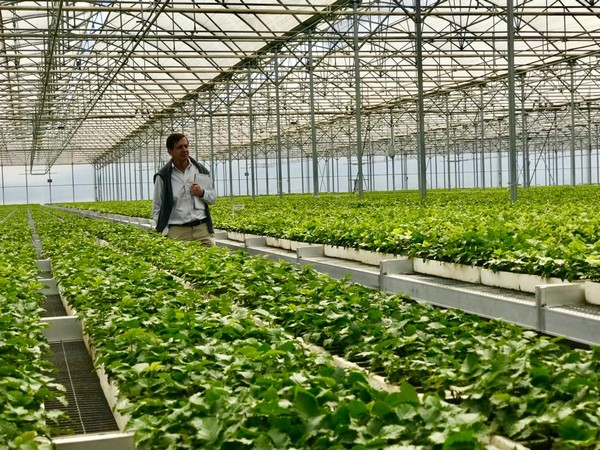 “The truth is that Mexico has greatly improved its supply chain, implementing new production systems, and improving its air connectivity to Europe and Asia, with five or six daily loading programs to these destinations. We will continue in this line because these are destinations with increasing growth for us. In Europe, we compete strongly with South Africa and Morocco. In Asia, we mainly compete with Peru and Chile, which don't pay tariffs to enter the Chinese market. Peru and Chile also represent great competition in the North American markets. However, while Peru has opted to gain market share through large volumes and aggressive prices, Mexico increasingly positions itself as a quality player and consistent in deliveries, which is making us more competitive," the representative of Driscoll's for Latin America stated. 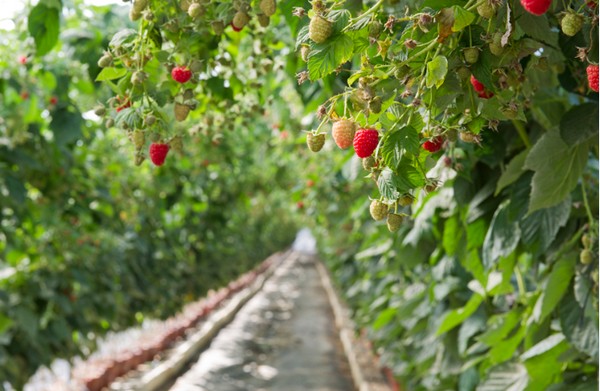 Lack of labor, one of the main challenges to continue growing
“We continue to grow despite the coronavirus crisis and not having the best policies to increase investment due to cuts in agriculture budgets. The agricultural sector is the second-largest generator of foreign exchange in Mexico and employs 6 to 7 million people. However, in the long term, the shortage of employees is one of our main challenges. People believe that there is a lot of availability of labor in Mexico, but this has changed significantly in recent years." 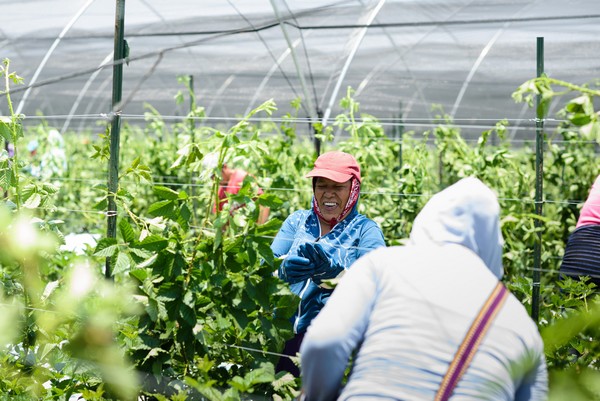 "The areas with the most production are suffering a significant lack of workers, even in the south of the country, where a large part of temporary workers come from. However, since the end of April, we have seen how the pandemic has impacted the Mexican economy, which has caused many people who have no jobs to turn to agriculture. Now we have the opportunity to demonstrate that the field is a good work alternative and not an occasional emergency resource. We can now demonstrate that the field has good remuneration and good working conditions. We have very professional companies that are committed to workers, even though they aren't well known," Mario Steta concluded.