On 24 June 2020, the first semi-closed greenhouse built by a Korean farmer in collaboration with Dutch technology opened in Buyeo county, South Chungcheong province in South Korea. The greenhouse Woodeumgee Farm which grows tomatoes was selected for a subsidy program by the Korean government in 2017. 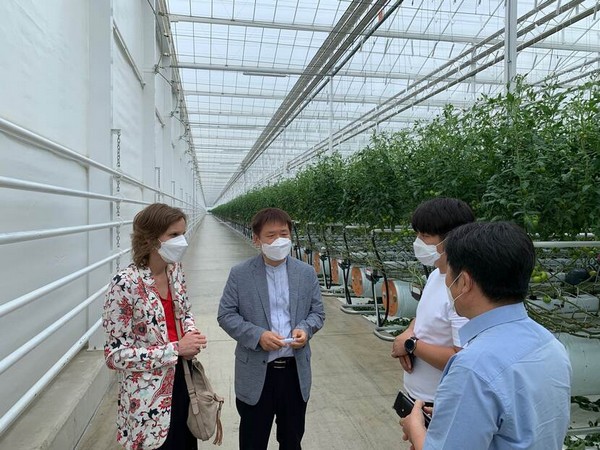 Mr. Ho-Yeon Kim is an ambitious farmer who has grown tomatoes and sweet peppers at Woodeumgee Farm in Buyeo county, South Chungcheong province in South Korea. He used to build some parts of greenhouses by himself. When a MAFRA’s (Korean ministry of agriculture) subsidy program on greenhouse horticulture was announced in 2017, he applied for the program and was selected out of 14 applicants. The subsidy program subsidizes 80% of total costs for a state-of-the-art greenhouse: central government 20%, regional government 30% and a low-interest loan 30%.

When he was about to start the project, the Agricultural Office in the Embassy of the Netherlands in Seoul visited him to discuss possible cooperation. One of the discussion points was a semi-closed greenhouse. Since the project was largely financed by the Korean government, it was not allowed for the greenhouse to be built 100% from the Netherlands on a turnkey basis. Furthermore, he was confident to be able to build a semi-closed greenhouse by himself. The Embassy shared with him lessons learned from several greenhouse projects built by local greenhouse builders.

Unlike other local greenhouse builders, Mr. Kim was open to Dutch knowledge. He visited the Netherlands several times to consult with Dutch experts. Semi-closed greenhouse is a new concept of greenhouse, where the climate is 100% controlled even in the summer season. Tebarex B.V. was invited to the project for all the internal system of the semi-closed greenhouse. Hoogendoorn B.V.’s product was installed for the climate control system. The greenhouse construction started in January 2019 and was completed in December 2019. The total cost for the 3-ha greenhouse is KRW 9 billion (EUR 6.7 million). The farm expects 2,500 tons of tomato production per year and turnover KRW 9 billion (EUR 6.7 million). 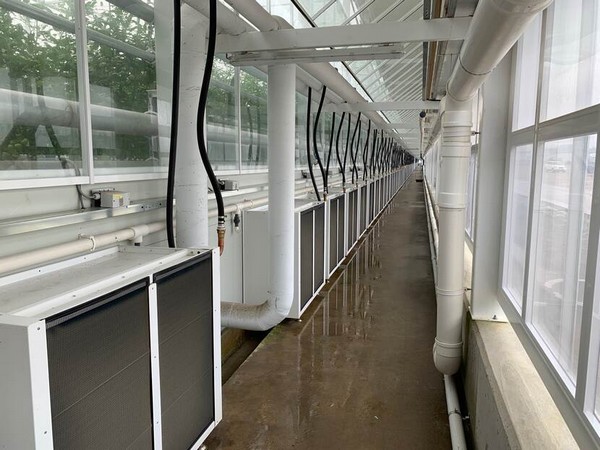 The opening ceremony took place in the new greenhouse on 24 June 2020. Ms. Eva Witteman, Deputy Head of Mission, delivered a speech to congratulate the first semi-closed greenhouse built by a Korean builder and to appreciate the excellent cooperation with the Netherlands. The farm is currently building another 3-ha greenhouse and has a plan to build greenhouses of 12 ha in the near future. Mr. Kim will continue to work with the Netherlands.