"I see a future in direct sales to consumers”

The first orders have been picked up and sent out, and with that, the webshop set up by Dutch grower Joost van Luijk of Hot Pepper King is now officially launched. “It is a fun way for us to supply the ‘pepper diehards’”, says the pepper grower, who doesn’t see pricing in the market as all that good yet. “The supply from abroad is still high.” 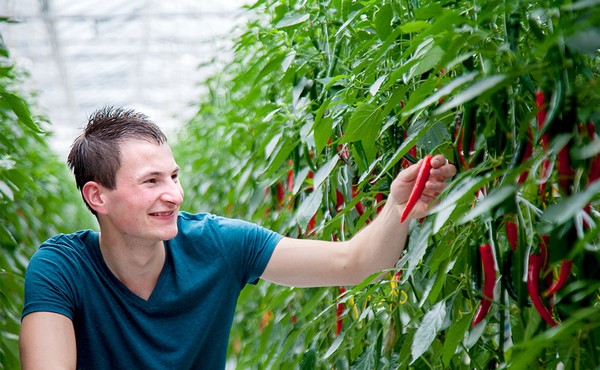 Fresh and convenient webshop
This year, the grower scaled up his operations a bit, going from 2.4 hectares to 3.1. In a new and larger rental greenhouse, Joost grows red and green chili peppers, red and green jalapeno peppers, yellow and green habanero peppers as well as the infamous Carolina Reapers.

"We deliver all of these peppers straight to the consumer, and we offer a home-made sambal kit which also includes an onion, garlic, and soy sauce”, says Joost. To clarify: he does not cultivate onions or garlic, and the soy sauce is purchased from a third party. However, there is also sauce available in the webshop. “We work together with Dekker Sauces to achieve this.” 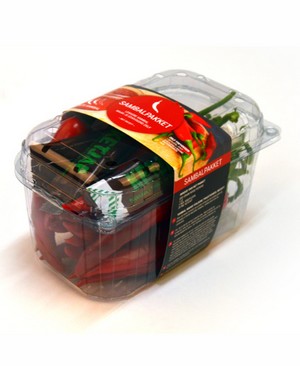 With the webshop, Joost takes a step into the consumer market where more and more pepper lovers can be found. “There is a growing demand as the pepper is becoming more common in the Netherlands. I also expect that during and after corona, consumers will be more likely to buy directly from growers. With the webshop, this becomes possible for everyone to do.”

The television team of BinnensteBuiten came to visit Joost and his father Ad in their fifth-generation family-owned business last year.

Pricing can be better
Besides the direct to customer deliveries, Hot Pepper King also still supplies in bulk to customers in the restaurant, foodservice and retail industry through growers association Oxin Growers. “The pricing, unfortunately, is still not all that good. There is a lot of supply from abroad, especially from Spain but also from Morocco, and when hearing stories from the market, this will likely remain the case for a while.”

Because Joost started production in April, he was not particularly impacted by the worst corona period in March, in terms of sales. However, he does note a lower demand from the restaurant and foodservice clients. “They don’t buy as much due to corona, but the demand from retail was higher. There is still not much to say about how this will affect the rest of our season. For instance, in the coming months, the barbecues will be seeing a lot of use, and Dutch people are consuming more and more peppers, so I am positive about the future.”