"You don't know where your next best idea might come from". With this motto, Thiel's Greenhouses' owner Nadine Stielow started a trial in which edible ornamental plants are being grown hydroponically in her greenhouse in Alberta, Canada, this season. The results of the trial are pleasing, the interest of the customers is high, and as a result nearly all 250 trial plants are sold out. It makes Stielow enthusiastic and eager to continue and explore the potential of this product in the market. In an interview with FloralDaily, she not only tells us more about this product, but also about how she is experiencing the COVID-19 situation.

Hydroponic cultivation
Two years ago, after growing seasonal ornamentals for 7 years, Stielow decided to expand her business by starting to grow greens and herbs hydroponically. The aim was to create a more sustainable year-round business by utilizing the space and resources they have. Now, after two years of gaining experience in hydroponic cultivation, she could not suppress her curiosity of how her edible ornamental crops would perform in the pond.

How the idea arose
This idea started to arise last year. "Always when we walk along the ornamental crop with our customers, we tell them which plants are edible and how you can use them, in the tea or in the salad for example. On top of that, I'm also thinking of ways to attract consumers to the store and I thought this might generate some interest." So when the ornamental plugs arrived in the greenhouse this spring, she immediately selected several of the ones that are edible.

A pleasing trial
In total, she selected about 250 different varieties. "The trial was a bit larger than I imagined initially", she laughs, "but when selecting a variety, you do not want to trial just one color. So, we selected several colors of several varieties and it ended up in a trial of around 250 plants."

She made sure that all varieties were edible, so that no cross contamination could occur and that there was nothing that was considered as toxic in the pond. She grew all plants exactly the same way as the greens and she was quite surprised how the varieties performed. "In general, for the ornamental plants, it took longer to flower, and one did better than the other, but all in all, I am quite pleased. Several developed very nicely with long roots." 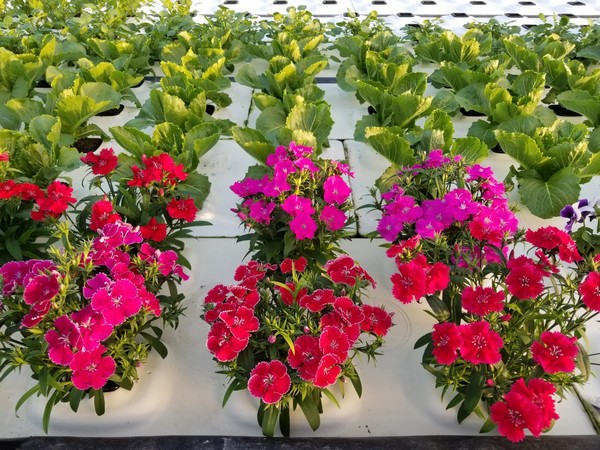 And the reactions from the consumers were great, says Stielow. "They were all very interested in the crop, and now we are almost sold out. I am eager to do more trials and to learn more about the growing habits of the edible ornamental plants in the pond. If the production is more stable, we might consider producing commercially in the future." 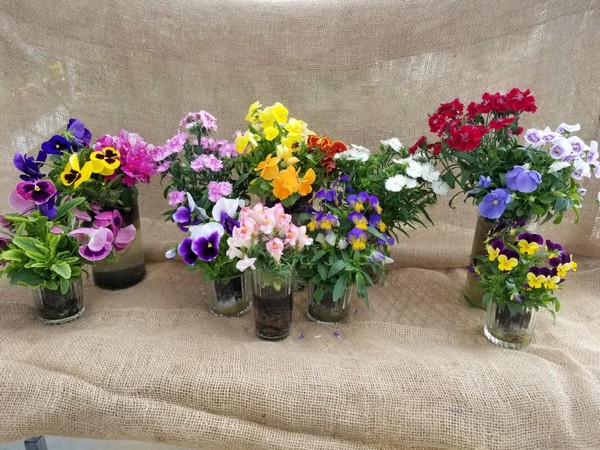 Opening new doors
Stielow not only enjoyed trying out this new way of growing her edible ornamental plants, she also noticed that it might open new doors for Thiel's Greenhouses, as it is a very versatile product. "First, the plants can be used as table top, in a vase, for example, enabling us to grow and sell it in the winter as well. Secondly, in spring for example, after being used as tabletop plant, it can be planted outside afterwards, giving joy twice. On top of that, as it is an edible plant, the consumer can always pick the flower petals to use in their dishes. And finally, going even further, it can even serve as a wedding 'bouquet', offering the brides a different fun option." 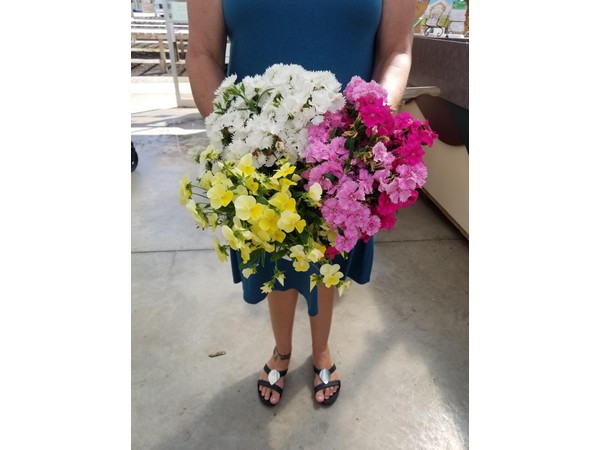 What about COVID-19?
The entire trial was conducted during the midst of COVID-19. "We planted the plants, just before the outbreak in Canada." Then, the uncertain times came. "April was the most uncertain time for us. We were worried that we were not considered 'essential', meaning that we had to close our doors, but fortunately we were allowed to remain open." Several things had to be adjusted in a rush, but when looking back, Stielow is satisfied and notices that this hectic time may also have brought something positive. "I'm pleased with the adjustments we had to make in the greenhouse, so we will continue with these post COVID-19. On top of that, as we did not know if we could remain open, we quickly made a website for online ordering, and it is running very well at the moment for fresh produce. People from all over are ordering and making the drive to our rural location.

During the uncertain period in early April, sales were lagging, but they fortunately recovered rather quickly, particularly for the fresh produce. "As people were looking for something to do, new people were coming in from all different parts of the area. We also saw that many parents wanted to let their children see how vegetables are grown, which increased sales. And on top of that, the ones that usually came for the ornamentals, now also bought vegetable plants, in addition."

So all in all, sales have been good, but Stielow doesn't get too excited until the spring ornamental season comes to a close. June can be an all important month, she says. "So far, I am very grateful that the bedding and spring potted plants segment recovered quite well. Let's see how it all wraps up in a month. Then I'll do my 'happy dance'!"