"We never took the easy way"

The plans for the new building at pepper and eggplant grower Stannuco in the Belgian town of Wommelgem have already been around for about five years, but since March this year, construction of the six-hectare greenhouse has really begun. The grounds next door have been acquired as well as the environmental permit, says grower Steven van Nuffelen. He provides an update on the construction and tells about combining both crops.

"In the past, we also never took the easiest way”, Steven starts. “We cultivated four different colors of peppers on seven hectares. That is not something everyone does.”

Combining crops
A combination with eggplants is something even fewer growers attempt. “For the last couple of years, we haven’t found many ways to innovate the pepper cultivation”, Steven explains. “Based on the costs, we are not able to make any big moves even with a completely new project.”

Because of this, Steven and his wife Anja started growing eggplants next to the red peppers in a 23,000 square meter department and have been doing so for the past three years. “This was needed to gain enough experience in eggplant cultivation. As soon as the new greenhouse is finished, we will once again use the seven hectares exclusively for pepper cultivation and replace the eggplants for green peppers.” 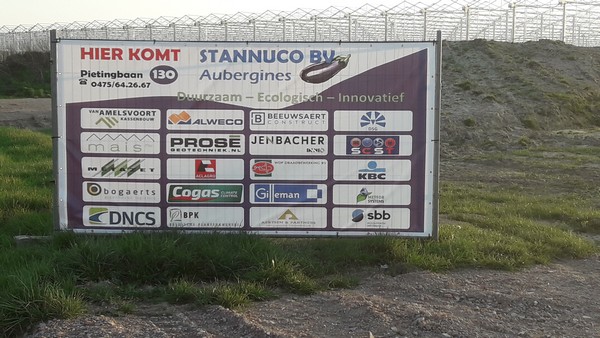 Construction since the middle of March
The construction of the greenhouse across the street started on the 18th of March. The foundation was already done in December 2019. “The greenhouse, built by greenhouse builder Van Amelsvoort, is done, apart from placing the polycarbonate channel plates on the gables on the front and sides, which is planned to be finished by week 34.”

Many other elements of the new construction have also been finished already. “The water reservoir is done and can store 35,000 cubic meters of water. The reservoirs of the two companies will be linked together.”

Collaboration
Both companies are also linked in terms of energy, labor registration, and climate, even though the greenhouses are also able to ‘function separately’, Steven continues. “The two locations will be under the Stannuco company. With Kristof Schuddinck, we have someone in-house who has been working their way up in the company for the past fourteen years. He has taken on a lot of tasks in the past few years.” 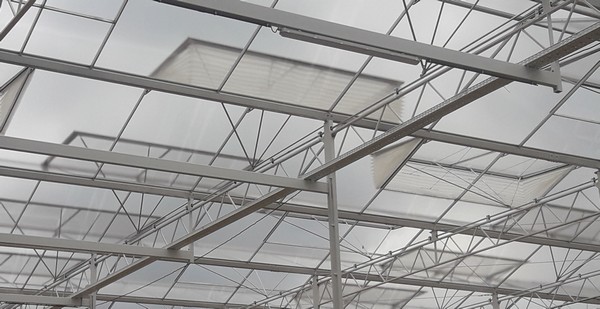 Insect mesh 'a bold move'
When asked about the further technical specifications, Steven mentions that the greenhouse will be equipped with insect mesh, among other things. “That is already quite a bold move, in our opinion. We have doubled the size of the airing windows and, because of that, have twice as many ventilation motors and rack pinion mechanisms to lose as little ventilation capacity as possible. Even though eggplants can withstand higher temperatures than many other types of crops.” 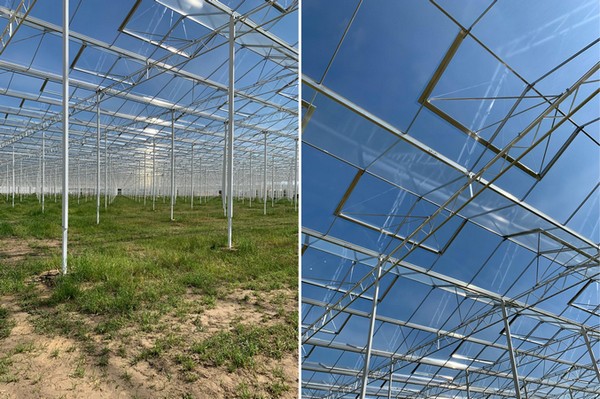 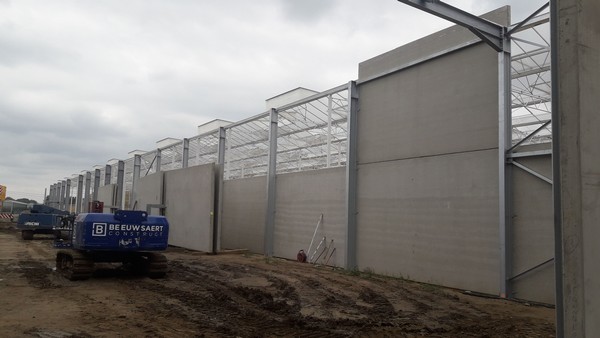 On schedule
If everything continues to go as planned, the greenhouse will be done on the 1st of November. “Everything is on schedule now, despite the corona pandemic.”

Harvest will then be able to take place in spring next year. “Bogaerts Greenhouse Logistics will deliver a harvest system which allows us to harvest the long aisles without needing to change carts often. Lifting crates will be kept at a minimum.”

After all that, the eggplants will go to the new sorting hall of the company. The sorting hall will be 3,500 square meters in size and will only be used for eggplants. “The warehouse at the pepper company has already been made bigger four times, once during each expansion. We want to avoid that this time”, says Steven.