On Monday, June 8th, Kalera welcomed Secretary of Agriculture Sonny Perdue to its Orlando facility. Secretary Perdue was greeted by Kalera’s top executives, including CEO Daniel Malechuk and CTO Cristian Toma, who, along with other staff members, escorted him on a private tour of the facility’s proprietary technology,. During the tour, Perdue was able to sample the lettuce Kalera grows at the Orlando facility. 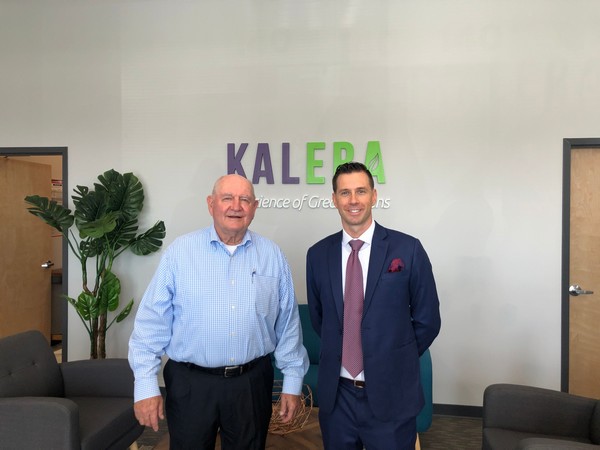 Kalera recently announced its new Atlanta facility, which will open in early 2021. While Kalera’s Orlando farm, which Perdue visited on Monday, is currently the highest production volume vertical farm in the Southeast, the new Atlanta facility will be more than double the size and generate approximately 75 jobs for the local community. As was the case in Orlando, Kalera is able to quickly open its newest growing facility in Atlanta. "This is a result of a streamlined design and construction process, further illustrating its ability to rapidly scale and expand its vertical farms", the company says.

After the tour, Daniel Malechuk, CEO of Kalera, addressed Secretary Perdue in front of assembled employees and press, saying, “Thank you very much on behalf of the Kalera staff for your time, and visiting us to discuss the future of agriculture, which is clean, healthy, sustainable, local and fresh. We look forward to helping the US stay on the cutting edge of agricultural innovation and feeding a hungry world with fewer natural resources.”

In addition to its R&D center, Kalera opened its first commercial vertical farm, the HyCube growing center, on the premises of the Orlando World Center Marriott to bring fresh, local produce to the hotel’s visitors and customers. In March this year, it announced the opening of its second facility in Orlando. The Atlanta facility is the third farm in Kalera’s portfolio, and will soon be joined by more in the United States. Kalera is currently sold in over 160 Publix stores.