"TOBRFV is actually very similar to the Corona-virus" 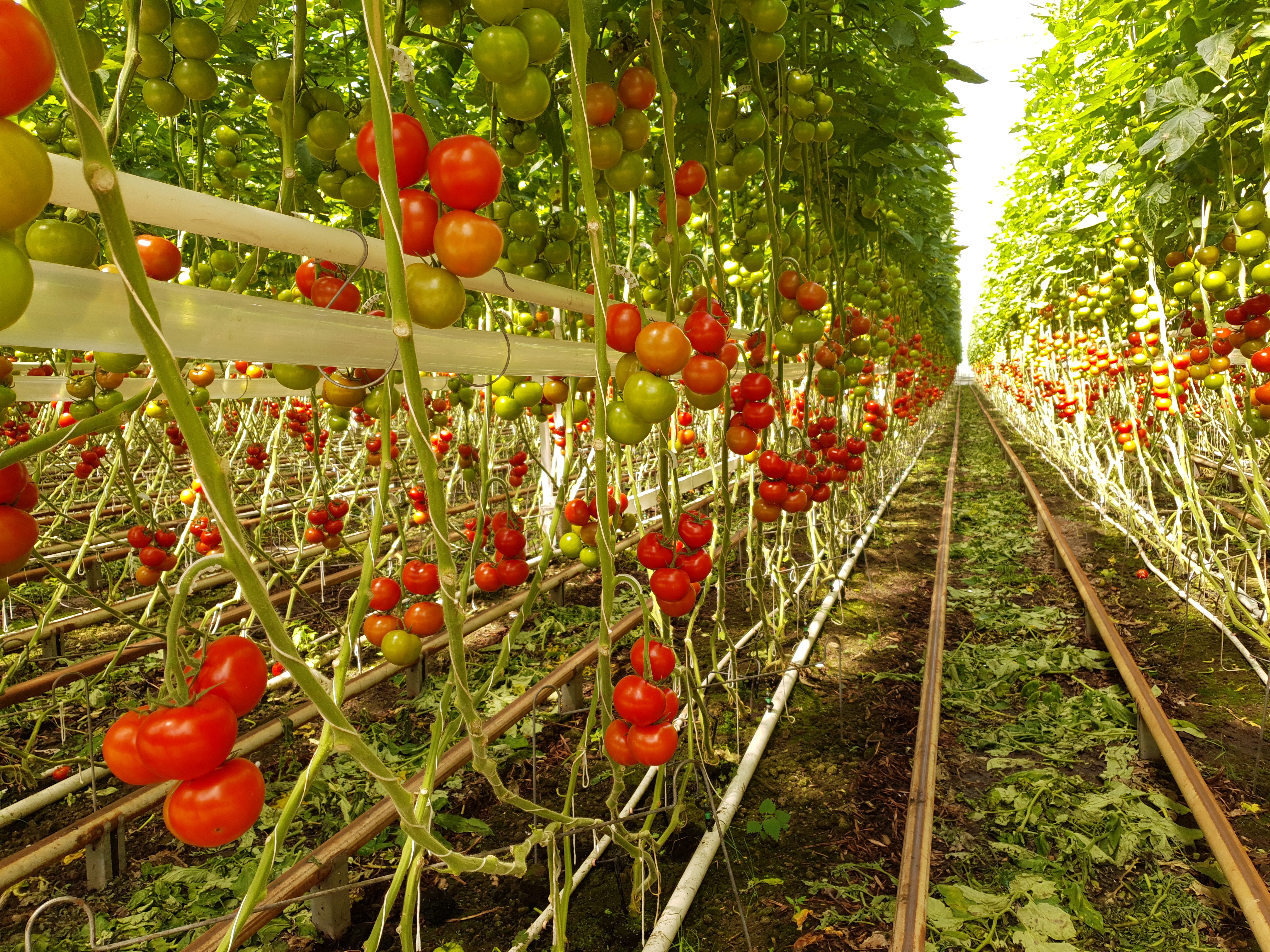 "The currently particularly low prices of conventional tomatoes on supermarket shelves unfortunately also have a negative effect on the demand for our tomatoes. In summary: High supply with normal demand," says Johanna. "With the summery weather of the past few days, the demand for our tomatoes has also increased. At these temperatures, consumers are naturally turning more and more to buying tomatoes, for example for barbecue salads. Long-term summer weather could bring supply and demand into balance more quickly." 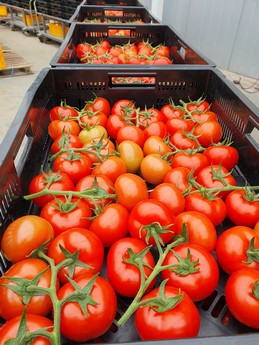 This year, the price of tomatoes is slightly above the level of previous years: "However, we hope that the Corona-crisis will not have a far-reaching impact on consumers' purchasing power. The current situation is already very worrying for everyone."

First of all there was an increase in sales due to hamster purchases. "Mainly in the first few weeks of the crisis we saw increased sales and increased production. We only supply a small percentage to the catering industry, so fortunately we haven't noticed any negative effects here in particular."

Westhof has also not been affected by the shortage of workers so far: "We are in the fortunate position of having many permanent employees. In addition, all planned seasonal workers have been able to enter the country and start work. But of course, the requirements have us under control every day and a lot of work has to be put in. Every day there are new challenges, every process has to be questioned in order to take the right measures". The expansion planned for the coming year is initially still on schedule. 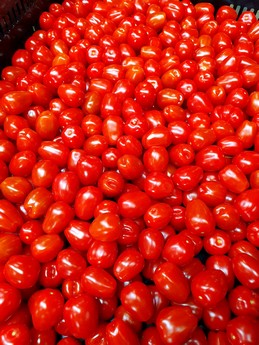 At Westhof, the company grows TOV's, mini TOV's, Roma tomatoes and mini Roma tomatoes in organic quality. According to Johanna Diener, the versatile TOV's and the small, sweet-tasting mini tomatoes continue to be particularly popular. "The mini tomatoes (Sweetelle variety) are our snack tomatoes. We have doubled the area under cultivation for this tomato compared to the previous year, as it is becoming increasingly popular with consumers and thus also with our customers".

"The quality of our tomatoes has been very good so far and there has been no acute pressure of disease in the greenhouses so far", he said. "The so-called Jordan virus, TOBRFV, is still not a problem for the company, although it remains a very serious threat to fruit vegetable production. "The Jordan virus is actually very similar to the Corona-virus. Since there is no vaccine or, in the case of vegetables, resistant varieties, we have to take preventive measures with the strictest hygiene measures. These hygiene measures include, for example, special work clothing, which is only put on on site and cleaned regularly, our own harvest boxes, constant disinfection of the boxes and work equipment and the ban on guests from outside the company or visitors in the greenhouses." 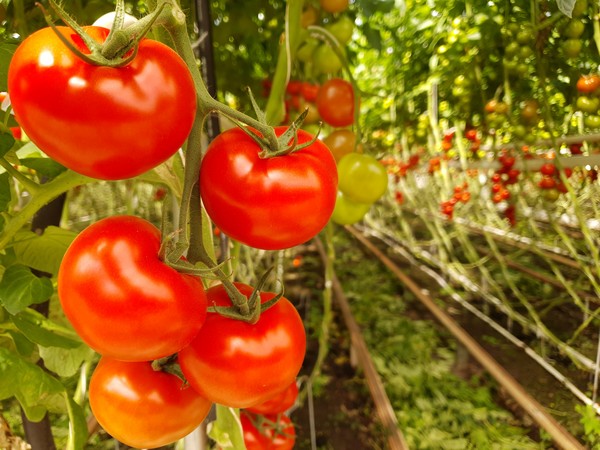 In addition to this, the two greenhouses have been insured against possible damage caused by the virus: "Unfortunately, this insurance can only cover a period of two years. As the virus, once it has found its way into our greenhouses, may remain in the soil for years, this insurance unfortunately only helps us to a limited extent. Unlike conventionally grown tomatoes, our organic tomatoes grow in the soil, which is why the risk is many times higher in organic cultivation. The substrates used in conventional cultivation can be renewed relatively quickly, but our soil is not so easily replaceable. For us, hygiene and preventive measures are therefore still our top priority."