A new crop, a new partner and a switch to organic cultivation. For Bart Vromans of Dutch fruit nursery Terravie, 2020 is the year of change. In 2006, Bart started with growing redcurrants in Brabant.

The nursery has since grown to 2.7 hectares of redcurrants and half a hectare of cherries. This year, half a hectare of strawberries is added, which has everything to do with the switch to organic cultivation. 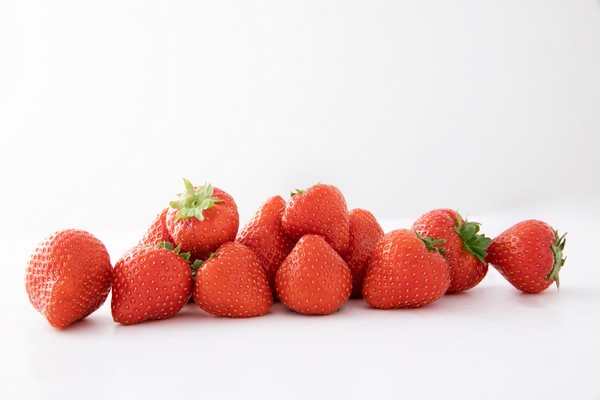 Bart: "In the regular cultivation of red berries, the big companies are getting bigger. You have to choose whether you want to go along with that scale enlargement or that you want to focus on a smaller market. We have opted for the switch to organic growth, something I have been wanting to do for a long time.

"When I started the nursery, I experimented with it, but that was not a success. We had a lot of issues with mildew. By now, I know much more about cultivation, also because I give cultivation advice to other growers, and that is why I think it is going to work this time."

Switching is expensive
The switch for redcurrants to organic growth takes two years. That means that this year's and next year's redcurrants cannot be sold as organic. For the cherries, it will take a bit longer, because the switching process only started in August last year.

The period of switching is expensive for a grower, because you do have the costs but not the profits of an organic product. "Luckily, I can rent half a hectare of land from an organic grower in the region. There, I will start growing strawberries. Because this land was already used for organic cultivation, the strawberries can immediately be sold as organic. That helps evening out the costs." 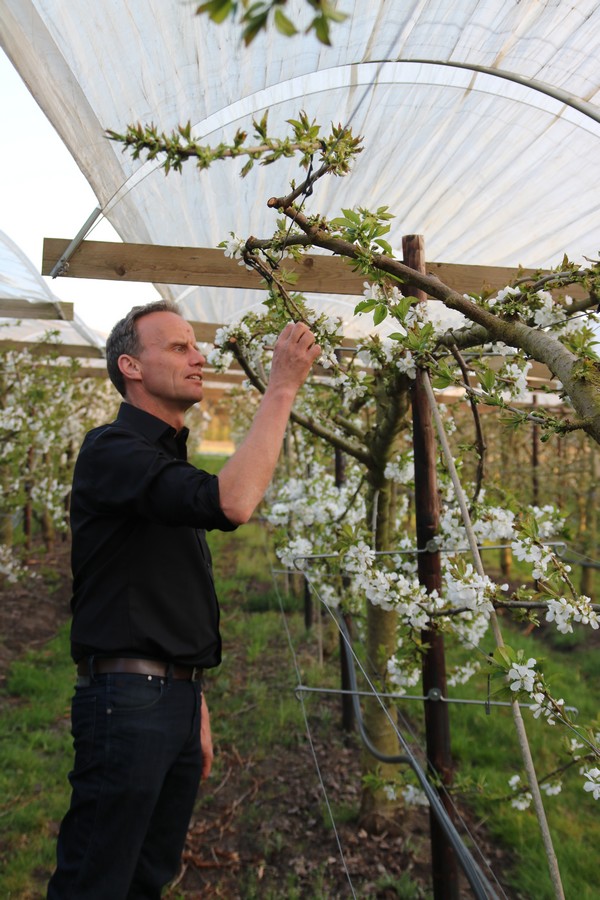 New products, new packaging
He has also thought about packaging. "I have designed a new 200 gram packaging for the strawberries. It is partly made of carton and partly PLA, so made with biodegradable material. This packaging will also be used by a grower of blueberries."

Bart's strawberries will be sold through the cooperative Nautilus Organic, as well as redcurrants when they are completely organic in two years. Not the cherries, which he can sell himself, in his own store and vending machine. 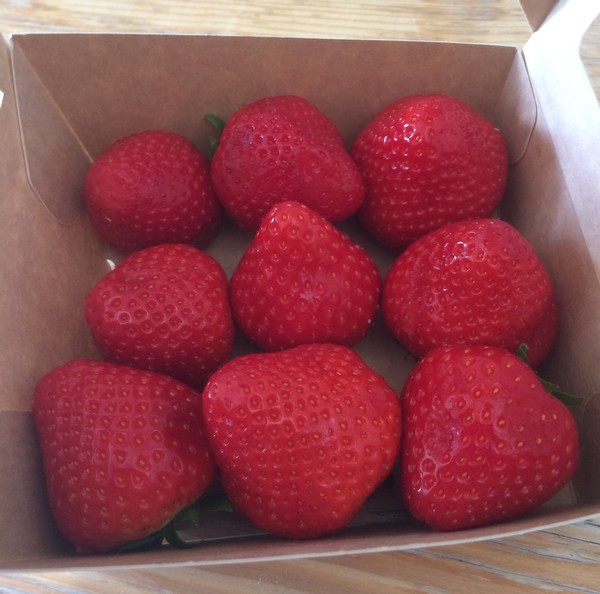 Pickers
The strawberry plants are planted in the second week of April. Bart expects to pick the first strawberries mid-May. "We hope to continue picking until the end of October/beginning of November. In the harvest season, I get help from students. School leavers always start in May, perhaps a little bit earlier this season."

One of those students has been Bart's new business partner since January. After working for 9 years as a student, and 1.5 years as a regular employee after graduating, she wanted more and started as a partner in the company.

Continue until December
The entrepreneurs have lots of plans. "We are going to use these two years to properly start organic cultivation. First, we are nursing new plants because we have had some failures. We are preparing the soil so we can later start with good quality plants."

In the past year, Bart has, as a test, grown part of the redcurrants organically, and he is not unhappy with it. "The organically grown berries are harvested just before the hottest period, which has burnt part of the regular berries. Ultimately, we have been able to keep the organic berries the longest in our ULO cells. We hope to be able to supply berries until December, which is not usual for organic redcurrants, because organic growers do not have these cells."

The article was published before in edition 4, volume 34 of Primeur. See www.agfprimeur.nl.