Light levels are among the most limiting factors in controlled environment agriculture (CEA). LEDs can be used to provide light using less electricity. Far-red light can be delivered using LEDs but has traditionally not been considered beneficial (and thus added unnecessary electricity cost).

Strategic use of far-red light along with white LEDs may provide some benefits at the seedling stage but little is known about the critical quantity required for lettuce seedlings and if effects will carry over to harvest.

Study
In the study at Cornell CALS, the applications of light waves outside the typical photosynthetic active radiation (PAR) spectrum were researched. These have long been understood to create ‘undesirable’ morphological responses in agricultural crops.

However, recently the scientific community has readdressed the useful applications of light outside of PAR, such as far-red. In this experiment, three cultivars of lettuce seedlings were exposed to identical amounts of white LED light supplemented with 5, 10, 20, or 30 µmol·m-2 ·s -1 of FR LED radiation throughout the seedling stage. 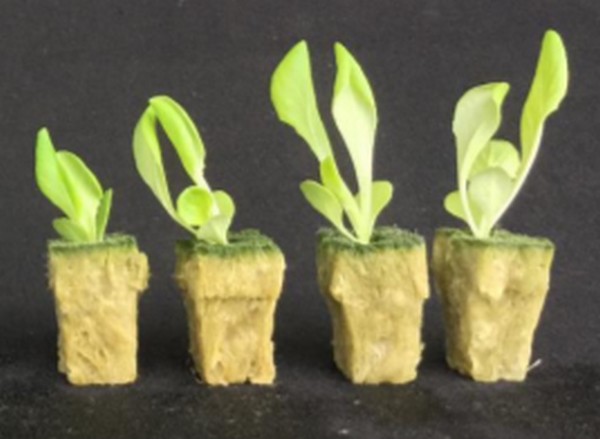 The strategic purpose of which was to increase leaf area / increase canopy size of seedlings and thus light capture. Seedlings were subsequently transplanted into a hydroponic nutrient film technique (NFT) system to reach maturity. After transplanting, plants no longer received FR treatments and were only supplied with a constant white LED spectrum.

Findings
At the transplant stage (12 d), all cultivars significantly increased in fresh weight and plant height under higher intensities of far-red radiation. Other metrics, such as dry weight, leaf area, and specific leaf area, also increased under higher intensities. The degree of far-red benefit varied by cultivar. However, after 35 days in the NFT system, treatment differences recorded in seedlings were no longer prevalent in mature plants.