Tom Piini looks back on 40 years in the horticultural industry

"We've always designed our products around what a grower needs, not what we think he needs"

Tom Piini, founder of Micro Grow has been in the horticultural industry for over 40 years. Raised in the agricultural heartland of Salinas, CA his company Micro Grow designs and builds environmental controls for indoor growing. Piini is well known in the industry for his sharp mind with electal and software design, jovial temperament and fighting back from a serious health challenge.

His start in the business wasn't particularly typical. Upon asking him how he got into this sector, he started laughing. “It was the night before my 22nd birthday, I was making a living doing a lightshow for a rock and roll band and playing the harmonica.” At that time, Tom also worked regularly as a construction worker, and had some other jobs

Entering the greenhouse industry
“That night, my roommate introduced me to a gentleman in the bar. He hired me as electrician helper”. That gentleman was Ted Nishizono, who at that time worked for the largest greenhouse builder, IBG with offices in California, San José, Canada and Germany. “That was my first encounter with the greenhouse work, and a little later I quit the band,” Tom tells. 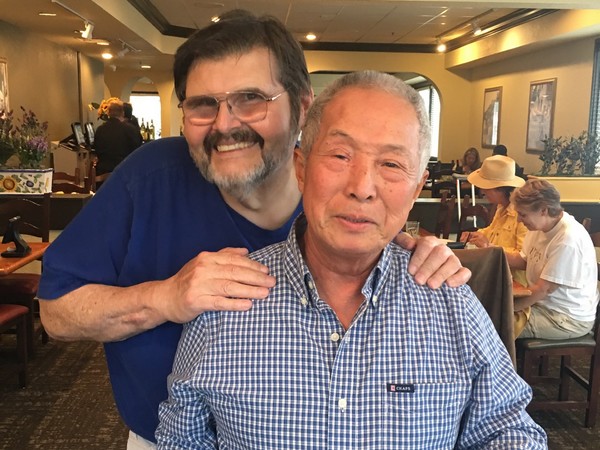 So why give up the showbizz? Tom says he took to the greenhouse business right away. After working with IBG and another company he struck out on his own with Micro Grow, based in Temecula, CA. In the early 1980s, Micro Grow was the very first company to build a computerized environmental control system.

“We first presented it at a trade show in San José, everyone was looking at us like, what is that thing?” The processor was very big and slow, the same one could now fit on the tip of your finger. “It was very ‘wild, wild west’ to do anything with a processor back then,” laughs Tom.

“We have always tried to design our control products around what a grower needs, not what we think he needs”, says Tom. There have never been any outside investors in the company. “We don’t want to be answering to a bunch of investors.” Said Tom, still embracing the pioneer spirit. Micro Grow does controls for institutional projects, and commercial operations as well, including cannabis. “That’s a new aspect to the business.”

Employees and distributors
Tom finds it very important to treat his employees well. “A company should never forget what its employees bring to the table. I can only do so much; I rely on my workforce.” That was never more clear to Tom then in 2014 when he became seriously ill. Complications from a back surgery had Tom hospitalized clinging to life. “I thought that was it.” He survived but can only walk short distances so now Tom on his electric scooter is a staple at horticulture trade shows. “When I recovered, I had to build Micro Grow back.

The company takes a cruise every year, goes away for a weekend, “and we have the best Christmas party.” Microgrow has 28 employees. “This is a good size for us, we are not big but we are not small anymore, too, and we don’t need a whole HR department.” 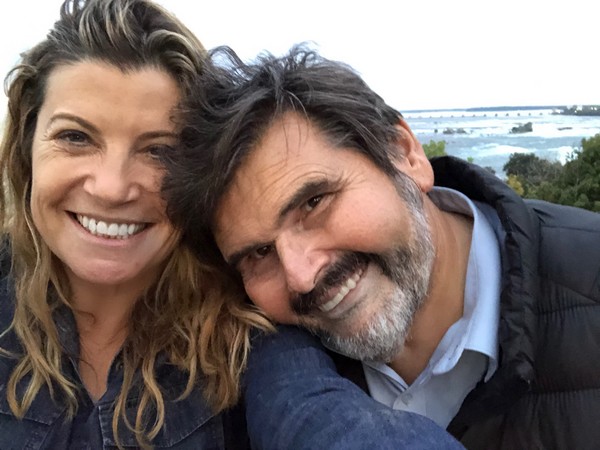 Tom Piini with Daphne Brogdon, his cousin and Sales rep

Especially when a part of your staff is family and friends. In the last few years as Tom and Micro Grow have returned to their vitality he has added some familiar faces. Jerry Halamuda, who co-created Color Spot, is now his partner. “Jerry was one of the first people I ever met in the business. It’s great to finally work together.”

Two of Tom’s children, and his cousin also work with Micro Grow. “My staff is my family, but some of them really are," laughs Tom. “I’m also proud that we design and make everything right here in California paying people a living wage.”

Tom also values the bonds with distributors who have stayed loyal and those who have returned “Those are the guys who bring us the sales.” A  part of their business is building cabinets for competitors. The company always tries to have an overall open friendliness with competitors, if they have a great control system for instance, they get credit for it. “That’s how we are able to keep a reputation of one of the fairest control companies out there.”

COVID-19
Covid -19 means some of the employees are working from home, as is he. “We’re drafting up all kinds of new systems and sending those out to customers, we have the time now, and we want to keep our engineers working. For the most part we’re able to keep everyone employed.” The company was in the middle of a job at Stanford University when the Stay at Home order came down. This job was put on hold, but should resume mid May.

Micro Grow also has electrical contractors, so, at least in California, they usually do the complete electrical installation. “We just found extra space and kept working. Since we make our own stuff, we didn’t have a hiccup in our supply chain. Just had to buy more hand sanitizer.”

Changes
The changes that Tom has seen over his professional career are mostly about the need for new equipment. Micro Grow is close to bringing to market a few new products that will take the company into the cloud. “One of the things we’ve done, one of the new aspects of greenhouses, are horizontal airflow vents, a couple of years ago.”

Before, the fan jets were big and bulky, as opposed to the small ones now. “It prompted us to add simple adjustments.” Cannabis is a new element to horticulture as well. “Right before California went legal with rec. that was 50% of our business. We still work with some good growing operations, but the economics of cannabis are harder in California due to the taxes and regulations. But, it has brought some new energy.”

That is partly responsible for another change he sees. People used hot water and gas heaters before, but now a lot of chilled water is also used, which needs special valves. “We are now working on a very large cannabis project of over 10,000 square feet. There we have to modulate both hot water and chilled water valves.” Cannabis growers are good customers for controls since the humidity and temperature is so crucial to a successful indoor grow.

Then there are the lights. Less than five years ago, there weren’t very many lighting companies. “They seem to pop up out of nowhere, and they come from all around the world,” says Tom. “I think the industry will select in them in time, some companies will establish themselves but not all of them.” The popularity of LED’s has led to Micro Grow to work on developing spectrum control for LEDs. Automatic dimming is an example of the development as well. “Everyone wants the greatest and latest new stuff, especially cannabis growers.”