"Now that it is over, we can say we are pleased with the artichoke campaign. Our heads come from plants obtained from a hybrid seed, which is profitable for us producers thanks to the higher yields and to the fact that plants grow faster. Most of all, this technique enables us to plan volumes more precisely to guarantee continuous supplies," explains Salvatore La Porta, general director at L'Ortofrutticola F Srl. 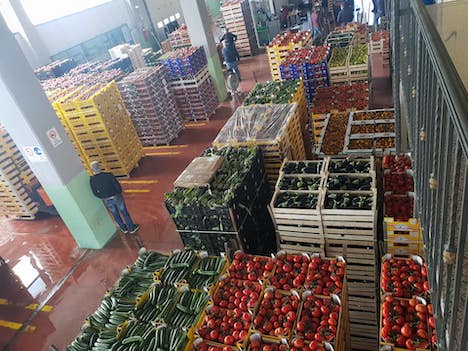 "We have just finished the campaign of the smallest heads of Violetto artichokes, which are entirely destined to the processing industry. The campaign was positive as temperatures reinvigorated the plants. Luckily, prices held up considering the general drop in consumption due to the festivities of April 25th and May 1st. As for tomatoes, the market is slow and prices are not increasing." 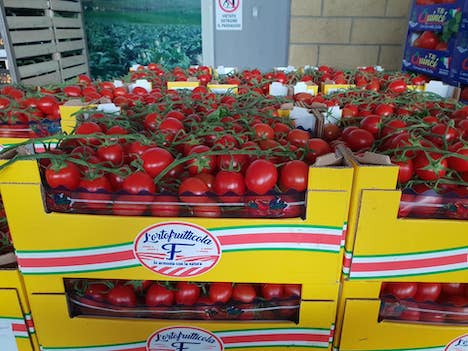 The company facility is equipped with processing lines and refrigerated units suitable to manage large quantities. It covers 1,1000 sq m with an outside area of around 5,000 sq m destined to loading/unloading operations. They are currently processing large quantities of red and yellow bell peppers as well as tomatoes.

The main tomato types are bunch, cherry, Piccadilly, date, green S200, Marinda and oblong green tomatoes. For cherry and Piccadilly tomatoes, production prices are of around €0.80/kg, while those of bunch tomatoes hover around €0.20 and €0.60/kg (processing industry and fresh produce market respectively). 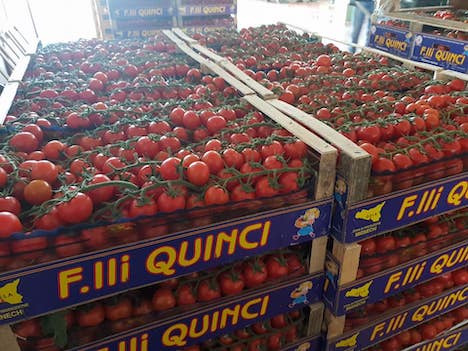 "We are currently focusing on cherry, Piccadilly and bunch tomatoes. The main competitor for the Sicilian produce is Spain. Prices are below average for two reasons: there is a lot of Spanish produce available at a competitive price of around €0.62/kg (including transport and packaging) plus volumes available are high due to the generalized drop in consumption," adds production manager Francesco Valenti. 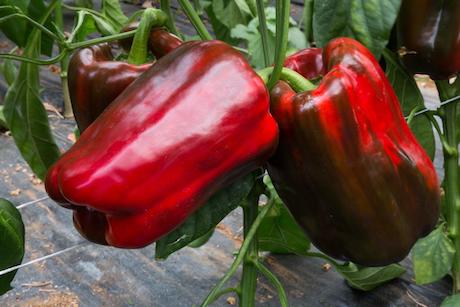 All tomato types are available in the following formats:

"Demand for yellow and red bell peppers is actually lively with satisfactory prices for both types (around €2.00-2.50/kg). We are talking about selected varieties grown in greenhouses, very productive with a high shelf-life. The high-quality is obtained thanks to the experience, passion and good agronomic techniques of our producers." 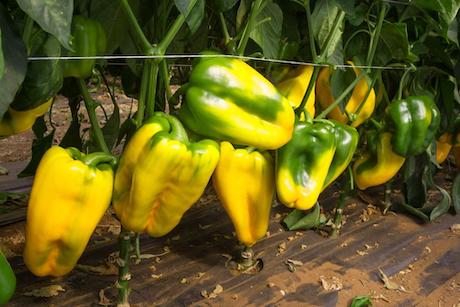 L'Ortofrutticola F holds the GlobalGAP certification. With a growing turnover of €14 million which tripled over the last three years and an export share of 20%, the brand boasts an internationalization strategy and has obtained the recognition of important foreign partners. The produce is commercialized in France, Germany, Austria, Albania, Bulgaria, Greece, Lithuania, Poland, Czech Republic, Romania, Switzerland and Hungary.