despite damage at UAE greenhouse, Baywa believes in horticulture

“Greenhouses interesting and promising part of our strategy”

“2019 has been a pleasing year,” says Benedikt Mangold, Head of Global Produce at BayWa. Benedikt has been working with BayWa since 2011 and runs the Group’s international fresh produce division, which includes T&G Global - a market leader in New Zealand’s fruit business- since August 2019. On March 4th it was reported that BayWa AG ended the financial year 2019 with an improvement in earnings which before interest and tax (EBIT) increased by 9.3 percent to €188.4 million (2018: €172.4 million). With the highest turnover in the company's history of €17.1 billion (2018: €16.6 billion), revenues of the Group were also up by 3.8 percent. The national and international fruit business developed positively in the past year. Benedikt added that the German business has been struggling with a bumper harvest following a year of hardly having any volume at all. “We managed to go through that challenging period and are now back to a normal season.” He also mentioned that subsidiaries T&G Global Ltd. and TFC Holland B.V. on the other hand had a pleasing performance.

Future strategy
Benedikt points at the successful project of greenhouse production in the United Arab Emirates. The project was started in 2018 with partner Al Dahra and is aimed at the greenhouse-production of tomatoes in the UAE in order to support an increase in the self-sufficiency of the country that imports 89 percent of its tomatoes. “You can actually grow tomatoes in the desert, year-round. It is great to see what progress we have made with this project.”

Unfortunately, flash floods destroyed the greenhouse early this year leaving it currently out of production. At present the greenhouse is in the process of being restored. Although no new project is about to be started, greenhouses certainly are a very promising area that is being looked into by BayWa. This is not only to cut out volatility, but also to strengthen local supply and value chains. “The current Corona crisis clearly shows, that it is critical to secure food supply from local sources as national and international logistics can be disrupted at short notice”, Benedikt says. “This crisis provides us with the opportunity to gain helpful experience and further optimize our strategic orientation to make us even more resilient throughout our whole business. Climate change and the growing desire for self-sufficiency in many regions of the world will lead to more goods produced in climatic greenhouses on the market in the future”, Benedikt continued.

Increased greenhouse production
The environmental impact is another aspect that could fuel increased greenhouse production. “This could actually be one solution, producing close to urban areas where fresh produce will be consumed, without the need for air or sea transportation.” Benedikt expects that the combination with renewable energy – the Renewable Energy Business is an important part of the BayWa Group - could be key to develop the greenhouse production further. “The combination with solar or wind energy technologies closes the loop on the whole system. I see a huge potential in that space.” He notices new demand from countries like Australia or Russia but there is also potential for replacement technologies.

Beyond carbon
Sustainability does play an important role in BayWa’s fresh produce division and Benedikt thinks it’s going to be key for the industry. BayWa has developed and adopted a sustainability and climate strategy that sets goals for the entire Group in terms of carbon emissions and renewable energy. Goals include e.g. a 22 percent reduction of greenhouse gas emissions by 2025 (compared to 2017) and climate neutrality by 2030. Benedikt indicates that the German operations have reached carbon neutrality already with Dutch subsidiary TFC Holland planned to become carbon neutral this year. Other initiatives include a focus on bio gas. “In New Zealand we are looking at installing a bio gas plant to transform organic greenhouse matter and food waste from the region into energy, carbon dioxide and nutrients to go back into the greenhouse.”

But the horizon extends beyond carbon emissions. “Beyond carbon we are looking into the supply chain. And that’s where it becomes interesting but it also becomes niggly because you have to make a lot of decisions on which path you would like to walk. That is something we are currently starting to look at, the sustainability of our value chain.” 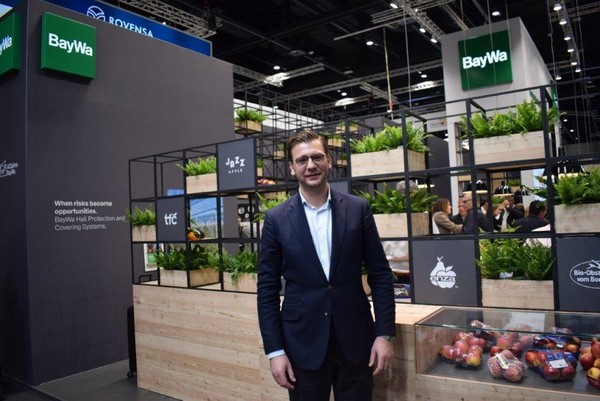 Relevance for retail
In order to stay relevant for the German retail, TFC Holland is focused on strengthening existing product categories like avocados and mangos. “With our importing business we are looking at further vertically integrating ourselves. We are talking about primary agriculture in a smart way. Our target is to enter into alliances with partners with expertise in growing these products in the various regions of the world.”

Benedikt identifies being vertically integrated as a critical aspect to the retail and to secure supply. “In order to stay relevant, we need to go that step, as we aim to not just being a service provider – this is not enough for us. We want to deliver top quality, branded products and not only be part of commodity trading.” Benedikt believes this to be the way going forward without being bypassed by retail.

At the top of his agenda is to implement an over-arching strategy for BayWa Global Produce, especially when it comes to the German market. As an example, he mentions the apples from various sources that the Group sells into the German market – like apples from German production but also overseas through T&G or exotics with TFC – that have no aligned sales strategy so far. Benedikt believes that communication and alignment in this area also will help to increase BayWa’s attractiveness for retailers and to achieve better grower returns.

“It is the task of all of us involved in this industry to try to invest in initiatives and campaigns in order to raise that awareness that we are a reliable partner selling products of highest quality and this product has got a certain price. Particularly in the current Corona crisis, in which the demand for apples skyrocketed over weeks and posed major challenges on pack-houses and logistics, BayWa was able to clearly prove its position and continuous supply capability to meet the high demand of the German retail.” 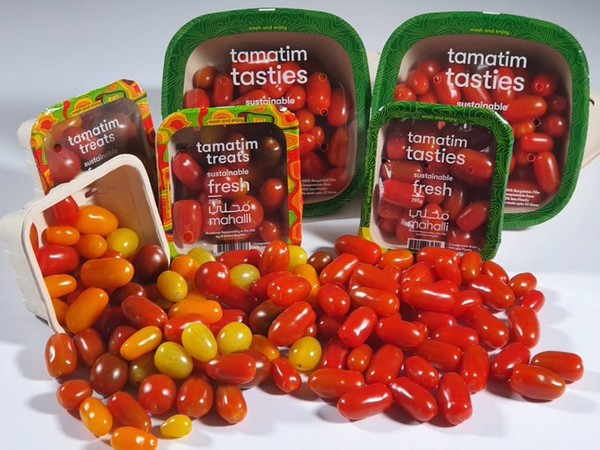 Global category: Blueberries
At BayWa, blueberries have been identified as an emerging category for the company. That is why it is expanding its activities in this segment. BayWa Group subsidiary T&G Global, announced the launch of an exclusive cultivation and marketing programme in collaboration with the New Zealand-based Plant & Food Research institute at Fruit Logistica at the beginning of this year.

T&G is also enhancing its cooperation with CarSol Export, Chile, one of the world’s leading berry producers, by setting up a joint venture. The primary aim is to provide fresh blueberries to the Asian market throughout the year. “It’s a great step towards growth in that category. It gives us exclusive rights for promising blueberry varieties with Plant & Food Research as a breeder and us as a global supplier. So we are taking two major steps in this emerging category.” Benedikt considers the T&G global sales network as the key factor to the success of the new expansion into blueberries. T&G has a presence in all the major sourcing regions as well as sales offices in several growth markets in Asia that include for instance Bangkok, Tokyo and Shanghai. T&G is still looking into expansion, e.g. by setting up a sales offices in interesting growth markets in Asia.“One of the most interesting growth markets,” Benedikt thinks. “This gives us a good position to market blueberries alongside our successful brands JazzTM and EnvyTM in apples.” Benedikt indicates that the goal is to replicate this success in another category. BayWa also sees a huge potential in grapes and is currently looking into rolling out a strategy on that product category, including a focus on sustainable packaging and branding.