Quebec growers with spring crops are waiting and wondering if their temporary foreign workers will arrive on time to help with their crops.

Alex Zenebisis of EagleXport/Alcaro Farms in St.-Remi, Que. notes that so far, he’s seeded 2.5 million heads of cabbage (or 180,000 cases of cabbage) and 70,000 20 lb. boxes of Roma tomatoes.
“We’ve decided this year that we’re seeding those as normal. But if we don’t have the foreign workers ready to start cutting cabbage out of the field by the week of June 24th, then we’ll have problems,” he says. “It could only be 50 percent coming out of the field—we don’t know.”

He's also delaying planting cucumbers by two weeks because of his concerns that he might not have labour, who come in from Mexico and Guatemala, in time to help tend the fields. “We should have had our first workers by April 14. We don’t even have one yet,” he says. “And if we don’t have the right quantity of workers, then we’re not even going to bother seeding the cucumbers.” 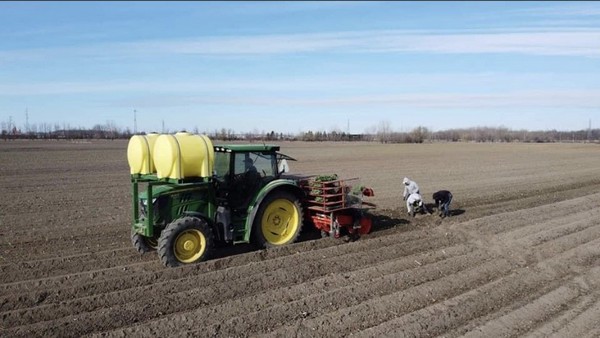 Issues causing the hold up
There are numerous issues holding back the arrival of EagleXport/Alcaro Farms’ and others’ workforce. “They’ve had to fill out additional paperwork and they’re stricter on that this year because of the pandemic. Normally they could arrive here and sometimes get their paperwork in later on,” he says. Logistics have proven to be another issue. Planes were scheduled but turned out to not be leaving and districts in Mexico and Guatemala were also being quarantined and residents were not allowed to leave.

Zenebisis also has additional concerns over whether workers who have arrived from other countries would need to be quarantined for 14 days as per the directive from the Canadian government. “They’re in a wide-open space here—why couldn’t local workers stay in one section and the foreign workers who will live together work in another?” he asks. “The 14 days of them just sitting here doesn’t make much sense.”

So, for now, all Zenebisis says he can do is wait. He also knows how this will affect the economy in the long run. “Because of this the price of food will go up,” he says. “There’ll be less food that costs more money. That’s pretty evident.”