thanks to fans in the greenhouse

“We experience fewer issues in cultivation and save energy”

The horticultural company Gebroeders Raijmakers in Heusden grows vine tomatoes on more than 46 acres of land. While the origin of the family business lies in the 1950s, the current company was founded by the two brothers and has grown significantly over the past years. In 2017, another expansion was finished with which they reached the current surface area. Frans Raijmakers tells about his experience with the greenhouse climate and the effect of fans in his greenhouse. 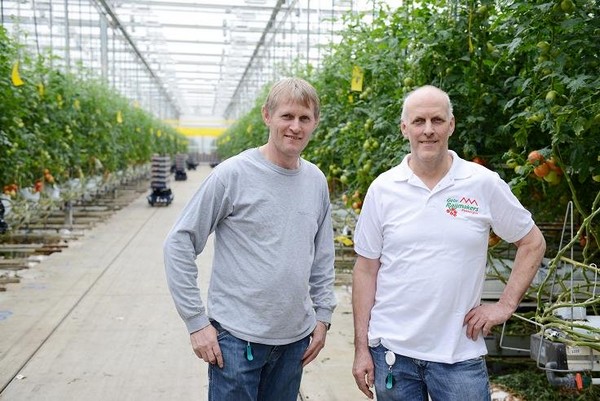 To generate a uniform climate in the greenhouse and to prevent the area underneath the cultivation gutters from becoming too humid, the business uses fans. They already made use of several fans placed under the cultivation gutters at different locations. This proved to be so effective that they chose to implement it in other areas. However, Frans indicated that some of the existing fans experienced some malfunctions and poorer performance. This thus became an important factor for the purchase of new fans.

Additionally, Frans gave the most weight to energy efficiency, reliability, adjustable speed and an easy installation. Eventually, the brothers made the decision to buy Multifan greenhouse fans for the application.

Concerning the performance of the Multifan fans, Frans is very satisfied “The temperature is more equally divided, which then also saves you energy and allows for less problems in the cultivation, avoiding corners of the greenhouse being too cold or too warm.” The business installed the fans in the greenhouse themselves and Frans had a positive experience here as well; “That was good, we were able to execute everything ourselves and without problems. The setup is also functioning well, so we are very happy with this solution!”