"Automating labour in the greenhouse is a priority now"

With labour being a big issue in the horticultural industry, growers are looking for ways to make savings and to optimize efficiency in their set-up. That means the phone is also ringing regulary at Hortiware, the company operated by Dirk-Jan Haas. He markets the Tomystem in the Benelux and Germany. The popularity of the system for automatically ringing plants instead of binding or clipping, has been growing steadily since it was launched eight years ago. Now it is present in more than 30 countries. "The reasons for switching to the Tomsystem are labour, but also the waste processing costs and the technical advantages of cultivation. Ultimately, it is not just about labour. The whole story has to add-up to benefit the grower, and that includes the financial details". 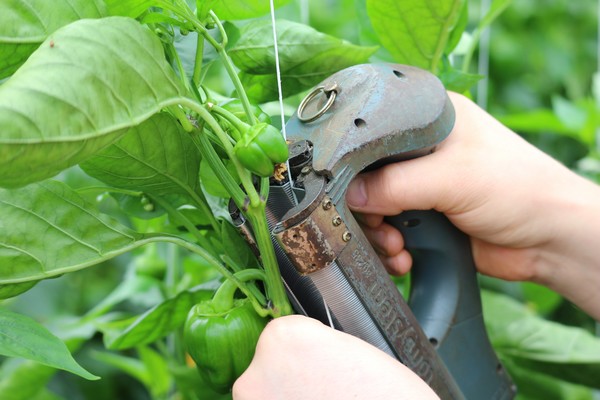 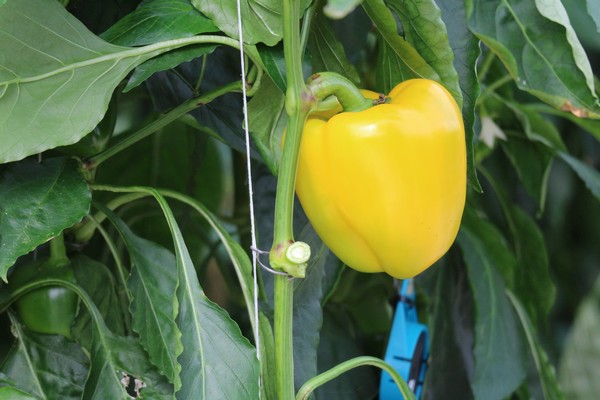 Speed and labour
With a routined gesture, the greenhouse worker points his device at the tomato plant and presses the button. A buzz, a click and within seconds the plant is attached to the rope with a thin metal ring. "It's easy. Within three weeks a new employee will be working at the same pace as the best ones in the greenhouse," says Dirk-Jan Haas, who has been marketing Agrifast's Tomsystem for years. Whether it's a grower who has seen the system at his neighbour's, someone who has difficulty getting good binders or someone who was really shocked when he got the bill for the waste processing - they all found Dirk Jan and reached out because of their interest in the automated clip system.

"It easily takes up to 18 months before an employee is an experienced binder. Then you have someone who works at the top in terms of quality and speed. Yet those people are increasingly less available and especially these days the availability of good workers is low and the turnover is high," he says. "Now a grower can have a hard time finding up to 9 people clipping daily from 7AM-2PM in a 4-hectare greenhouse. With the rings, we can do that twice as fast. You have fewer carts running through the crop and fewer people in your greenhouse. Anybody can do the math themselves." 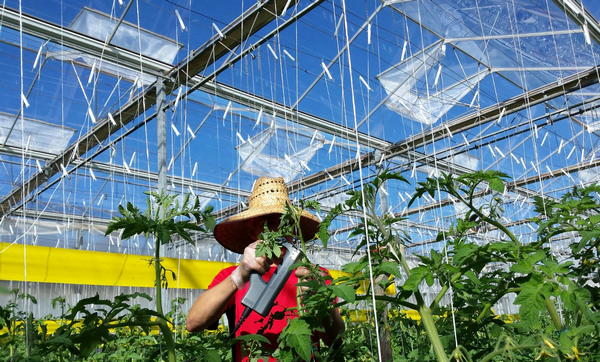 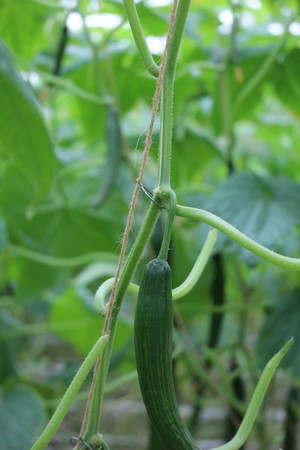 "Clips also offer an alternative to a good turner, but we can see that the disposal costs are becoming more and more important," he continues. "Disposal companies no longer want to deal with compost containing plastic, farmers don't want it on the land. The costs are high and especially if you have to negotiate your deal towards the end of your season, you pay the main price. There is no way to remove shredded plastic clips from the crop waste." He sees that the combination that has been common in Germany for some time now, metal clips with bio twine, is also becoming more popular in the Netherlands and Belgium. "The rings are removed with a magnet and the few that are still inside rust away. This allows you to offer clean waste." 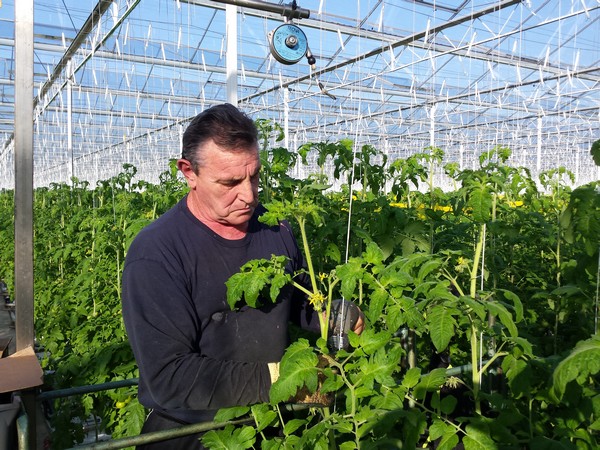 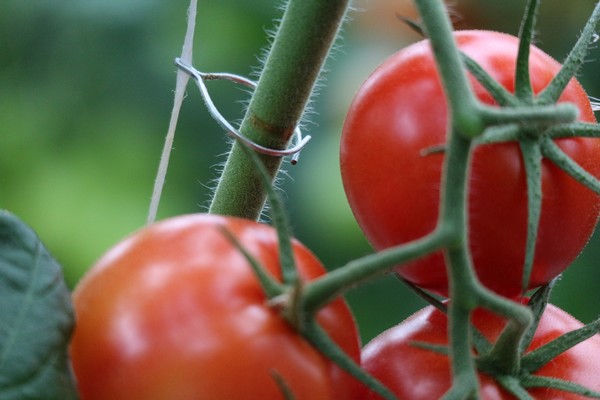 Generative crop
Where previously it was sometimes said that binding increases the plant's generativity, according to Dirk-Jan this is no longer an issue. "Previously, binding in the summer caused a slack leaf and thus more energy on the fruits. In recent years we have learned a lot more about the plant's generativity and how to steer the plant balance with the climate, the fertilization, the EC and the choice of varieties. You steer your entire crop to the desired energy distribution in the plant. Binding for extra generativity is no longer necessary. In this respect, ringing offers advantages: you hardly influence the energy management of your plant. In order to go for more production in the longer term, you choose rings." 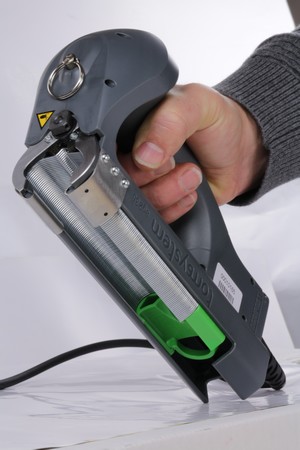 All in all, labour is now the reason for growers to test the Tomsystem, but the ultimate causes for switching are much more diverse. "It's a matter of mathematics. Labour, waste and cultivation benefits - count your profits. That's also why we started offering the system in greenhouse horticulture in the first place."

Since the technology wasn't originally designed for that purpose, the company has been through a start-up phase in the early years. "In the meantime, we have developed the system to such an extent that it requires less maintenance and service. That's certainly important now, when all sorts of viruses prevent us from visiting the companies.... We do a lot by phone, app and e-mail. And of course it is important that, if there is a malfunction, the machines are back within a few days. In the end, you can never completely prevent something like this, but the growers know that we are there for them, should something be going on." 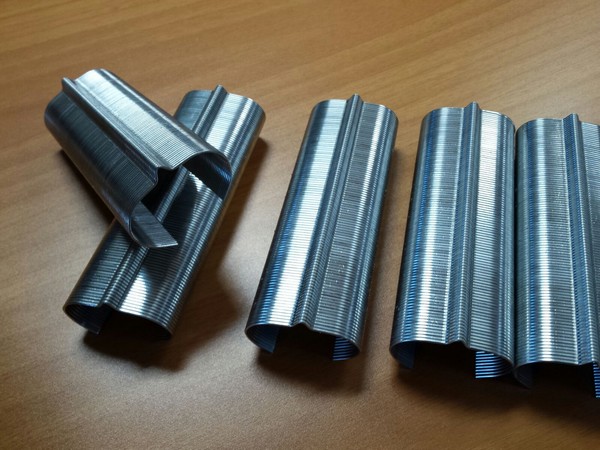 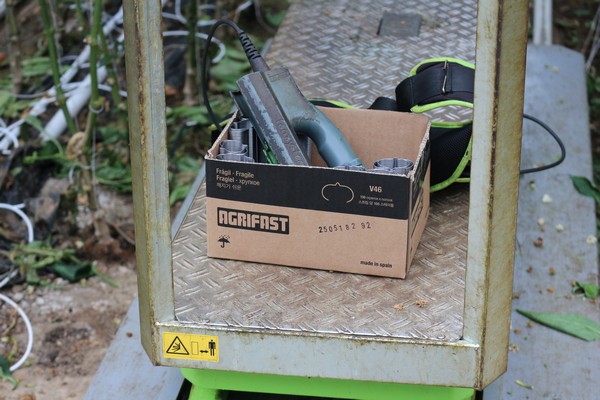 Meanwhile, the people of Agrifast and Hortiware can advise almost blindly when they combine the choice of crop, stem density and rope thickness and can also quickly estimate the work performance with this information. In recent years, their reach in the global greenhouse horticulture sector has increased steadily. "In Netherlands we see that we serve the majority of the high wire cucumber growers. Also in other crops the demand is growing. We've served tomato growers from the start, nowadays more and more eggplant and pepper growers are joining", sums up Dirk-Jan. "But also the traditional cucumber cultivation:

The head is tied at the top, and if we put a ring there, it will save up to two-third of the labour during the season." And this brings us back to the main reason growers pick up the phone to hear more about the Tomsystem: the labour savings that growers are so eager for. "We can certainly achieve that", concludes Dirk-Jan, laughingly concluding that the success of the system actually only results in higher labour pressure at Hortiware and Agrifast itself. "But of course we'd be happy to do that."