doing business internationally during the coronavirus

Companies that have been deemed essential, have more privileges than others. Especially companies that contribute to the fresh food production, are allowed more to be able to do their work. At Meteor Systems, that is the case as well, fortunately. For instance, a customer in California has helped them receive the right paperwork to be able and allowed to do their job there. Peter Lexmond talks about how the coronavirus affects the company. He thinks the situation the world is in at the moment is the ‘new reality’, and it needs to be dealt with.

United States
In the beginning of May, two workers from Meteor Systems are going to America, California to be specific. The borders are closed, but a client was able to make it happen. The government has to be persuaded that it is essential the work on his farm be done by people from abroad. “He got permission from the immigration service to let our people come there to work on his installation. The paperwork was approved to the highest level so he really did everything he could for us,” tells Peter.

There are few to none direct flights to California, so it takes quite some puzzling to see what route the workers can take, detours may be necessary. The names and passports of workers who might be able to go had to be submitted two weeks before, as well as the flight plan. The customer put those through to the immigration service. It has to be known precisely who is going to be on what flight. The workers are going to a very large project where they’ll be working for at least a few weeks. 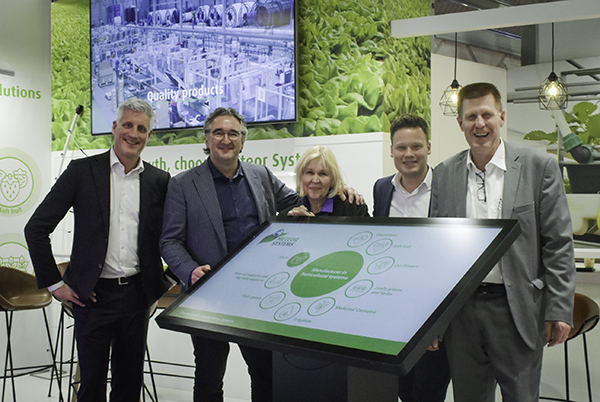 Russia
In Russia, there’s machines from Meteor Systems as well. “We’ve also trained people so they are able to work with the machines, this means independence for us, especially now that we are unable to go there ourselves,” says Peter.

Australia
There is also a machine stationed in Australia, and two people who are able to work with it. “We’re lucky that we have trained people there, so we don’t have problems with flying people over or with closed borders.”

Canada
When Trump announced that the US was going to close its borders, Meteor Systems expected Canada was going to do the same, and not much later. So they flew someone there, making sure there is someone present in this strange time. “He got quarantined for 14 days first, at our own initiative.” The company owns a house in Leamington, Ontario. The guy who was flown there, knows the area, he’s lived there a while before. “We did make an agreement saying if he wants to go home, that’s not a problem. We’ll fly someone else there, then. Of course, they’ll have to be quarantined for 14 days as well,” says Peter. “We are an important supplier for the food industry, so it’s essential that at least one of our men is present in Canada.”