BSc, MSc and PhD students of universities worldwide are attempting to design a greenhouse or vertical farm, integrated in the city of Dongguan, China: an urban greenhouse. On 2 April, each team consulted six experts to discuss their plans and problems they ran into. Due to the corona crisis, this year the Urban Greenhouse Challenge organised its first ever online coaching session in the form of speed dates. Despite being in their own homes, both students and coaches were thrilled with the sessions. “The team really enjoyed the moments with the coaches. We definitely learned a lot!”, says student Camilla Grande Degaspari of team USP.

Pim de Jong is one of the coaches who was consulted by the teams during the speed dates. He studied industrial product design in Rotterdam, the Netherlands, and is now project manager at Codema: a company that creates automated systems in greenhouses. There, De Jong leads and supports projects and focusses on the mechanical and technical aspects of greenhouses. Together with one of his colleagues, De Jong spent the morning of 2 April talking with three student teams. With his many years of experience De Jong hoped to transfer some of his knowledge to the students. “I really enjoy being a coach”, he says. 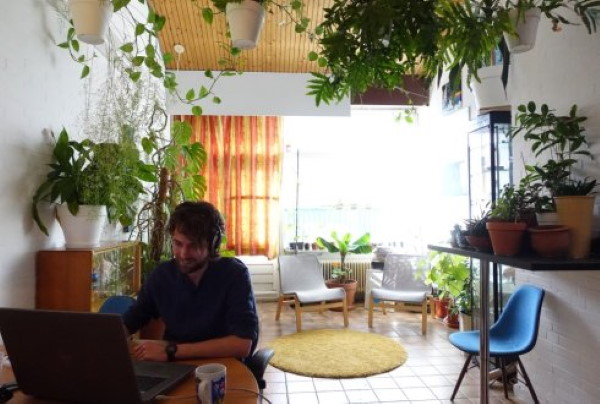 Coach René Gomersbach has a different background: he works at Rabobank and guided the teams from a different perspective. At the Rabobank group, he is a sector specialist in horticulture. He keeps track of the market development in horticulture, ranging from mushroom farms to tree nurseries. With his many years of experience in greenhouse horticulture, he knows the sector pretty well. 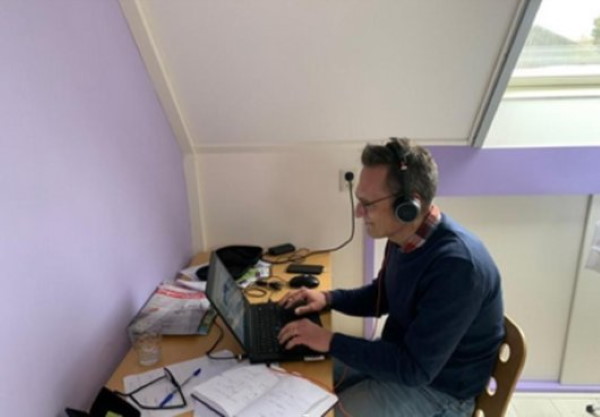 Positive experience
Both coaches experienced the online coaching sessions positively. “I thought I would miss the personal contact", says De Jong. "Coaches follow the teams on paper, but that does not give you such a complete picture of the students, their ideas and approaches as when you meet face-to-face. But it turned out that webcam-to-webcam interaction works as well.”

Gomersbach found the teams very well organised “For example, each team appointed one person who asked the questions.” He really tried to get the most out these speed dates by answering the questions the teams had sent in prior to the sessions via email. “That way the students could directly address some of the issues during the speed date and it allowed us to go more into depth during the discussion. The students returned with some very good follow-up question and it resulted in nice and lively discussions.”

Big impressions
Some of the teams left an impression at the coaches. For instance, team ECOllab impressed De Jong because of their focus on sustainability. “A vertical farm requires a lot of artificial light. But also a great deal of cooling capacity, since the artificial light produces a lot of heat. Very often people underestimate the amount of energy needed to light and cool a greenhouse. ECOllab was very aware of this and tried to find creative ways to make the greenhouse as sustainable as possible.”

Team Argos is planning to design a vertical farm in a large centre with supermarket and foodstands. They want the interior of the greenhouse to be visible through large glass walls. “It is a great idea” says de Jong. ”This way people can see the cultivation while they are having a drink on the terrace or doing groceries.” 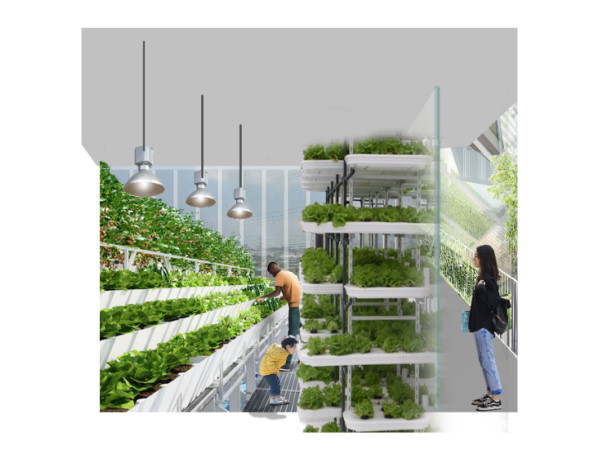 But even with the most impressive concepts come a few pointers. In the case of ECOllab De Jong pointed out that you can do a lot more with heat than just send it outside. “Heat is an energy source that has great potential. It can, for example, be used to heat up surrounding houses.” In the case of team Argos he put a side note at their idea with glass walls: the crops in the greenhouse are being illuminated with an intense and harsh purple light. If you look into it for a while, your entire world will turn green afterwards. “That is not what you want when you are enjoying a beer on the terrace." The team should try to find a way to temper the light intensity or try to set up the greenhouse in a different manner: away from the terraces. 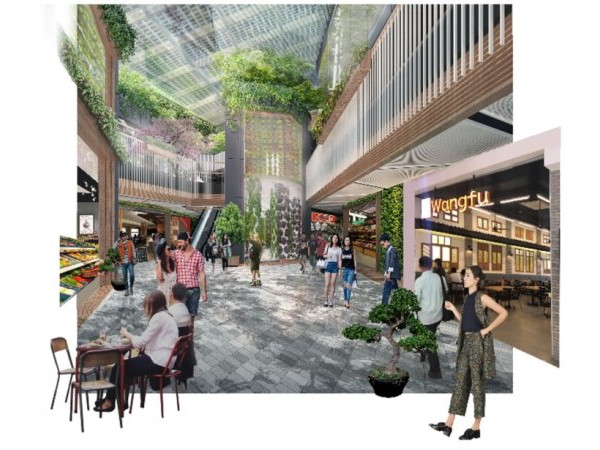 And even the best coaches don’t know it all. Team Northwest A&F University, has ideas about recycling the organic waste into fertilisers. De Jong finds it very exciting and logical to do this in a vertical farm. Unfortunately he couldn’t help as much as he liked as it fell outside his field of expertise. “I am very eager to know how their project will develop and end.”

On repeat
It was an unusual way of coaching this year. Would they coach again? “Yes” says Gomersbach “I really enjoy being a coach. In fact, it challenges me too. On top of that I really like the Urban Greenhouse Challenge and it shows well how students can contribute to the horticultural sector. Especially in a country like China, where cities are growing rapidly and more mouths need to be fed every year. There, new ideas are welcomed with open arms.”