"We're all kind of living day by day now"

Time for a positive sound, they thought at Royal Berry. It's spring in the greenhouses at this strawberry grower and they made everyone part of that via some beautiful photos. "We think the consumer needs and wants locally grown, super healthy strawberries, right in this trying period", says grower Jan van Genderen. 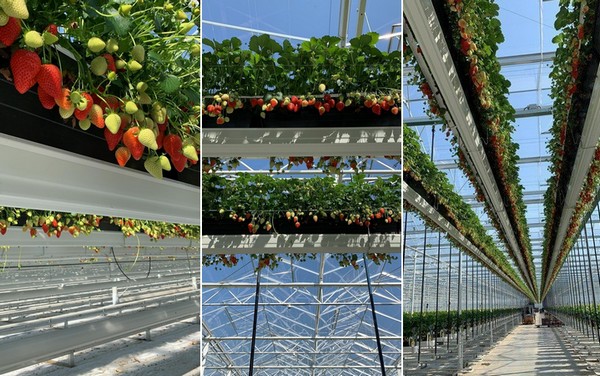 Optimal weather
He is content with how the crops look now. "The current weather is optimal. The amount of light is perfect for a good taste, and we can control the temperature ourselves."

At the start of January, the time of the Aardbeiendag (Strawberry day) in Den Bosch, there were some concerns about the lack of cold in the winter. Now, there have been some cold nights. The crops at Royal Berry look 'perfectly fine', according to Jan, so the lack of cold 'seems to be okay'.

First harvest from new greenhouse
Last year, Royal Berry added six hectares of greenhouse. The first round is now grown there. The first harvest of Malling Centenary was in the middle of March (extra early this year) and was auctioned off for charity. "The market is very volatile", tells Jan, who can't tell yet if the early harvest was successful.

"We notice that most of the Dutch supermarkets have Spanish strawberries up until now, while we think that the consumer needs nice locally grown, super healthy strawberries in these trying times. We see that at some smaller supermarkets we deliver to, the sale volumes are fine." 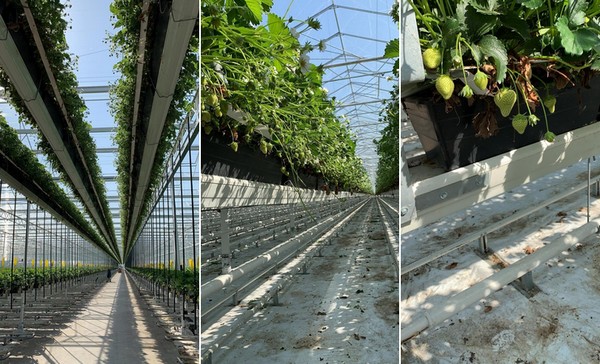 Elsanta is about to start colouring

Living day by day
Elsanta will follow next week. We'll have to wait and see how that crop will be received. "At this moment, everyone is interested, but no one knows which way it's going", sees Jan. "We're all kind of living day by day now, because nobody knows what tomorrow will bring." 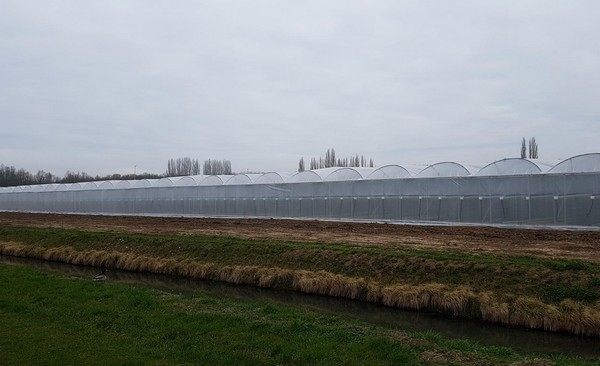 One certainty is the cultivation in the new Mini-Air greenhouses which Royal Berry put into use last year as innovation. "The system is good for us", tells Jan. "We're growing the varieties Favori and Furore here this year, and expect to start harvesting here at the end of May."