Greenhouse suppliers fear effects COVID outbreak are yet to come

In the beginning, horticultural suppliers replied in a quite down-to-earth manner to the corona problems, but now horticultural problems start to slow down, and continuing to work gets harder. The real hard months are yet to come, though, fears Annie van de Riet with AVAG and Eric Egberts with Dutch Greenhouse Delta. "A lot will depend on the growers' willingness to invest."

For that reason, it's in the interest 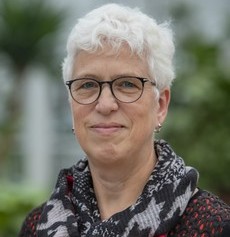 of horticultural suppliers that growers worldwide get financial support to make it through the corona crisis. "Our members are involved in ninety percent of the greenhouse building projects around the world", estimates Annie van de Riet, president of AVAG, the industry organisation for Dutch greenhouse builders and horticulture technique companies, with which over 70 companies are associated.

The wallet is closed
Begin last week, the mood with the members of AVAG was pretty down-to-earth and projects went on, Annie now gets more signals that problems are rising up. "The supply of the materials gets more difficult, as is getting people to site. Getting simple base materials from for instance Italy, gets harder, so delays are starting to come.

Yet, the delay of projects is not the biggest problem, stagnation in sales is, knows Annie. "Our members depend on the willingness to invest from growers around the world. Unfortunately, you see new investments getting postponed, building plans don't go through, already made orders get retracted, so the wallets are closed."

Aftermath
The longer the growers get setbacks, the longer the aftermath is going to be, she expects. "As soon as the market in ornamentals, fruit and vegetables gets going again and the restrictions are lifted, everything will seem to be 'normal' again. But right at that time, it will be a big question, what the crisis has done to the willingness to invest. The real setback for our members will be later, I expect, and it will last longer than in other sectors." 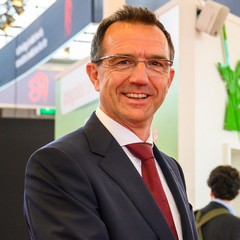 New orders from China
This is also the image that Eric Egberts, CEO of Dutch Greenhouse Delta (DGD), sees. His focus, with the involved parties in DGD, is mainly abroad, more than Annie's. "In China, it seems the worst of the crisis is over. The country is already back at ninety percent of the productivity from before, or so I hear.

Even during the corona crisis, the agricultural and horticultural sector, including greenhouse building, did not go completely down. You do see a difference between ornamental growing and the growing of fresh fruit and vegetables. In that last market segment our partners already see new orders coming in, and people are also looking at smaller and larger new investments again."

Investing in local growing
The corona crisis, however painful the situation is now, isn't necessarily that bad, expects Eric. "Countries now face facts about their vulnerability considering food supply, because they aren't self sufficient. There's a raise of awareness with large investors and governments that it is important to grow locally. That awareness was present before corona, but it will get a boost now, I expect."

The biggest challenge for DGD is mainly catching up with the delay. "We often go abroad to keep a connection with governments and plea for horticulture with Dutch technology. A lot of trips, among which to the Middle-East, were already being prepared, and as soon as we can we will go that way again.

What we are mostly doing right now is preparing ourselves and our partners so we are ready to go as soon as we can. The challenge is to operate more efficient and effective in a market that will have a great demand."

Catching up with delay
When the moment of going again will be, is guessing for now. Eric expects that that will be at least after the summer, now that in the Netherlands the 1st of June is set for the measures, and in India and the United States, where DGD is also active, the fist corona 'wave' is only coming now, or not yet, even.

Doing maintenance continues for the AVAG members in the meantime. "That is crucial for the vital sector which is horticulture in the field of food supply", knows Annie, who in the meantime sits at multiple lobby tables, to raise the issue of the staggering investments.

"It's too early to name damage amounts. We can't quantify the damage, but it's clear that lost profits can't just be made up for. It's important to keep moral high together, and to take care that the growers make it through internationally. That's the best for our members."

9/11
AVAG gets, among others, question about cross-border traffic, it's actual status and limitations in it, but also about reduction of working hours about which some of our members already think. "Our members make claim to that if possible", reassures Annie. "But let's all hope that this situation is any like 9/11. The world was in shock then, too, but after that everything got back to normal."