Stefaan Vandaele looks back and ahead after 1 year of Agaris:

“Despite the current crisis, we are looking ahead to the future” 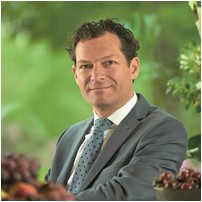 Also during these turbulent corona times it is good to commemorate anniversaries. On March 21 it was exactly one year ago that substrate producer Agaris exchanged the name Greenyard Horticulture for the new one which literally means ‘may you grow’.

There were not many changes, but with the experience from the past that has been gained and with the strong long-term shareholder Straco in support, the goal is to continue to grow.

Despite the fact that everything else remained the same, the whole name change was a great project, says Stefaan Vandaele, CEO of Agaris. “The team can be proud of how everything has turned out. The name was launched and has been well received now, both by clients, consumers and here internally. When answering the phone, announcing the name Agaris is now business as usual.”

The latter is also the case for Stefaan. He also experienced the earlier company names Peltracom and Greenyard Horticulture. With fifteen years of experience in the industry, he has seen it all. “In the sector they sometimes say that potting soil not only gets under your nails, but also under your skin. I think I can say that it also applies to me”, Stefaan chuckles. With his experience, he is not only the right person to hold a straight course in the current crisis, but also once in a while to look back and forward. 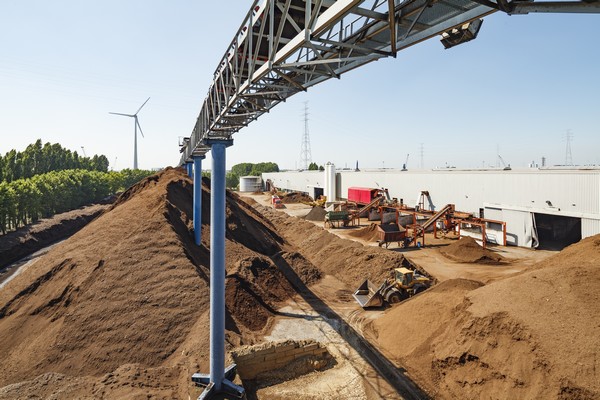 Have you never been afraid that another name change in a relatively short time could be detrimental to the recognizability in the market?
“No, although a name change is of course a risk. But in this case, only the name has changed, the people and the service have remained the same. The customers hardly noticed it. We still have the same team and moreover the company is really rooted in our long history that dates back to the early 1970s. From a small company we have grown into an independent group with 13 factories in Europe and more than 800 employees who together provide 3 million cubic meters of growing media on an annual basis.”

What are the goals for the coming years? More export destinations and more own substrate production?
“We definitely want to continue to grow sustainably. We currently export to 65 countries worldwide, but we absolutely want to expand that number to regions where we currently see a lot of growth, such as Asia, Latin America and Africa.

But we also see a lot of evolution in traditional markets, be it ornamental cultivation, (greenhouse) vegetable cultivation, mushroom cultivation or new forms of cultivation such as urban farming or vertical farming.

To supply all those professional markets, but also the consumer markets in which we are a major supplier, with a diverse assortment of potting soil under private label and under the Agrofino brand name, many cubic meters and also many different raw materials are required. Peat is still a very important raw material, and we are proud of being able to carry the Chain of Custody RPP certificate on all peat products. All the peat that we use is extracted responsibly.

In the meantime we have also increasingly mastered the various other raw materials, such as green compost or bark, whereby we are strongly integrated vertically in the chain.

We control eighty percent of the raw materials that we use, twenty percent is purchased in the market. By having a lot under our own management, we guarantee supply certainty and we can also maintain a constant quality, which is important for natural products. Peat ships can freeze in the Baltic in winter, and also coconut, in which we work with partners, is weather-sensitive, as has been shown in recent years. 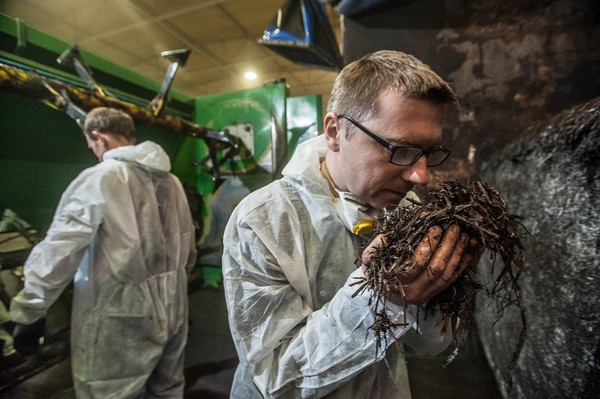 For that reason, you see increasingly more vertical integration in the substrate market, although I do not believe that one hundred percent vertical integration is necessary. Eighty percent is our guideline, because you still want to keep in touch with what is going on in the market. From time to time you also want to be able to seize opportunities and if things are going badly in your own chain, you need partners that you can count on, even if you don't always work together.

To give an example: We use a little bit of German peat in some products. That is too small to have everything under your own management, so you have to work together. Actually, just like in the fresh produce market, where increasingly more is being sold on contract, but there is always room for a free market because of the opportunities that are still present there.”

How do you ensure optimal quality where the raw materials are not managed in-house?
“We make clear agreements with the partners with whom we work, not only about quality and security of supply, but also about sustainability, on a social level and how personnel is treated.

We constantly carry out audits at partners and at our locations to check the quality of the raw materials and everything that is involved. Because of the fact that we are dealing with natural products, we also opt for a multi-product strategy. Each specific raw material has its own qualities that you want to use optimally in a good mixture.

Also from a sustainability point of view it is good to use different raw materials. In addition, there may be some natural fluctuation in the quality of a certain raw material, whereby you can adjust the mixture through the multi-product strategy, so that the quality of the end product is always constant. Growers work on fully computer-controlled companies, so optimal substrate is of increasing importance, and you have to be able to continuously adjust the composition.”

Where do you see the most growth? In floriculture, greenhouse vegetables, soft fruit, arboriculture, mushrooms? And what is currently the largest market / largest segment?
“We have traditionally grown well in floriculture with a strong presence from way back in the tree nursery sector. And also in bedding plants, although there is little growth left in this sector. However, the tree nursery sector is really booming and the new European Green Deal, with tree planting plans, is in their favor. You can also see that houseplants are doing well. 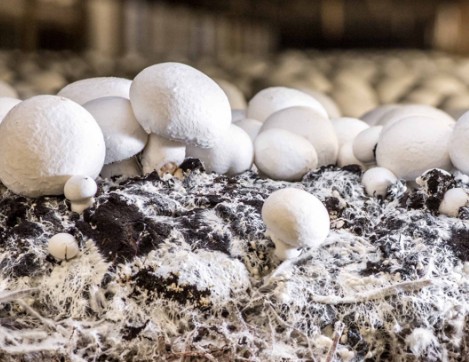 Other growth markets include mushroom substrate, which is shifting from West to East and also to new markets such as urban and vertical farming. If I look at our price list for 2020, you will see only 3 products in the top 20 that are older than 3 years. A lot of products are new and respond to growth markets. Roof gardens were virtually non-existent five years ago, but it is already a significant part of our business today.” 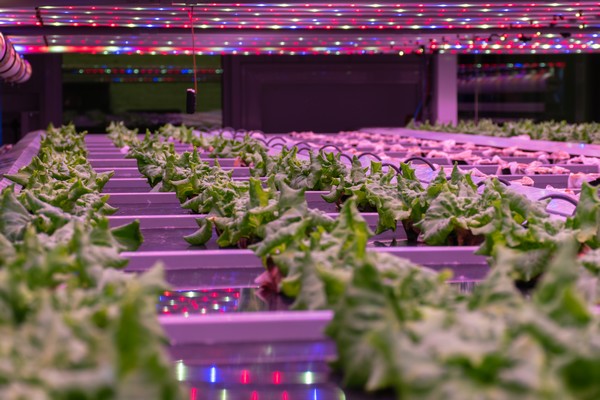 Before a new growth medium is ready for practice, it is first extensively tested by our research and development team. The first step here is physical-chemical laboratory tests and after that we test together with test centers. The growers will also join in at a later stage.

In the past, we also had our own demo greenhouse as an intermediate step. We removed that step, but we are still testing in our own LED growth room. Scale testing at the grower works just as well. Growers have the experience and prefer to see with their own eyes in a test corner in their own greenhouse what exactly happens with a new growth medium and how the crop reacts.

Growers are really open to testing with us, we see. Confidence is there, also in the consumer markets in which we go through the same process with retail.”

How does Agaris view certifications? There seem to be more and more, so isn't that a danger for the consumer/grower who sometimes seems to lose track because of the sheer number of certificates?
“It is slowly becoming quite a lot, probably also too many. For example, we ourselves make a lot of potting soil for retail under private labels. Each retailer comes with their own specifications full of rules and requirements and often also a certification scheme.

You have labels that focus on quality such as RHP, GMP, ISO, sustainability labels such as RPP, MPS, Ecolabel and also social labels and many more. We have audits almost every week from all kinds of labels and agencies and it is a full-time job to supervise and steer everything in the right direction.

Although there are now a lot of them, all labels also have a positive effect on producers like us. By integrating all labels and requirements into our own quality system, we can keep raising the bar. However, it is difficult for consumers and growers to estimate the value of all those labels.

Our role here is to communicate as well as possible, in which it is important to show and explain which solutions we offer. That is more important than the commercial value of a logo or label on a packaging. The story has to be presented well and that doesn't require dozens of logos or labels. A total package with a good story is sufficient.”