There is a pilot project underway in Abu Dhabi, aimed at growing raspberries and blackberries commercially for the first time.

The popularity of berries (and their large profit margins) have caught the eye of the Abu Dhabi Agriculture and Food Safety Authority. The organisation is harvesting the fruits of their first season, which began in November, at the Adafsa model farm in Al Dhafra.

“We weren’t expecting to have fruit this season. We were just praying,” said Muhammad Al Muhairi, a manager at Adafsa who is in charge of the berry project. 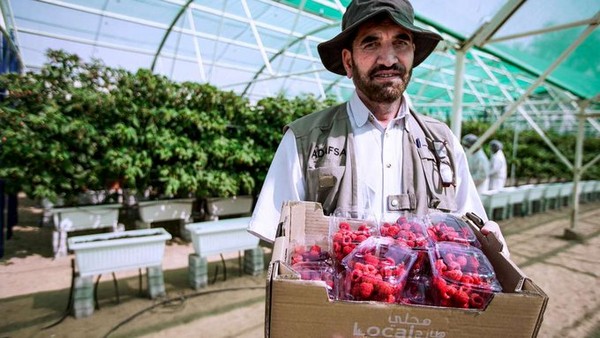 The fruit is notoriously labour-intensive and sensitive to heat. While blueberries have already been grown and sold locally, raspberry and blackberry plants bear fruit sooner and command a much higher price. The project fits into Adafsa’s goal of increasing farmer income to maintain the sustainability of local agriculture and reduce dependence on imports.

Al Muhairi told The National that locally grown berries would have a significant advantage over imported ones because of the proximity to the market. “Raspberries and blackberries mainly come from Europe so they lose more time in transport compared to those produced here."