Exports of fresh produce from Bangladesh have been seriously hampered by the flight restrictions imposed by several Middle Eastern countries, intent on preventing the spread of the coronavirus. The Indonesian government needs to further simplify import procedures for basic needs like garlic, in view of the up and coming religious festivals. In Pakistan, all sectors are under immense pressure due to the pandemic, and the suspension of flights has created serious threat to the trade sector.

Australian fruit and vegetable growers fear that global travel restrictions could create imminent labour shortages on their farms, leading to the loss of their harvest. In turn, the Land Transport Federation of Thailand expects shipments overland to continue to drop and is concerned food exports will be affected as food products and goods shipped to China make up 20-21% of total exports. Lastly, sales of turmeric from India to Europe and West Asia have risen sharply because of its alleged medicinal properties. 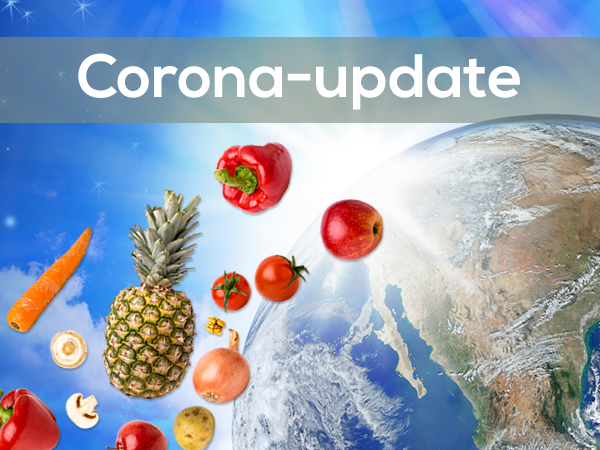 Bangladesh hit by flight restrictions in Middle Eastern countries
According to an article on thedailystar.net, exports of fresh produce from Bangladesh have been hit in the wake of flight restrictions imposed by several Middle Eastern countries to prevent the spread of the coronavirus. The Middle East, home to more than five million Bangladeshi migrant workers, is the biggest destination for the locally grown vegetables and fruits, which brought home $100 million in the last fiscal year.

The perishables are shipped by air cargoes and their shipment began to suffer after Saudi Arabia, Kuwait, Qatar and Oman slapped entry restrictions on international flights, including those from Bangladesh.

"Our exports to these destinations have come to a halt because of cancellation of the flights. We are facing the curb just at the beginning of the main export season to the Middle East," said Mohammed Monsur, general secretary of the Bangladesh Fruits Vegetables & Allied Products Exporters' Association (BFVAPEA).

Shipment of fresh produce hit a four-year high of 61,500 tonnes in the last fiscal year, up 52 per cent year-on-year, according to data compiled by the Hortex Foundation under the agriculture ministry.

The tightening of import procedures to prevent the spread of the novel coronavirus from aboard has partly caused shortages in commodities such as garlic. The government has repeatedly claimed it could meet demand during the festivities. But Institute for Development of Economics and Finance (Indef) researcher Rusli Abdullah has expressed doubt over such claims.

Virus likely to affect Pakistan agri exports
The closure of air and land routes due to the coronavirus pandemic is likely to cause $150 million loss to Pakistan’s horticulture exports during the next two months.

Flights have either been reduced or airlines completely halted their operations to Europe, Far East and the Middle East, which resulted in significant reduction in the demand for fruits and vegetables across the world.

After sealing of western border of Pakistan, fruits and vegetable exports through land routes to Iran, Afghanistan and Central Asian countries have also been suspended.

All industrial sectors are under immense pressure due to the coronavirus pandemic, and the suspension of flights has created serious threat to the trading sector. Transportation of food stuff via sea routes is also experiencing problems.

Waheed Ahmed, the Patron-in-Chief of Pakistan Fruit and Vegetable Export Association (PFVA) has said that Pakistan is currently confronted with an alarming situation due to unprecedented serious effects of corona virus pandemic.

If the coronavirus pandemic is not fully controlled then the export of mangoes, that would commence in June, would also be seriously affected leading to huge financial losses to the exporters as well as agriculture sector, he added.

Harvests could be lost due to travel restrictions for labourers
Australian fruit and vegetable growers say global travel restrictions could create imminent labour shortages on their farms, amid growing concern harvests could be lost due to the spread of the coronavirus. Growers’ groups say there are no current supply or demand issues for fresh produce. But farmers have raised alarm at a looming labour deficit in an industry highly reliant on seasonal, short-term and foreign workers.

“We’ve been having these conversations with government for a couple of weeks now ... to ensure there’s a security of supply of labour,” said Richard Shannon, the policy and advocacy manager of the industry lobby group, Growcom.

“It is the one issue that growers are raising consistently. There are people overseas making decisions right now [about whether to come to Australia], who would otherwise be here picking fruit or vegetables in three and six months’ time. All options are being explored, including creating greater flexibility around those [temporary and foreign-work] visas for folks already in Australia, or incentives we might provide to attract more domestic workers.”

Horticulture is heavily reliant on backpackers and other foreign workers, partly because of the difficulty farmers have in attracting Australians for harvest work. Countries including Australia and New Zealand have enforced two weeks of mandatory quarantine for any arrivals into the country, while others such as Canada have closed their borders completely to foreigners.

These measures have caused travelers to cancel their plans, with Mr Shannon saying we need to be flexible with visa arrangements to ensure staff for farmers.

Land Transport Federation of Thailand forecasts land export dip
The Land Transport Federation of Thailand (LTFT) expects shipments overland to continue to drop because of the Covid-19 outbreak limiting demand worldwide. The organisation is concerned food exports will be particularly affected as food products and goods shipped to China make up 20-21% of total exports, where many cities have been quarantined in response to the virus.

Thongyoo Kongkhan, adviser to the chairman of the LTFT, said Thailand’s export of food products and goods to China account for 20-21% of the total export market, most of which travels via Vietnam’s northern border. “Even though the coronavirus outbreak in China appears to be declining, it will still take time to return to the normal situation.”

Thongyoo said many truck drivers are out of work as exports slow to China and neighbouring countries. “LTFT has 1.4 million truck driver members in Thailand, and 20-25% have no work, have no job and some companies cannot afford to pay their workers.”

Mr Thongyoo said China mostly imports fresh produce like dragon fruit, longan and durian from Thailand, much of it shipped by cold transport businesses that will be disproportionately affected by the export slowdown.

Virus scare ups demand for India's raw turmeric
Turmeric sales from India to Europe and West Asia have risen sharply because its medicinal properties are getting renewed attention at the time when the coronavirus is spreading rapidly, traders said. Concerns over the virus have also boosted domestic sales of fruits and vegetables. Raw turmeric is often used with hot milk, which is believed to keep the respiratory system healthy.

"The overall jump in export demand for fruits and vegetables has increased by 15%. But we have seen the demand for raw turmeric jump by 300%," said Kaushal Khakhar, chief executive officer at Kay Bee Exports.

Exporters said cancellation of flights has made it difficult for the traders to fully take advantage of the opportunity.

Rajiv Gupta, exporter of vegetables and fruits from Mumbai, also confirmed the increased interest of corona-affected countries in consuming raw turmeric. From about 300 kg of raw turmeric that he was exporting everyday by end of February, the demand has shot up to 3 tonnes a day in March.

"We have observed that the demand for fruits and vegetables has increased by 5% to 10%. However, there is no increase in prices as we have surplus supplies," said Shankar Pingale, director, Agricultural Produce Market Committee, Vashi.