A biological technique used to suppress soilborne pests and pathogens already used in warmer climates, with some modifications, will work in Pennsylvania and other more northern locations, according to a team of researchers. 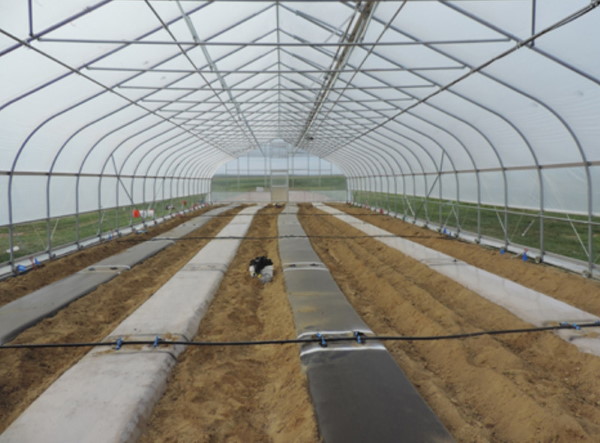 High tunnels — unheated greenhouses that help commercial farmers extend their growing season so that they can improve the profitability and productivity of their farms and the quality of their produce — are an integral part of food production systems in many parts of the United States. However, because soils beneath high tunnels support an intensive cropping system and are shielded from freezing temperatures, bacterial and fungal pathogens and pests can build up. 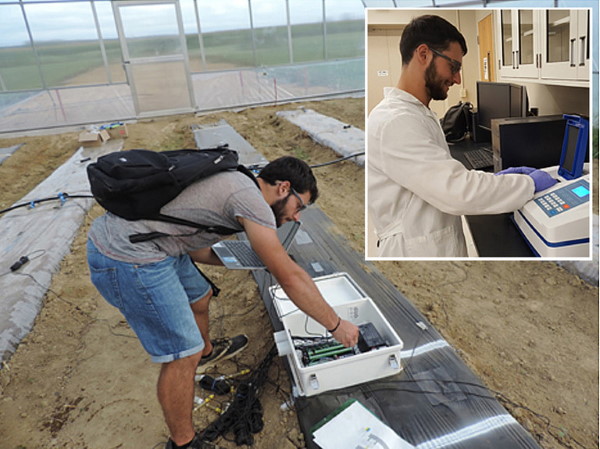 Luca Vecchia, a visiting masters degree student from the University of Milan, Italy, shown analyzing the quality of cover crops and alternative carbon sources in the experimental high tunnel and in Francesco Di Gioia’s lab in the Department of Plant Science (inset). Image: Francesco Digioia/Penn State

The technique, known as anaerobic soil disinfestation, involves adding an organic material to provide a source of sugar to feed the microbes in the soil and initiate a process that leads to a temporary shift of the soil from aerobic to anaerobic. Under anaerobic conditions, a sort of fermentation process is triggered, Di Gioia explained, which leads to the production of organic acids and other compounds that are toxic to most soilborne pests and pathogens.

“The challenge here is that we have lower temperatures in the Mid-Atlantic Region, and we need to find effective and inexpensive sources of carbon — sugar — to feed the microbes and initiate this process,” he said. “So, we have been studying to see if cover crops may be used as a source of carbon and if the method will work here. And we have learned the answer is, ‘yes it can.’”

Anaerobic soil disinfestation simultaneously controls soilborne pathogens, root nematodes and weeds in several horticultural crops, such as tomatoes and cucumbers grown in conventional and organic systems, the researchers report. The technique is applied by amending the soil with a carbon source, tarping the soil with an impermeable film and irrigating the soil to saturation.

The rapid shift in conditions stimulates the growth of anaerobic microorganisms and the decomposition of the carbon source, which produces metabolites such as organic acids, alcohol, ammonia and volatile organic compounds. Those chemicals suppress most soilborne pathogens and pests. 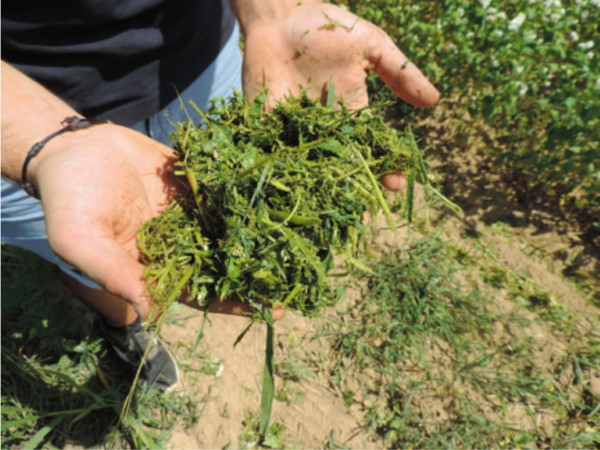 Fresh, chopped cover crop material, which is incorporated into the soil as a source of sugar for the soil microbes to fuel the anaerobic soil disinfestation process. Image: Francesco Digioia/Penn State

Anaerobic soil disinfestation also improves soil fertility and has been demonstrated to have positive effects on plant growth and crop yield, according to an article the researchers recently published in Acta Horticulturae, the proceedings of the International Society for Horticultural Science’s ninth International Symposium on Soil and Substrate Disinfestation.

“Growers in the Mid-Atlantic Region who use high tunnels are very interested in this, so in collaboration with plant pathologists and soil microbiologists we’ll be continuing research to learn how we can help them implement the technique,” said Di Gioia. “Soil disinfestation can also be accomplished by chemical fumigation, but consumers don’t want that and, of course, that is unacceptable in organic production.”

The long-term importance of anaerobic soil disinfestation being effective and used by high tunnel producers in the north relates to local food production and sustainability, Di Gioia believes.

Grocery shopping at the supermarket, we see that a lot of the produce there has come a long distance from the West Coast, from southern states and even from outside the U.S., he pointed out, and that is an issue. 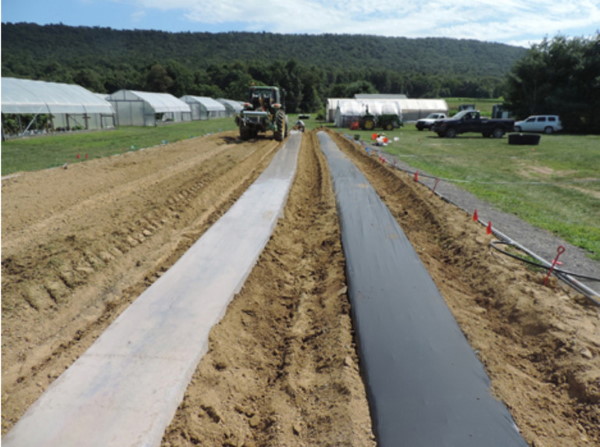 The study compared clear and black totally impermeable film to evaluate the potential temperature effect and how it influences the anaerobic soil disinfestation process. This photo shows the chopped cover crop material being incorporated into the soil. Image: Francesco Digioia/Penn State

“When we transport food long distances, we are using a lot of gas, we are polluting and we are releasing a lot of carbon dioxide — that’s not good for the environment,” he said. “Moreover, to travel a long distance, produce must be harvested before it reaches the optimal quality, and after harvest during transportation, quality can only decrease. Instead, we’d like to grow more here.”

High tunnels are a great tool because they allow us to produce fresh and highly nutritious fruits and vegetables in this region, Di Gioia added. “But we need to establish good soil-management practices for the long-term sustainability of high tunnel production systems.” 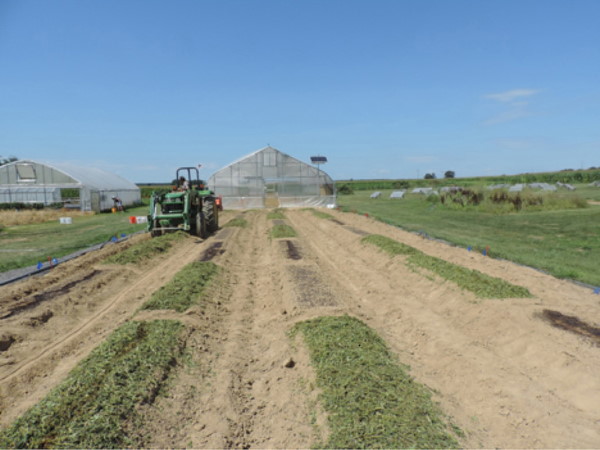 A view of experimental plots at the Russell E. Larson Agricultural Research Center at the very beginning of the research on anaerobic soil disinfestation, which demonstrated that the technique will work in Pennsylvania and the rest of the Mid-Atlantic Region. Image: Francesco Digioia/Penn State