Agrokultura Group is finding it easier to find the balance between optimal use of sunlight and crop protection. In the video, Sergei Volkov explains how ReduSystems coatings play an important role in this.

The company grows tomatoes, cucumbers, peppers, aubergines and strawberries on 58 hectares in Kashira, 120 kilometres from Moscow. In the summer, temperatures rise in the land climate. "If we don't take any measures, the plants become overheated. This makes them thinner and more susceptible to disease and pests," says Sergei Volkov. "In the past, we therefore used to close the movable screen for much of the day during the summer."

The arrival of ReduSystems coatings helped the grower. First, they gained experience using ReduSol and ReduHeat, and then continued with diffuse coatings. They found that ReduFuse IR was best for protecting tomatoes and cucumbers, while ReduSol was good for the young plants. "This strategy gave good results last year. So we'll use the same method next season," he says. 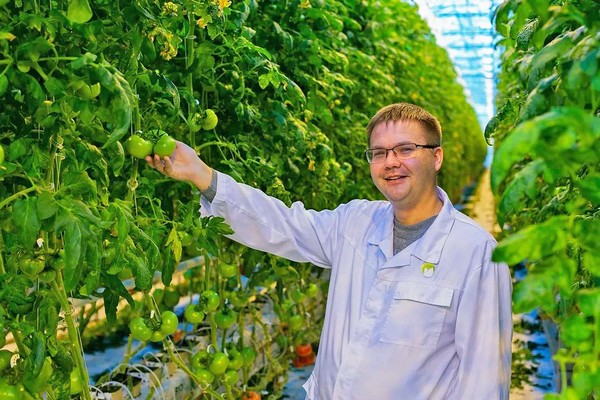 Converting light into production
The young plants are very vulnerable. A thick layer of ReduSol (20 buckets per hectare) provides protection against light and heat so that the crops can develop properly. Tomato and cucumber plants can take much more light. They are protected by 16 buckets of ReduFuse IR per hectare. This coating diffuses the light in the crop and keeps out heat radiation so that the plants do not overheat.

"Under ReduFuse IR, you don't get any bright light spots, which would cause stress in the crop. The light falls deeper into the crop and is distributed both horizontally and vertically. That improves the climate in the greenhouse. You can really see it: the plants look better. Productivity is higher, the product quality is better and there's less disease and fewer pests," says Sergei Volkov.

Occasionally, it is still necessary to use the movable screen, but in general the crop can usefully convert a great deal of light into production. And not unimportantly: the coatings have enormously improved the climate for the people working in the greenhouse.