BrightFarms, a leading supplier of locally grown salads for supermarkets, is expanding distribution in the Mid-Atlantic with retail partner, Ahold-Delhaize USA. The expansion will include over 330 Food Lion stores throughout the state of Virginia that will be serviced from BrightFarms’ Culpeper, Virginia greenhouse.

Since 2016, BrightFarms locally grown salads have been sold throughout the Mid-Atlantic in more than 160 Giant Landover stores. The new Food Lion stores will expand BrightFarms’ reach into Virginia Beach, Williamsburg, and communities in western Virginia. It will also strengthen BrightFarms’ presence in Charlottesville, Richmond, and Norfolk, growing the company’s customer base and making its local, pesticide-free produce accessible to more consumers. The Food Lion portfolio will include popular BrightFarms’ varieties like Sunny Crunch, Baby Spinach, Spring Mix, Baby Arugula and Mixed Greens. 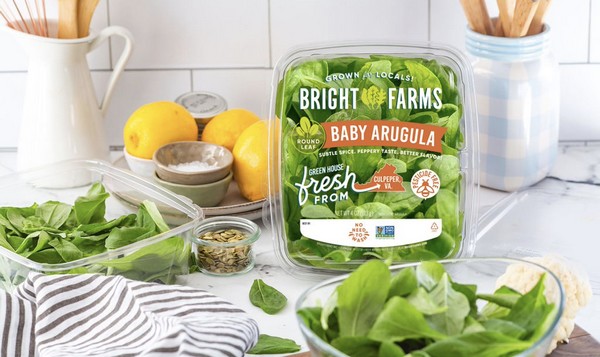 “Ahold-Delhaize USA is a leader in local produce. Since launching with Giant Landover in 2016, we’ve been fortunate to partner with several of their brands.” said Steve Platt, CEO of BrightFarms. “With our increased capacity on the East Coast, we're thrilled that we now have the opportunity to supply Food Lion’s Virginia stores with our fresh, delicious and pesticide-free greens.”

“Food Lion is committed to providing locally sourced, fresh, healthy and affordable produce for our customers across the towns and cities we serve. We’re excited about this expanded partnership with BrightFarms, which will expand our ability to deliver to our Virginia customers the high-quality, locally grown salad greens they expect from Food Lion,” said Chris Dove, Food Lion’s vice president of Produce Category and Merchandising.