Reportedly, the Chinese government has deployed 100,000 ducks in preparation for the locust invasion from Africa arriving at its borders. The Chinese media claim the birds -dubbed “duck troops”- can be more effective than pesticide.

According to the countries media outlets, the ducks have been dispatched to the Xinjiang border where China meets Pakistan and India as the locusts move eastwards. On Sunday, February 2, the government of Pakistan declared a national emergency due to the food shortages caused by the locusts destroying their crops.

Imran Khan, Pakistan’s Prime Minister, termed the menace as “the worst locust attack in decades”. From a video shared by China’s state-run news site CGTN, one could see thousands of ducks marching towards Xinjiang to face the locusts. 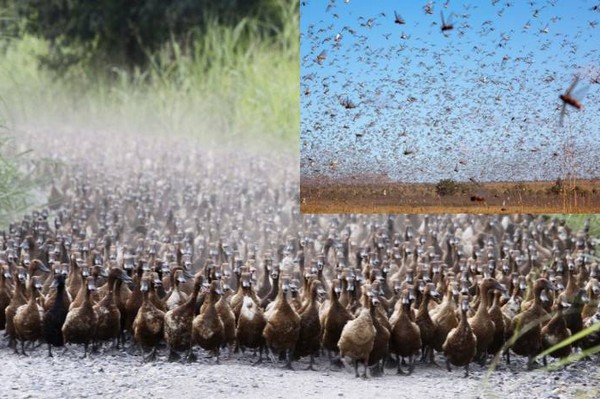 The swarms, first sighted in December, have already destroyed tens of thousands of acres of farmland in Kenya, Somalia and Ethiopia, threatening food supplies.

According to the UN's Food and Agriculture Organization (FAO) the invasion of locusts poses an unusual threat to food security in the entire sub region, where more than 19 million people in East Africa are already experiencing a high degree of food insecurity.