Schuyler Greens, located just outside of Charlottesville, Virginia, operates a greenhouse where they grow a variety of lettuces, salad greens, herbs, and microgreens such as arugula, kale, collards, and basil. As part of their local farm-to-table philosophy, farm manager John McMahon places a large emphasis on sustainable and eco-friendly growing techniques. They do not use harmful chemicals or pesticides, prioritize water conservation, and focus on supporting their local community to keep transportation costs and emissions low. Instead, they seek out the best technologies to make their greenhouse as efficient and environmentally friendly as possible.

Schuyler Greens was having an issue with low dissolved oxygen (DO) in their cultivation ponds. This was primarily caused by the warm climate in Virginia, which reduces water’s ability to hold DO. Schuyler relied on eight Venturi systems injecting air to elevate the DO. In the summer they also ran a chiller to keep the water temperature below 75 degrees Fahrenheit. 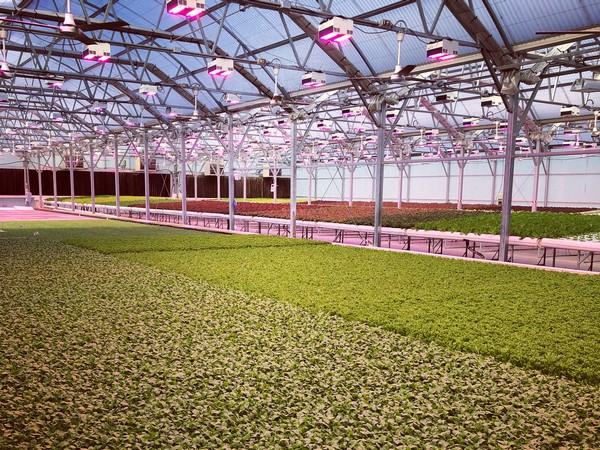 Prior to installing the nanobubble generator, Schuyler was achieving DO levels of only 6ppm in the summer months, which led to a number of issues including reduced yield, increased cultivation time and poor plant uniformity. After hearing about other customers who have successfully implemented Moleaer’s nanobubble technology and the resulting benefits, Schuyler decided to install a Moleaer Bloom 50 nanobubble generator on one of their 35,000-gallon deep-water-culture ponds.

After installation, the DO in the pond easily reached the target DO of 18ppm, where it was subsequently maintained. A noted advantage of the Bloom system is its ability to precisely maintain the targeted DO levels to the exact ppm, which economizes the use of oxygen and maintains the most optimal growing environment.

The secret to Moleaer’s technology lies in the bubble itself. Nanobubbles are extremely small, about 500 times smaller than the diameter of a human hair. This very small size enables them to have two very distinct properties. First, they are neutrally buoyant, so they do not float like conventional bubbles. Instead they follow the principle of Brownian Motion, meaning they disperse evenly throughout the body of water at all depths and do not float to the surface and off-gas. Second, their size also means more bubbles can fit in a given volume of water as compared to larger bubbles. More bubbles translate to more surface area where the water and oxygen meet. Both of these properties together translate to a very high oxygen transfer efficiency of 90%, making Moleaer’s nanobubble generators the most efficient method to rapidly elevate and maintain high levels of DO in water. 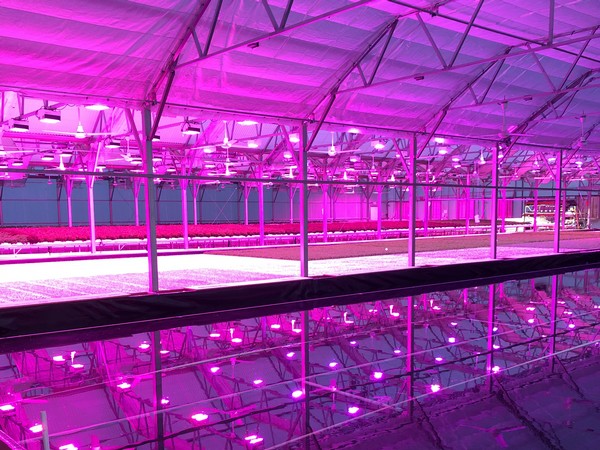 Schuyler Farms implements the latest growing techniques such as LED lighting, making the Moleaer nanobubble generator a suitable addition to their greenhouse.

After installing the nanobubble generator, Schuyler experienced multiple benefits to their deep-waterculture tank. First, they saw a significant improvement in root health. Roots were much whiter than had been observed before and signs of Pythium were eliminated, even in the hot summer months. The healthier root mass improved nutrient uptake which shortened cultivation time from 20-21 days to 16-17 days, resulting in four extra crop turns per year and additional revenue.

The nanobubbles also eliminated the need for the chiller, reducing energy costs at the facility during the summer months. These cost reductions and additional revenue equated to a six-month payback period for the Moleaer nanobubble generator.