In France, the first ToBRFV find has been confirmed. The virus was found in a tomato greenhouse in Finistère, Brittany. The farm has been closed, the infected plants are destroyed and the greenhouse will be disinfected.

Since October 2019, European growers are obliged to report it if they are infected with ToBRFV. This is to prevent the spread of the virus as much as possible.

ToBRFV is harmless to humans. Infected tomatoes can also be eaten without risk.

French infection
On February 11th employees found plants in the greenhouse that seemed infected with the virus. On Sunday, the Ministry of Agriculture reported the suspected contamination and yesterday, after additional testing, they confirmed the presence of the virus. Two greenhouses of the company are dealing with infected plants.

It is not yet clear how the plants were contaminated. The nursery is located quite remote. According to the Ministry, the plants were propagated in the United Kingdom from Dutch seed.

Three other French tomato companies are being closely monitored.

Dangerous outbreak
Laurent Bergé, chairman of the French interest group 'AOP Tomates et concombres de France', says that in the past the French industry has been able to keep a tight grip on viruses. "Our nurseries are far apart, which limits the risk of contamination from nursery to nursery," he says. Nevertheless, this outbreak is dangerous, he adds, because the virus is so virulent. 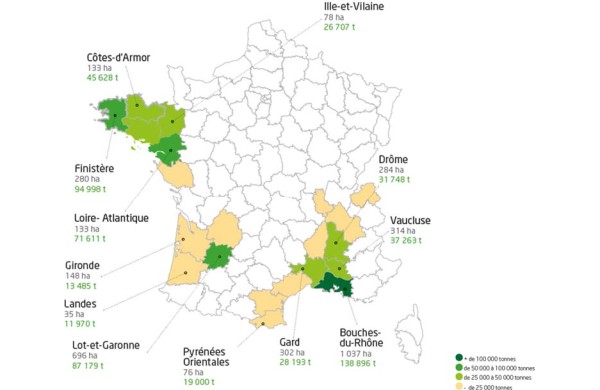 Economic consequences
The Ministry also warns about the virus and the economic consequences it may have for both professional and hobby growers. The government informs all French companies and will also inform the public, to make it clear that there are no risks in the consumption of tomatoes.

Among all French vegetable crops, that of the tomato is the most important. In 2018, 712,000 tonnes of tomatoes were grown in the country, to which must be added the approximately 400,000 tonnes from private gardens. On average, a French family consumes more than 13.9 kilos of tomatoes per year.