She notes that the low supply comes from problems in a few regions. “We had extremely cold weather in California so our numbers in California are lower this month than they were last year. There’s also less volume out of Mexico because they had rain,” she says. “And in Florida, they had some weather earlier and they’ve also had a bit of disease in some plants so the yields out of there will be lighter than expected.” 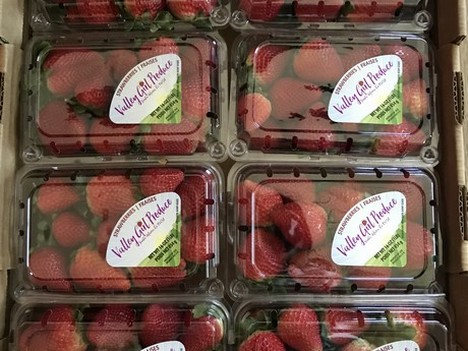 Quality concerns
And because of that weather, there are also some quality issues in some product—think some bruising on berries out of Mexico adds Ramirez.

Overall, Ramirez says that before February, production was in fact up on strawberries compared to last year.

What’s magnifying the issue is really the time of year. “It’s the Valentine’s Day pull when so much volume is needed--demand is really high versus what’s available,” she says. “Last Valentine’s Day, the markets were crazy. There was not enough supply and to be down even further from where we were last year for February--you can see why that’s creating the problem we have.” 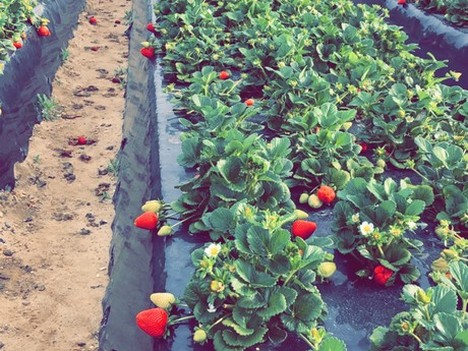 Strong markets
To date, Ramirez adds that the market has been pretty strong for the season. “We haven’t seen a lot of dips in it at all—we’ve been in the $14-$16 range and now it’s in the $20s,” she says. “Last year we saw the market go much higher than that.”

Looking ahead, she believes the market will even out again soon. “California will take care of itself and I don’t anticipate that this cold front is going to last long. I think it will happen within the next two weeks, even as far as this week once the Valentine’s Day pull is over,” Ramirez says. “And Florida is picking up in volume, Mexico is coming in with a bit more volume as well and I think we’ll have a normal spring for berries.”

Post-Valentine’s Day, strawberries do see a bit of a demand lull until closer to Easter. “There’ll be pretty good volume out of Mexico between February and March. They can finish up as early as the end of March and then Florida will finish up because they might have a short season,” says Ramirez. “California will start to pick up if we do see the good weather so things will get pretty much back to normal between Valentine’s Day and Easter. And then comes the Easter pull.”