Cold weather and rain in Mexico has slowed down production of raspberries somewhat.

“It’s affected production at a time where there’s already declining production. With this weather, it’s dropped off more than expected,” says Jose Andreu of Alpine Fresh based in Doral, Fl.

Andreu, who notes that the majority of raspberry supplies coming in the U.S. right now are coming from Mexico, says that in general, January to March is a low supply time for raspberries because there’s only one crop cycle. “Things generally start to bounce back in March and then we get back to normal numbers in April, May and June,” he says. The quality is very good though says Andreu, who adds that the raspberries are growing under hoops which help protect the fruit. 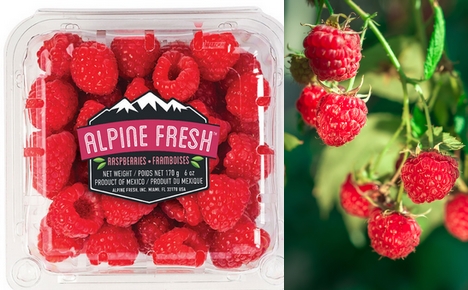 Overall volume okay
In general though, Andreu says that volumes have only been slightly less compared to last year. “But last week was less because of the weather conditions we had,” says Andreu.

At the same time, it’s a challenging time for raspberries from a demand perspective. “Demand has grown on raspberries and berries overall. It’s also a very big week with Valentine’s Day so demand is higher,” says Andreu.

This means that of course, pricing is stronger right now compared to last year. “It’s trending up,” says Andreu. “It started to get stronger the last week of January. I think it will continue to be the same looking ahead. We’re going to see a flat number for the next four weeks and not really a rise in production until we get to March.”