In Angers, France the second day of the Sival exhibition is in full swing. The show is again bigger than it was last year but on the first day exhibitors showed mixed feelings about the event. Local players are pleased, international companies a bit less enthusiastic - however today the aisles are more crowded. 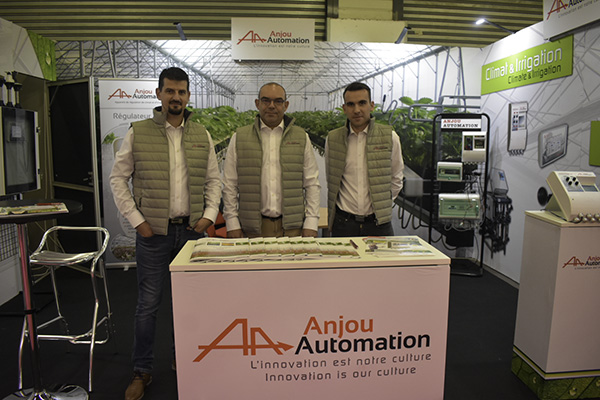 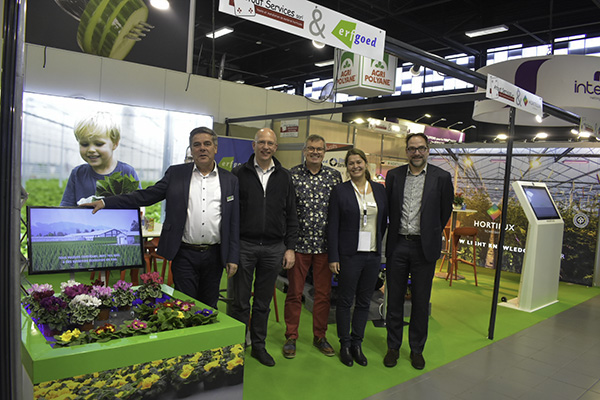 Marco Vijverberg with Atout Services (in the middle) with on the left the team of Erfgoed and on the right the team of Hortilux.

Local show
Over the last couple of years the Sival developed from a local show with a main focus in the wine and vineyard market to include more and more companies active in supplying fruit and vegetable traders and horticultural experts.

The French market is not an easy one. For growers, since it's not easy to start a business and to get the right contacts, and for suppliers. "Either being French, speaking French like a native or having a good French agent is a must", is what most companies explain. 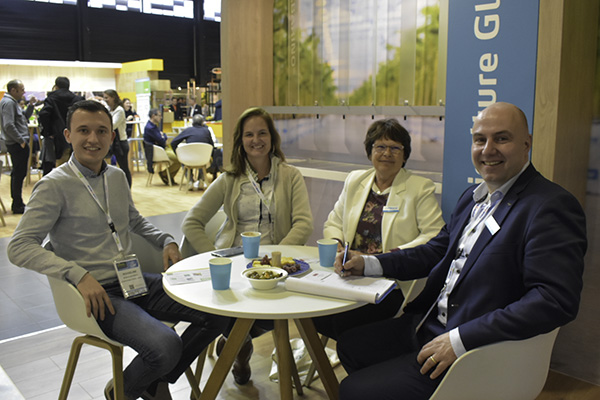 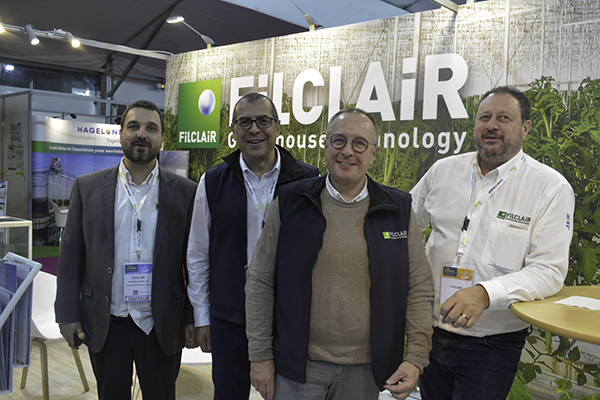 Wine and walk
The importance of relationships in the French industry also shows itself at the show, where the bottles of wine are opened right after the first cups of coffee were downed and where you can easily create a DIY wine tasting by visiting several companies. In the French market of course price and quality matter, but so do relationships and those take time.

We'll provide you with a full photo report later this week.