The American Grown Campaign launched at the Southeast Regional Fruit and Vegetable Conference on January 11. The non-profit was created by growers to address the growing financial crisis in American farms. American Grown was founded with farmers and growers from Florida, Georgia, and Michigan.

“America’s farmers need our support now more than ever. They feed our families, our communities, and the world,” said Florida Agriculture Commissioner Nicole “Nikki” Fried. “They support our economy and the environment. Every time consumers shop for fresh food, they have a choice — they can check the label, buy locally-grown foods like seasonal produce, and demand their grocers stock locally-grown products. Join me in fighting for American farmers, and demand American Grown.” 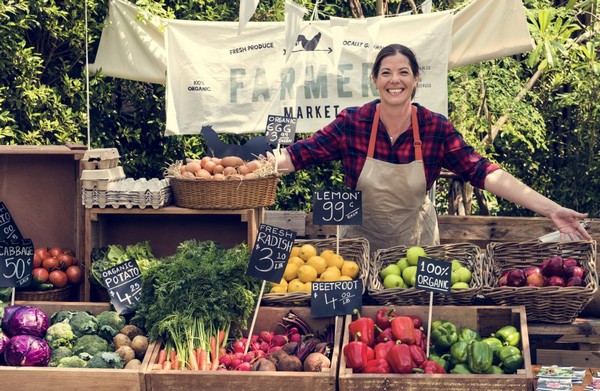 The American Grown campaign was started to remind and encourage consumers and community groups to buy American foods and produce. This is an issue of health and American farm vitality, critical and extremely time-sensitive.

“This American grown campaign is the start of a nationwide movement where American farm families in common purpose, armed with every modern communication technology available are going to to go straight to the American consumer and ask their fellow Americans to stand with them by purchasing American grown products,” said Russ Goodman, Georgia Blueberry Commission member and owner of Cogdell Berry Farm. “We have no option but to be successful in this endeavor for if we fail we’ll lose the American family farm and rural America and with it the heart and soul of our country.

“American consumers should support American growers whenever possible,” said Ryan Atwood, president of the Florida Blueberry Association. “American farms are important for the security of our nation and the health of our local rural communities.”

According to southeastagnet.com, a mere 5 percent of US companies now control sales of over 75% of all the food grown in America. Increasingly, they are selling third world grown foods reaping big profits and causing foreclosures on our farms. The American Grown campaign is sounding the alarm, educating consumers and community groups about this crisis, and encouraging them to speak out.