“There is a lack of unity in organizations, but the field is united”

Produce thrown away in Almeria due to low prices

On Wednesday January 8, 2020, eggplants and tomatoes have been thrown away in La Cañada, Almería. “Eggplant and tomato continue to lose value. The Moroccan production is taking a negative toll on our products,” said the president of the Union of Independent Agricultural Producers (UAI), Joaquín López, known to everyone as Bernabé.

“We have received a call from Germany because after analyzing imported tomatoes they believe they are not of Spanish origin. The marketers buy them from Morocco and then re-label them. They want to investigate and, if so, denounce these practices. The European Union cannot allow it,” said Bernabé.

“The aid to OPFH (Fruit and Vegetable Producer Organizations) is only for producers who are part of cooperatives. The producers who are not a members of a cooperative won't get help. The result is that in Spain, aid does not reach those who need it most,” says Joaquín López.

"Europe is not interested in knowing what is happening in Spain. There is talk of oversupply when Europe consumes less than usual due to prices. The costs increase. For example, shipping a kilo of peppers from Almeria to Germany becomes about 15 cents more expensive, and about 5 cents when going through the sales and distribution channels; therefore, it makes no sense for a kilo of peppers for which the grower receives 30 cents to be sold on the shelves for € 5 per kilo,” says Bernabé. 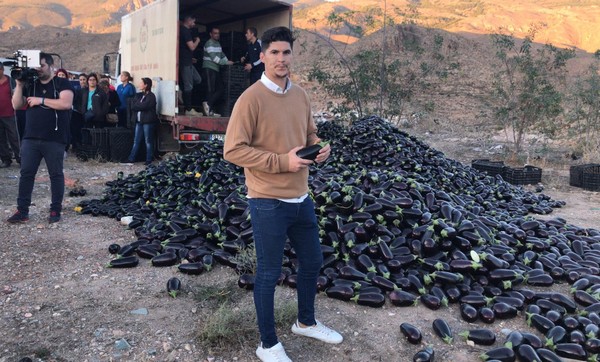 “The result is that the grower produces more to cover the costs and the consumer buys less because of the high prices. The European consumer buys two peppers, but for the amount paid, they could be purchasing a whole box. If the consumer buys more, oversupply is prevented.

Currently, the UAI already has thousands of associated producers and continues to grow. “The producer must act a little more like an entrepreneur when it comes to the marketing of the products and thus not leave that in the hands of traders," said the president of the UAI.