Walter van Vliet on next level sequencing with NimaGen

"At the forefront of what is possible"

NimaGen has put a new technique on the market, named Reverse Complement PCR. It is a new & novel Amplicon based targeted enrichment method for Next Generation Sequencing. With this technique, a broad spectrum of nucleotides can be analyzed accurately and the risk of cross contamination or carryover as well as the number of actions to be performed has been significantly reduced, certainly when much material has to be studied. "It has interesting applications in the medical world, for forensic purposes and for all forms of research. That certainly also applies to the plant world", says researcher Walter van der Vliet. 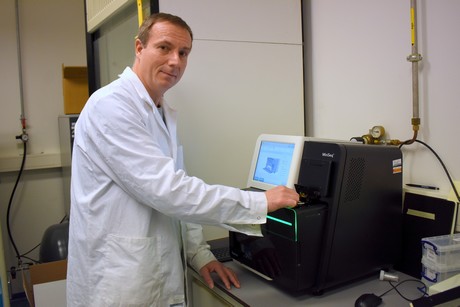 Success in breeding largely depends on the speed at which one can select. Therefore, one increasingly often makes use of specialized research institutions and companies, which can look into the genome with new advanced techniques and crack the genetic code. This is called Sequencing; determining the molecular order of the DNA, and by marking and selecting specific components, years of (intuitive) crossings can thus be shortened.

Double improvement
There are various techniques on the market with which this is possible. For most of these, DNA must first be replicated twice to be able to analyze it properly. The samples must then be added together, on which the actual analysis can take place. “It works, but has two disadvantages. Cross-contamination can occur in the different steps, which can have a very negative effect on results. In addition, it is labor-intensive, because many steps must be followed and many samples must be analyzed separately. With our technology, this process is easy to automate, both steps are combined and more results can be distilled from more samples at the same time.” 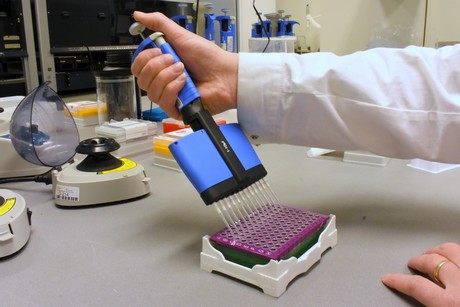 The technique originates from the hospital and was developed by two researchers from the National Health Service in a laboratory in Salisbury, United Kingdom. Research was carried out into the genetic predisposition for breast cancer, cystic fibrosis and all kinds of other diseases. NimaGen has exclusively licensed the patent. The physical product does not consist of any machine but of boxes containing the required reagents.

NimaGen has now developed a number of applications for RC-PCR. For example, they are working on the so-called liquid biopsy application, with which blood samples can be checked for the presence of DNA from cancer cells. A second application - no doubt others will follow - has been found in making tests for companies in the plants industry. For plant breeding, these kits are marketed under the name "GreenoType". These are custom made, or specifically made for customers with a certain research question. The breeder must bring in knowledge, so to speak, on which markers should be added and what type of properties should be searched for.

"There are two projects in a final phase; one customer has many DNA markers and simply wants to do marker-assisted breeding; the other has just a very small set of markers on the basis of which he wants to see if his product and the seed are of sufficient quality. Because our test is so sensitive, it means that instead of finding 1 out of the 100 bad seeds, he will soon be able to find 1 out of the 1000 bad seeds. That can prevent a substantial loss of income. " 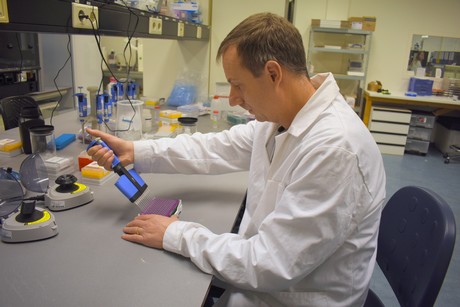 Faster, more, and more accurate
Thanks to this technique, it is possible to map a larger part of the genome faster and more accurately. Big players, of course, bet on a genetic approach to breeding, but when they start testing, they often do it again the old way, explains Walter. “We are at the forefront of what is possible. For the time being the technology is not cheap, but as many more properties can be analyzed at once, it is probably relatively cheaper again. If the customer sees that he can make a decision on much a larger basis, so that all of a sudden he has 50 characteristics in focus instead of just those 5 that he had in advance, then he will certainly be interested. We saw that for example at the PAG Conference in San Diego (USA) last January and at Seed Meets Technology in Zwaagdijk (Netherlands).”

Outsmarting the competition
Now it is important to build more references. The possibilities are endless. Bacteria can be detected in blood or tissue, but also in plant material or in the soil. All kinds of tests can be developed for specific species or it can be used, for example, to see whether or not an earlier cross or genetic manipulation via CRISPR-Cas has succeeded. “However, we depend on our customer for concrete results. We can show that it works, we do tests on reference material and send it back, but they will put it back to their gold standard. To what extent they gain (competitive) advantage from it - we think they will, but we will indeed have to hear that from them.”

NimaGen originated in 2011 from Biolegio, a company that makes oligonucleotides (oligos) or small pieces of DNA. These serve as raw material for various products that are marketed by NimaGen. Eight people are now working there, but it is expected that in the coming year it will take on three or four people to actually be able to run the projects behind the scenes.