Wouter: "To start with, the grower has to realize that growing in a semi-closed greenhouse is completely different. In traditional cultivation, the settings of the climate computer are often changed. And that is exactly what you should not do in a semi-closed greenhouse. It really is a cultural change for growers. They have to be on top of that to make it a success." 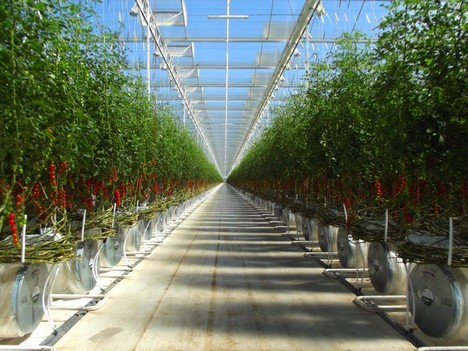 Since last summer, the people of KUBO Smart Growing, the service branch of this greenhouse builder, have been looking over the shoulders of the grower at Red Star in Dinteloord. Good agreements have been made about the desired input and output. Interesting results have been achieved. It is still a little too early to go into this in depth. The balance sheet will be drawn up at the end of summer 2020. At KUBO, they believe in the concept. "The main approach is that the computer will control the greenhouse. At KUBO, we believe in the future of the autonomous greenhouse."

Energy
Rising energy prices have made CHP a formidable competitor of the semi-closed greenhouse in many countries, but Wouter is convinced this will not remain in the long run. Wouter: "In the long run, the fully electric greenhouse will become reality. It's what society wants and what we're headed towards, and we can't ignore that. It's about time everybody starts to see this." With the deployment of the completely electric greenhouses, the Netherlands could once again be at the forefront. KUBO hopes that in this way, the Netherlands will be able to set an example in the near future.

Phytosanitary advantages are another reason why the semi-closed greenhouse is believed to be the future. "Unfortunately, we have to deal too often with new pests that affect the crop. Due to the overpressure in the greenhouse, unwanted insects remain outside the door. This offers phytosanitary advantages." Of course visitors entering into the greenhouse aren't taken into account with this and they remain a threat to food safety. "That is a different subject and therefore requires different measures." 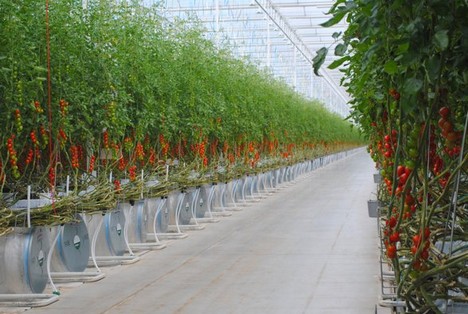 Lettuce will be grown on 3 hectares. Wouter: "Lettuce is pre-eminently the crop that is suitable for an Ultra-Clima greenhouse. The crop thrives very well because of the airflow created by the technique used in these types of greenhouses."

He adds: "In lettuce cultivation too, a semi-closed Ultra-Clima greenhouse takes you further than a traditional greenhouse - but as a grower it remains difficult to flip the switch in your head. Stay away from the controls. As a cultivation manager you have to have the courage to do something like that. Put your own skills in the background and you'll see that that pays off."