No major wave movement in the organic greenhouse vegetable market

The end of a year is not the busiest for organic greenhouse vegetable growers, so the activities at the sales offices were also somewhat less. Yet that does not mean that people are not proactive. The financial balance for 2019 has been drawn up and the plans for 2020 were being finalized. Across the board, 2019 was ‘a nicely balanced organic greenhouse year’, but results achieved in the past, well, you know ... 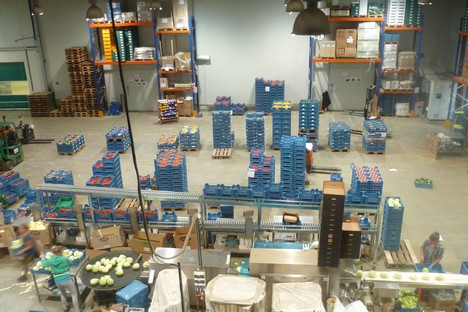 At the beginning of November it became really exciting for a while. While the season in the Netherlands and Belgium was relatively calm towards the end and people were already busy making plans for 2020, all at once the bankruptcy of Frisian greenhouse vegetable grower A.C. Hartman threatened to mess everything up. 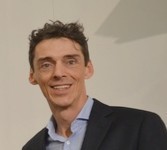 This is because around 20 percent of the total supply of Dutch greenhouse vegetables comes from the greenhouses in Sexbierum. "If that were to disappear, everyone would have gotten a considerable additional challenge", confirms Cees van Vugt of Naturelle, the organic greenhouse branch of The Greenery with a sense of understatement. "Just to magically add about twenty hectares, that would have been impossible in the short term."

Boost
In the end, it fortunately did not come to that, and after two weeks of uncertainty it was announced that the takeover by the Best Fresh Group ensured a restart for the organic greenhouse vegetable grower. And that is a good thing, according to Krist Hamerlinck of Eco Veg, a Flemish sales organization of organic greenhouse vegetables also with their own cultivation. “If Hartman had dropped out, that would not have been a good thing. Such a large acreage that suddenly is removed, cannot simply be compensated just like that."

In the short term it might have given a boost on the price side, but in the long term there would have been major problems. "Everyone would suddenly have started to look for alternatives," is the estimate of Coert Lamers of Nautilus Organic, the only 100% organic producer organization in the Netherlands. "For example Spanish," adds Krist, "and then not only during the winter period, but also during the summer. That would have been disappointing for Dutch and Belgian growers who are doing their utmost to offer a beautiful home-grown product.”

A good, large mid-period
The latter, in general that is what the organic growers succeeded in very well in 2019. "2019 was a great year," says Cees looking back. “Everything fit pretty well last season. Of course there were weeks in which we had a bit too much produce, like at the start of the season. But after the longest day the volumes declined slightly and that benefited the prices.”

The previous two seasons it was mainly the growers of organic vine tomatoes that were justified in complaining about bad prices. 2019 was a better year for them, except for the traditionally difficult month of April, in which the switch from Spanish to homegrown produce is made by the retail sector. At that time the organic cucumber growers were already on the market. "Our growers started with this at the end of February," says Coert.

“In the beginning, the prices were very disappointing here, but after the first crop rotation, prices rose parallel with the regular cucumber market. Bell peppers also showed great similarities with the usual season, with a very volatile supply pattern as a result of the well-known difficult to control setting. Except for the first and last weeks of the season, it was a good season with few quality problems despite the extremes.” 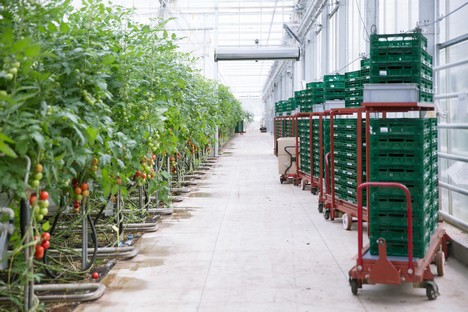 Tomato shifts
The same also applies for the other product groups, including eggplants, loose tomatoes and specialty tomatoes. For the coming season there will be a few shifts, especially in the organic tomato segment, although there will be no major shifts. "We will be getting an extra few thousand meters of organic snack tomatoes," says Coert. “Not entire hectares, but the organic greenhouse vegetable market is not prepared for that either. The market is fairly stable, although to my knowledge there will be an additional handful of hectares in the coming season.”

Cees will also have some extra area with organic vine tomatoes this season, although the total acreage remains the same. "We will continue with the same own growers, whereby the growth in vine tomatoes will be at the expense of some bell pepper area, of which we will do a little less next year." 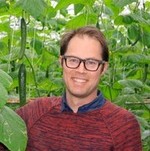 When determining what will be grown next season, the customer demand leads. Yet Krist also looks at the cultivation side. “With all the existing threats that there are from an increasing number of bugs and especially viruses, the challenge gets bigger and bigger. Moreover, you can see that labor costs are going up sharply, which I think means that a higher return can be achieved with coarser tomato varieties. With us, that is marginally at the expense of the finer types, while we are also going to plant a little more eggplants because of certain soil-related problems." 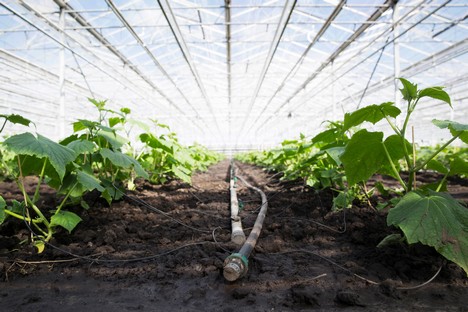 ‘Presale’
The majority of the productions are "pre-sold" by the sales parties in the organic greenhouse vegetable market. "With organic there is actually little or no room for day trade," says Coert. "That's why every week you have to make a good, reliable forecast."

Cees also points this out. “The organic market is even more vulnerable to surpluses than the current organic greenhouse vegetable market. You do not want to have to sell organic products at any price, just as sometimes has to be done out of need. We always try to get more out of it than the price for current and often we can do that with promotional weeks and well-coordinated programs together with the retail.”

Unfortunately, it sometimes happens that organic product must be sold as regular, which is Krist's experience. "We do it as little as possible, although you also have to deal with quality and freshness, which means that sometimes you have no other option." 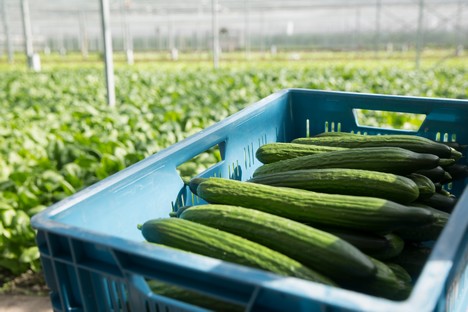 Emerging markets
And where does the organic greenhouse vegetables mostly go? In Belgium a lot to the consumer with a strong preference for home-grown product. "Although organic growth in Belgium is relatively weak," Krist notes. "Belgium is lagging behind." Meanwhile, as is widely known, the Netherlands is the ‘export champion’. as Cees calls it. "We ourselves, for example, send a lot to the United Kingdom, although you have to deal with the continuing uncertainty with Brexit there."

Nowadays Coert no longer worries that much about it anymore. “Two years ago I worried more, but now I see that our customers have prepared well and we do not export ourselves. And should there be a need in January, then we are not yet on the market and I expect that the worst start-up problems are already passed."

It is also noticeable that Germany is increasingly gaining a foothold in the organic field and that there is a great preference among consumers for the local products. Krist still sees growth at our neighbors to the east. "For example with cucumbers, where you see that instead of Spanish sealed cucumbers there is a growing demand for unsealed cucumbers."

Demand is also increasing for Demeter product, an even "greener" certification for organic product than the regular skal certification. An additional advantage is the greater degree of stability, Coert points out. “Germany predominantly uses weekly prices and rarely opts for price agreements over longer periods. With Demeter that is possible, whereby this year we managed to sell half of our product from our three Demeter growers as a Demeter product to two German retailers. In 2018 that was only fifteen to twenty percent. The rest of the production is sold as ‘organic’."

And other countries? Krist mentions Scandinavia and this year Coert saw, via Dutch customers, organic greenhouse vegetables leave for emerging organic markets such as Poland, Romania and Croatia. "Although not yet in large volumes, you can see it is starting to come."

This article was previously published in edition 12, 33rd volume of trade journal AGF Primeur. See www.agfprimeur.nl for this.