Haket turns 40: "The market is sometimes fickle, but we are stable"

Some milestones simply cannot be ignored. The Haket brothers of the horticultural supplier of the same name from Wateringen thought so too. “We are proud of our company and our employees and we wanted to show this. We celebrated the anniversary in the form of a company weekend with the staff, and with that we reflected shortly about the origins of Haket.” 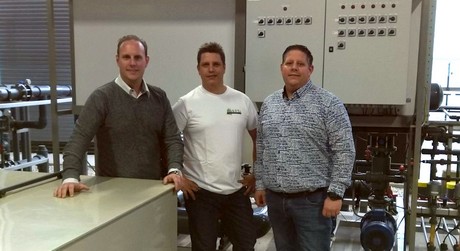 The brothers from left to right: Ronald, Hubert and Roelof Haket

The origin
In the early years, for a long time, it was only about Haket all the time. In 1979 it was father Dolf Haket who started in Delft and later in De Lier with the production and installation of water systems for greenhouse horticulture. After a few years, screening installations were also added. "A logical combination at that time, like water and electrical engineering are nowadays," says Roelof Haket at the canteen table.

For a long time, Haket was a subcontractor, but from 2000, Haket also entered the market as a main contractor. "From that moment on we started to grow and the projects became increasingly international as well."

Nowadays, the name Haket often is mentioned together with Elektravon, with which there is close collaboration under the name Elektravon-Haket. Within this combination, customers can purchase the combination of water and electrical installations on a project basis. 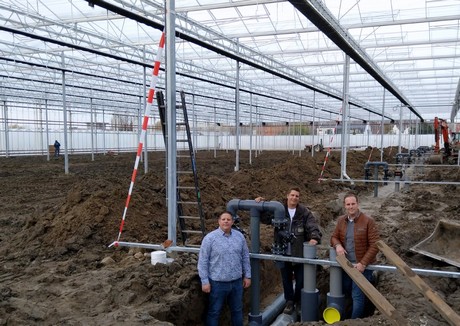 In the under-construction greenhouse at Huub van Leeuwen in Poeldijk

"In the canteen we have a world map on which I intended to pin flags for the countries where we have done projects," says Ronald, after which he sums up Canada, America, Germany, Turkey, Poland, Greece and Kazakhstan by heart.

But also just Poeldijk as well, where the team from Haket is currently involved in a new-build project, or an emergency job where someone with a diving suit solves a problem in the suction pipe of a basin. The photo of which hangs on the photo wall in the canteen.

All this often with staff who have been working at the company for a long time. “Over the years, they have built and installed systems at both new and existing greenhouse horticulture companies, in very specialized experimental gardens, but also for the larger, for example, bell pepper and tomato growers." 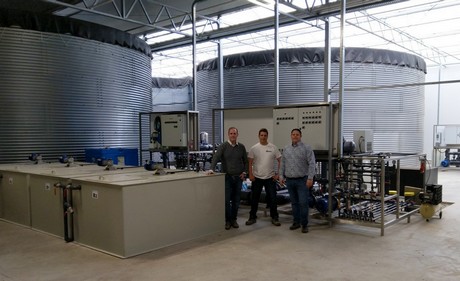 Knowledge of the system
The vast majority of the projects is about water technology, but Haket still does some screening. "As a result, you might end up somewhere else than in a greenhouse itself," says Roelof. "For example, a nursing home where a screen must be placed or in a chicken coop where a rollable cloth had to be placed."

But enough about the past. At the beginning of December, there were nine water units ready for transport in the storage warehouse. The focus is directed at the future. A future with scaling up and internationalization in a market that at times is quite fickle. “As a company, we ensure that we are stable. That is the most important. We want to continue to build, draw and design so that we can respond to specific customer wishes. For example, it is possible to go up with water units if space is limited."

Everything to relieve the customer, grower, supplier or main contractor, that is what Ronald and Roelof emphasize. “Specific knowledge is involved in international projects. Knowledge that you provide together with your product, because sometimes more is demanded abroad."

Finally, the men would like to thank all suppliers and customers for their confidence in the past years and for the future. "Without them this anniversary would not have been possible."