Due to the low prices in the market, Spanish greenhouse growers stopped harvesting their peppers and eggplants until the prices exceed the production costs. "Indefinitely", they say. A major strike of vegetable growers is announced for November 19th. According to associations and agricultural producers, the structural problems that cause prices to fall below production costs are caused by the administrations, unfair competition, the power of large chains and the lack of crisis management tools.

Bad prices
The sale of Spanish greenhouse vegetables is not doing well this season. The prices are very poor, especially for eggplants and peppers. Also, cucumbers and courgettes aren't doing well - only tomatoes and leafy vegetables are somewhat OK.

Speaking with different interlocutors of the Union of Independent Producers, the conclusion is similar: “Everyone is affected. Now, what matters most is to stand united, since the risk when there are many associations is the lack of structure and poor coordination. It is vital to join forces against structural and certainly not temporary problems,” says Andrés Góngora Belmonte, general secretary of growers organisation COAG.

He says that the problem goes much deeper than a mere bad campaign with disastrous prices. "The most striking price differentials are those of eggplant and pepper, but the pumpkin campaign has been really bad, and cucumber prices have recorded sharp drops. The reduction of the tomato acreage hasn't been reflected in the crop's price, even though prices are usually better at the start of the campaign." 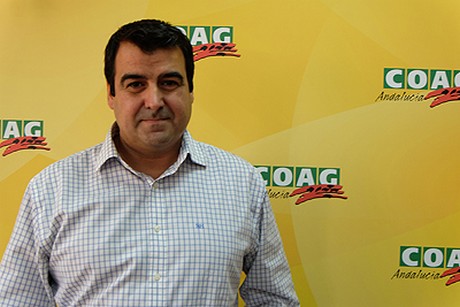 “Agriculture is being dismantled by EU policies”
According to Andrés Góngora, the European Union provides food security and then dismantles its productive sectors with agreements with third parties. "The EU, instead of acting as a market, is dragging us into a situation of defenselessness. The entry of products from third countries is decisive, and in Europe, free exchange takes place without control. Even signed agreements are not adhered to."

According to Andres, an example is the agreement with Morocco, mainly those involving tomatoes, zucchini and green beans, for which the quotas were exceeded. "Last year, 320,000 tons of tomato were authorized, but 450,000 tons were actually imported."

“The quotas are not respected. We ask for the customs duties, but Brussels doesn't report about their collection. In some products, the minimum price for the entry of tomatoes cannot be lower than 46 cents. However, it is still sold below that price, which is even lower than the production cost,” says the general secretary of COAG.

Minimim prices for growers?
“The producers need a minimum price that covers costs and allows them to make a living, but that isn't their reality. They have no capacity to negotiate minimum prices, so the producer is financially suffocated,” says Andrés Góngora. “The institutions drive the producer to negotiate directly, but the position of market domination prevents valid agreements: prices, suppliers, transporters, norms, and even promotional periods and price drops are imposed.”

Andrés Góngora points out that consumers don't know that the promotions of the type “Take 3 and pay 2” are paid for by the producer. “The retailers impose the discount on them; the producer delivers 3, but only gets paid for 2. In the end, the deal is offered by the grower, and not by the retail chains.”

We are not talking about isolated cases. The citrus sector has gone through basically the same, even though they also have the support of the processing industry. The situation, however, is still similar. There is also the case of the latest stone fruit crisis. These two sectors are not yet considering the uprooting of trees, because it is a difficult task, but in the case of tomatoes, producers are switching from one crop to another without strategies, which is counterproductive.

The paradoxical conclusion
“It is a fact that the market needs all
products and that the consumer currently appreciates ​​quality more than ever. However, our situation is still worse than ever. Consumers are aware, but the big chains are the ones that take advantage,” says Andrés Góngora.

"It isn't fair to say that the Spanish fruit and vegetable sector is a pioneering and dynamic one with a great future and ignore the situation of the producers," concludes the Secretary General of COAG.

Stop harvest
This week growers decided to stop the harvest. This decision was announced by the recently erected Union of Independent Agricultural Producers from Almeria. This organisation was formed to unite growers and make it possible for them to step up. They say that their start-up meeting last month was visited by over 2,500 growers sick of the situation in which growers are played out and want to unite the growers to make it possible to strengthen up. "Hold up your sales until you reach your minimum price - and do not sell your product in any other situation", is their advice.

They say the position of growers currently is bad and is even further threatened by trade agreements with the Mercosur countries, including Argentina, Brazil, Uruguay and Paraguay. In addition, Spanish greenhouse growers felt the pressure of Moroccan competition for years already.

Joining forces
Also other organisations take action. The agrarian organizations COAG, Asaja and UPA, together with the producers' association Coexphal and the marketers' association Ecohal, have joined forces due to the severe situation that Almeria's agricultural sector is going through, given the low prices at origin.

They have called for a demonstration to take place on November 19 in Almeria, in which they will ask the public administrations to provide solutions to the "structural crisis" that the sector is suffering.

Furthermore, they want a strike involving "everyone who has something to do with agriculture," as well as the citizens of both Almeria and the neighboring provinces. "We want it to be a historic day for the sector," they said in a joint press conference.