“The future of horticulture lies in the city”

On the roof of the crate warehouse of the REO Auction in the Belgium town of Roeselare, a greenhouse rises with the staggering name; Agrotopia. The project that serves as a research space for Inagro and provides the auction with fresh vegetables is said to finish construction in June 2020. Architect bureau Van Bergen Kolpa Architects sees it as an example of the connection between the horticultural industry and the customers. 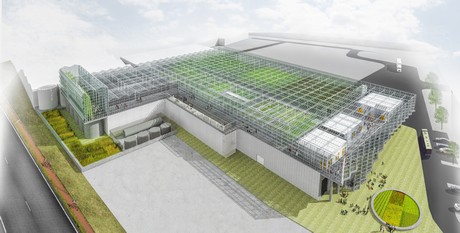 The greenhouse that is being built on top of the crate warehouse of the REO Auction in Roeselare.

Twenty compartments
The design of the twelve-meter high greenhouse with a noticeable roof is the brainchild, as they say, of Van Bergen Kolpa Architects and Meta architectuur bureau. “The greenhouse is divided over twenty compartments where once finished, tests on crops that need to provide future cities with food can be conducted to one’s heart’s content”, says architect Jago van Bergen. “The design is based on a traditional greenhouse design, but the indented roof and the adjusted screen system makes it easier for visitors of the greenhouse to look outside. It also is now easier to look inside of the greenside from outside of the greenhouse. In doing so we have created a connectedness to the environment.”

Customer intimacy
The connection to the environment is of great importance to Van Bergen Kopla Architects. Customer Intimacy Jago calls it – something that is further exemplified through the unique location of the project: on top of the REO Auction. “When your customer is right underneath you, so the lines of communication are short. This way the grower can easily determine the price.” In this regard, however, there are still countless opportunities left to discover. “Growers and customers now look for all kinds of opportunities to make them more visible in the city and to the consumer, and what better way to achieve this than to grow in the city. You are able to produce more market-focused by growing on the roofs in the city. There is a massive surface of unused space that can be used for that, and then we haven’t even mentioned the amount of labor available in the city. The future of horticulture lies in the city.” 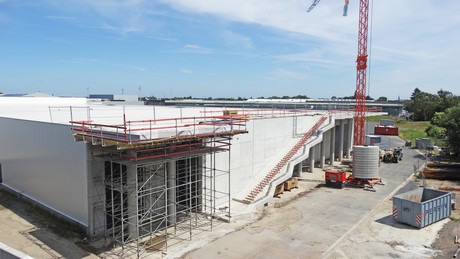 This is where the impressive roof of the greenhouse will be 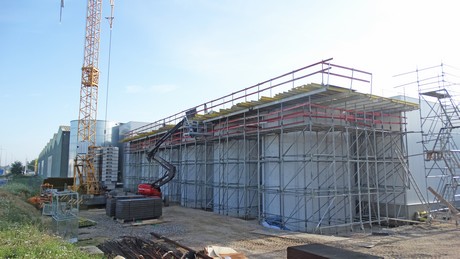 Realization of the greenhouse

Growing up between the greenhouses
Where does this conviction come from? Jago grew up in the Dutch Westlands, between the greenhouses. In the end, he did not end up becoming a grower but an architect instead, although the greenhouses could not seem to let him go. Since 2000 he has been busy with the combination of architecture and food. “I like to draw up designs where the combination of horticulture and other elements gets a place in the city. As an architect, I look at the livability of the city, for which a green environment becomes more and more important. The production of food is often lacking in the cities, although this does contribute to a greener living environment. In our designs, horticulture is combined with other functions to make them fit in better with the city. So it is not only a greenhouse for production but also education, exposition and demonstration, that is the combination that gives an advantage to the growers and the other partners in the production chain.” 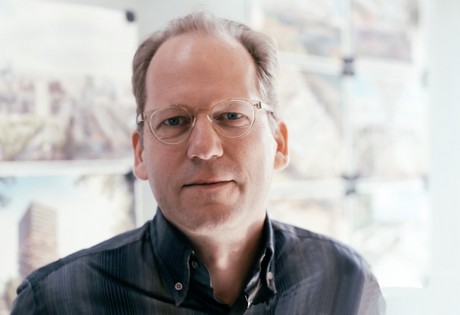 Job opportunities
According to Jago, Belgium is ahead of other European countries due to the project in Roeselare. “It is great if companies dare to take that step, and that should be possible in the Netherlands as well. As was said: the future of horticulture lies in the city. While there is a need for more employees in horticulture, most young generations go to the city in search of a job. That is where you need to be visible, where you need to be present.”

As an example of this, Jago gives the American Vertical Harvest, a greenhouse in the American city of Jackson that was build around a parking garage and where people who were at a distance from the labor market could get work. “We are looking for a collaboration with entrepreneurs that dare to make those kinds of connections. With our designs, we can help them realize those connections.”

Fitting with the environment
Those city greenhouses are built in such a way that, like a beautiful building, they are welcomed to the city with open arms. The company is also working in China on a similar project. “That will be a three-story greenhouse, a kind of warehouse where different cultivation solutions are stored. One floor will have vertical farming, one will be for the cultivating of flowers and one will be a rooftop garden. In the middle of the building, there will be an open space where you are able to see all the floors at once. This project resulted from the demand of their horticultural industry: how can we prepare the growing cities for the future?”