US (PA): Microbial inoculants for agricultural soils – potential and challenges

In the past decade, there has been a surge in the development of microbial products for agriculture, including bacteria and fungi that supposedly benefit crop productivity. Hundreds of start-up companies have been founded with a focus on microbial product design and development, while major agricultural companies have increased investments in this area. Many terms are used to market microbial products, which can make it challenging to understand what you are investing in. Microbial products are referred to as crop probiotics, biological or bio-fertilizers, biostimulants, biocontrols, or biofungicides, among other names. They may contain one strain of bacteria or fungi, or they may contain many. Some are applied to the soil, others are applied to seeds, and still others are added as foliar sprays.

The ability to capture microorganisms (usually bacteria and fungi) that could benefit agriculture is not new. Rhizobia – beneficial bacteria that form nodules in the roots of legumes and provide the plant with nitrogen captured from the atmosphere – have long been known to boost legume yield and health, and rhizobial products have been sold since the late 1800s. Mycorrhizal fungi have long been recognized as important plant partners, scavenging nutrients from the soil and delivering them to plant roots, and some species can be isolated and mass produced. 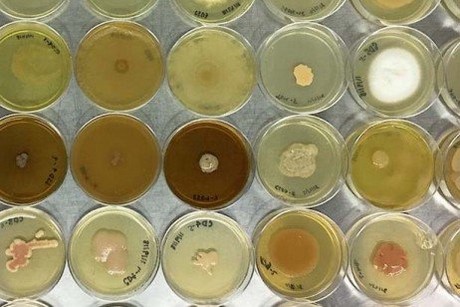 So why all the fuss today? New research tools have appeared in the last decade that allow us to study the vast diversity of microbial types and functions in agricultural systems. In general, this is done through mass sequencing of their genetic material. Using sequencing and other tools, researchers can fully appreciate the huge diversity of microorganisms that live in agricultural systems, and the enormous diversity of beneficial functions that they can provide. Although many of these functions have been known for decades, new research helps describe how common they are, as well as how they occur and when. Some of these beneficial functions include transforming nutrients into forms that plants can use, encouraging increased root growth, suppressing plant pests, activating plant immune systems, and helping plants cope with drought.

The idea is this: adding microorganisms that perform beneficial functions should increase those functions in soils or plants. Microbial products are therefore marketed as alternatives or supplements to conventional fertilizers and pesticides, expanding the management toolbox of farmers. There is also the assumption that these products have a lower impact on the environment during production, and following application to agricultural systems (e.g. less nutrient runoff than chemical additives).

Most companies that generate microbial products follow a similar process. First, many microorganisms are captured from soil or plant samples, and are then grown in lab cultures. Next, these lab-grown microorganisms are tested for their ability to improve the growth of crop seedlings in a lab or greenhouse. Promising microorganisms then advance to field trials. If successful in the field, a microorganism will likely be slated for commercial approval and production. Large quantities of the microorganism must then be grown, formulated, and packaged for sale. 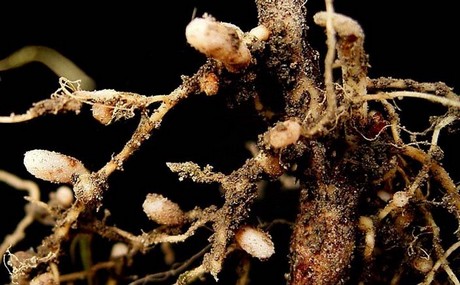 1. Formulation and shelf life. Companies developing microbial products must find a way to stabilize live microorganisms for sale. While some products are sold as a liquid, dry powders or granules typically have a longer shelf life and are less likely to become contaminated. However, dry formulations are challenging in another way, since many microorganisms cannot survive the stress of drying or persisting for a long time without water. For some species, this is partly avoided by adding dormant spores, which are more resistant to stress. Such spores often become active again under the right conditions in soil. However, long-term storage is still problematic for most spores, and many beneficial microorganisms do not form this type of spore. Many live products containing Bacillus and fungi integrate spores instead of active cells.

Microbial products may also be incompatible with other common agricultural inputs. For example, if a broad-spectrum fungicide is applied alongside a beneficial fungus, it may hurt its activity and survival.

2. Survival and establishment of microbial products. We will take soil-targeted products as an example here. Added microorganisms must be able to survive in the soil environment, and usually, grow in the soil surrounding plant roots. In general, they need to establish a large and active population to have observable effects on crop productivity. This is not always trivial. Soils vary enormously in factors such as pH, nutrient concentration, organic matter content, texture, temperature, and moisture. These factors are all known to impact the survival of different microorganisms. If the added microorganisms are not well adapted to a particular soil type, it could potentially slow or halt their growth and activity. In addition, soils are already inhabited by a huge number of resident microorganisms, and introduced microorganisms may experience substantial competition from those.

Solutions to formulation and shelf life challenges are an active area of research for material engineers and biotechnology experts. Solutions to establishment challenges fall to soil microbiologists and ecologists, and this is the primary interest of the research in the Bell Lab at Pennsylvania State University.