for structural transformation of horticulture in China

Dutch horticultural manufacturers, system suppliers, training and education partners, the Chinese government and related investors have jointly attended the official announcement last week of the start of the realization of the first Chinese Multi-Functional Horti Center in Shandong (DHC). 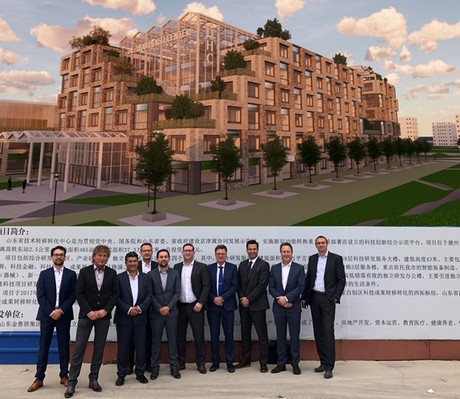 The purpose of this fully functional Horti Center is to be the co-creator and supporter of a modern horticultural industry in China with its base in Shandong, the vegetable province of China. Shandong has 300,000 ha of solar greenhouses and 675,000 ha of multispan plastic greenhouses and tunnels. An active platform on the highest cooperation level for Chinese transformation to modern horticulture and cluster industry for horticulture. Gathering knowledge, engineering, manufacturing and innovation power for support to the structural turnaround of rural areas and create the consent modus for a Chinese standard.

Both national companies have started, by order of Government, to spearhead rural areas and improve living standards.

DSG is the operational partner for upcoming project investments and developments in the horticulture sector.

DSG announced to plan to construct more commercial greenhouse developments throughout China starting next year growing to 150 till 250 ha yearly by own funds and those for third-party projects. DSG’s vision stated that one can not exist without the other so growth from Horti Center output has to be in balance with the availability of proper build commercial greenhouses and right grow support solutions.

Producing food-safe vegetables is a topic for DSG and for third-party projects. For the guarantee there will be an autonomous Horti Quality Office for governance on constructing and the quality of total greenhouse production machines. As well as one that ensures that operations are carried out in accordance with food safety and production requirements. Within the implementation, protocols for distribution, tracking and origin apply. Supplementary DSG has a sophisticated market approach to get paid slightly more for premium products. 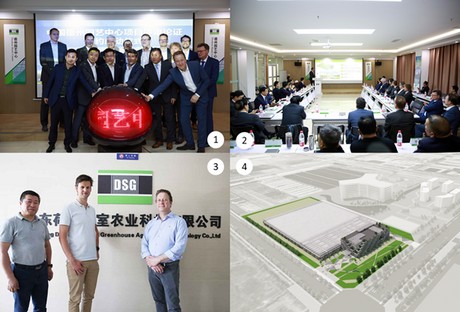 In addition to the fact that several companies have already registered with DSG with the desire to participate and are currently deepening, DSG indicates that more companies are welcome. There is certainly a need for more disciplines, specialisms at all levels to arrive at a sector-wide interpretation that can grow with the desired expansion plans. In addition to the Dutch horticulture industry and sector, international companies operating at Dutch level are also welcome for DSG. According to DSG, there is sufficient work so localization, cost price reduction and capacity growth is more important than internal competition thoughts because market-conform prices are always on the agenda.

DSG will provide appropriate support, unburdening, co-investing and financing where necessary for the connecting companies. The position of the cluster of companies is paramount and DCA will represent the face for projects and the brands and products within the Horti Center. In addition, every effort is made to ensure that the Horti Center guarantees sufficient upscaling of high-quality people.

The attraction to the cluster in Shandong, for projects throughout China directly connected to DSG’s investment partners and its huge companies structures, national and local investors, governments at local and provincial level looks very promising for both the Dutch and the Chinese sector. DSG is open to jointly investigating the possibilities for sector-wide collaborations and hope to succeed together to leave a footprint behind for next generations.